We are an Egypt-based media organization interested in producing intelligent and engaging journalism, and more generally in re-examining the role of media in relation to its public.

Working at Mada are a group of journalists and business developers based in Cairo. While we all have experience in media and business development in Egypt and around the world, we also have links to diverse fields including the arts, creative writing, social development, youth work, education, human rights, medicine and finance. We began mostly women, but after three years of life are about half men and half women.

Mada is the Arabic word for span or scope, which is the field of coverage we want to construct and reconstruct. It is also an old word for the groove holding the stone of a gem in its setting — a symbol of the act of taking a position. 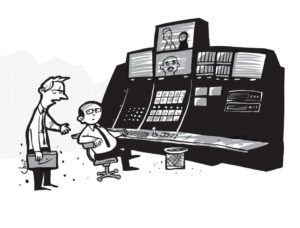 We report on Egypt in Arabic and English, with additional layers of insight or analysis, rather than simply immediately reporting on news. We write longer-form features, particularly in the areas of politics, the economy, culture and society.

We invite actors from a wide array of fields to write for us, proposing critical and different ways of understanding. Sometimes we spend months working on long-form investigations with exclusive information and insight. Mostly we write, experimenting often with narrative and language, but we also experiment with other forms, including photography, video production, sound work and visualizations. We host a blog for photo stories.

Through our journalism, we care about witnessing events and recounting them, in an attempt to create a truthful record about Egypt post-2011. We are interested in providing an engaged and inquisitive kind of journalism that constantly challenges, raises questions and proposes different possibilities. The goal of journalism to comfort the afflicted and afflict the comforted and to give voice to the voiceless,  is one that guides us in what we cover, how we cover it and who we speak to.

We are committed to an open and ongoing editorial conversation on the ethics of what we do, especially with regards to protecting the oppressed, the weak and children and to preserve the privacy of our sources.

In producing journalism in both Arabic and English, we are active participants in the Egyptian media landscape, attracting the attention of a growing base of followers, while also taking part in the international conversation about Egypt from our position as insiders.

Besides publishing, we have a series of activities and projects that broaden the scope of media work as we strive for it, and help us generate revenues to support our work so that Mada can be sustainable. We organize a diversity of events. We train young journalists and would-be journalists across the country. We provide editorial and business services, including solicited and unsolicited services such as the Mada Morning Digest. We produce merchandise based on in-house artworks.

In the background we continue to build our organizational model, calling on the values that can sustain the nature and credibility of our work, such as transparency, collective ownership and accountability. 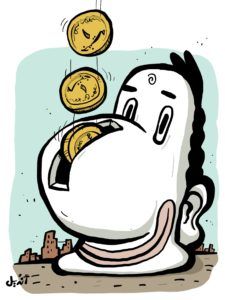 Mada was born out of crisis in 2013, when a group of journalists lost their jobs in one media organization, which cited a financial crisis, in what was a highly charged political environment in Egypt. It was also born out of inevitability, to secure a home for a dislocated practice of independent journalism that did not survive in mainstream organizations.

We started publishing on June 30, 2013, in the midst of popular protests and the ensuing political polarization. At a time when Egypt was divided around sharp fault lines, we stepped in with a different proposition: To remain true to our practice by providing a curious journalism that transcends the simplicity of binaries and that approaches stories from different angles. 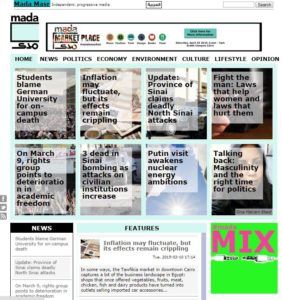 In order to launch, we had to wear several additional hats, besides journalism. Some of us became fundraisers. Others summoned their business development knowledge to try building a sustainable model. The artistic ones took care of creating our physical space and our virtual look on the web. The semi-geeks studied what technology could promise to journalism ahead of building and developing our website. And we all took on menial tasks, doing what needs to be done to keep the organization going.

Where we want to go 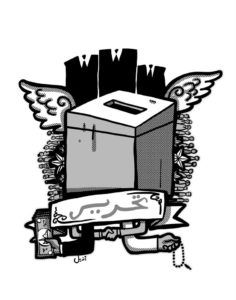 We want to continue to challenge ourselves to produce increasingly progressive, critical and engaging journalism, maintaining a position as one of the leading independent voices in the country. In doing so, we continue to defend the need for an open and healthy space for autonomous media practice in Egypt, where freedom of expression is upheld and the right to organize is respected.

We want to be on the forefront of the new journalism movement in Egypt, where organizations are journalist-run and reader-funded, where the content is user-oriented, where the internet is the native home, where telling comes in different forms and where writing at times hinges on the literary.

We want to be financially sustainable, through a model that can preserve our independence and in which our core readers can be a cornerstone source of support, whether through making small investments, subscribing to our services, buying our products, or simply reading us regularly and sharing our content. We want our accountability to ultimately be toward our readers.

AD
AD
Topics
You Might Have Missed
censorship
What we talk about when we talk about trees
Yasmine Zohdi | We are left with two choices: to withdraw entirely or to talk about trees. How do we create a third?
Tahrir Square
Mugamma revisited: Reimagining the building and the square
CLUSTER | We propose a range of activities: a library, affordable housing, a hotel, government headquarters.
LGBTQ
Where do old lesbians go to die?
Supernova | How can we grow old when the world never stopped making children of us, over and over again?
climate change
Carbon Colonies & A Green New Deal
Omar Robert Hamilton | Can the climate emergency show us how to see through the political stasis of our current regimes?