“I will develop ideas with my beautiful Mariam. They will include food,” Gasser Abdel Razek wrote in a message to me mid-August, in which he shared his intention to move on from the Egyptian Initiative for Personal Rights, the flagship human rights organization he has been running since 2015. “I am tired and rusty. EIPR deserves better and I deserve a break.”

Four years ago, I tried and failed to write a manual-style text titled “How to Withdraw.” I was too tired and rusty to write or to withdraw from what I had been doing at Mada, so I kept doing it, while constantly seeking counsel from Gasser. With his message from last summer, Gasser, 52, a human rights defender for over 25 years, a community compass, a loving husband and father, an aspiring cook and a lover of the desert, reminded me of the project. He reminded me that desire needs to fuel what we do, and that this might require staging some ruptures, some interruptions.

Gasser faced a different kind of rupture when he sat down alone in his apartment in Maadi on November 19 awaiting his arrest. He had sent his wife, Mariam, and their two sons, Khalil, 11, and Mourad, 7, to their house in the countryside. He told Ghada Shahbender, his longtime friend, that he didn’t want his kids to witness what he had as a child. “He had traumatic memories of his parents’ arrest, and of running as a child in prosecution offices,” Shahbender says. Gasser is the son of veteran leftist activists and journalists, Farida al-Naqqash and the late Hussein Abdel Razek.

“He was calm, chill and smiling all day. He prepared his bag [of belongings to take to prison] and made his coffee. I was the one moving in the apartment like a ping pong,” Mariam Korachy, his wife, a conservation architect, says. Security forces arrested Gasser from his house that evening. The day before, security forces arrested his colleague, Karim Ennarah, head of the criminal justice unit at the organization, from a beach in Sinai where he was on vacation. Four days earlier, Mohamed Basheer, the group’s administrative manager, was arrested from his house at dawn. They all face charges of belonging to a terrorist organization and spreading false news and are being held in remand detention, in what appears to be the government’s long-sought move to deliver a final mortal blow to one of the country’s most prominent human rights organizations. Gasser has worked in human rights since 1994, moving between local organizations that set the foundation of the movement in Egypt, and international ones that operate on a broader world stage. One would expect Gasser to be the type to cite clause x of international convention y on the rights of z in his conversations. But he and EIPR are both more ambitious and more grounded than that. With portfolios spanning the fields of criminal justice, economic and social rights and civil freedoms, EIPR’s approach to human rights has been powered by rigorous research and a sense of politics that engages with possibility.

“We have to have policy recommendations with an eye on what’s relevant within the limitations of the moment,” says Lobna Darwish, the gender and human rights officer at EIPR, quoting Gasser, with whom she has worked since 2017, pointing to his sense of responsibility to articulate possible ways out and practical answers to the various ills they have been documenting for years. Staying relevant and understanding limitations may explain the brand of optimism associated with Gasser — a sort of optimism of the will, and pessimism of the mind. Through EIPR and under Gasser’s leadership, the organization sought to “surpass the limits of human rights, to expand them and radicalize them.” While human rights work around women’s issues has traditionally been centered on women’s political participation, for example, EIPR chooses to look into where women fit in the new health insurance system, women rights’ within reproductive health systems, women’s position in the labor market and the prosecution of women online content creators for “violating family values.”

Gasser has chosen some essential fights, such as the very right of association and organizing that would allow civil society groups to exist and operate despite different forms of restrictive legislation. He also chooses to constantly intersect with broader political struggles. When the second Palestinian Intifada broke out in 2001, Gasser was running the Hisham Mubarak Law Center and opened up its headquarters to activists organizing in solidarity. Palestine activism would be an important precursor for more contentious politics in the country throughout the 2000s.  During the Mubarak regime, he volunteered to help with a campaign called “Shayefinkom” (we see you) that Shahbander founded to have popular oversight of elections in the mid-2000s. This is how the two friends first met: “He was working for the Egyptian Organization for Human Rights, and volunteered to help, with warmth and generosity. He was always one step ahead in his thinking.”

“He is aware of what’s happening globally,” says Amr Abdel Rahman, head of the civil freedoms unit at EIPR, explaining how the organization has surpassed the typical human rights constituency to belong to a broader spectrum of progressive activist groups whose loci transcend Geneva, Brussels and Washington DC. Their locus is in the Global South and their fight is against the rise of populism worldwide, a fight that demands a different human rights vocabulary altogether.

From their work with the government on health insurance legislation, and on the right to access medicines, their research on ways to counter air pollution, and their conversations on religion and religious freedoms, EIPR has been actively creating this new vocabulary. And they have been doing so under circumstances that can be described at times as paralyzing, which Gasser didn’t spend much time discussing. “Under repression, it is easy to be obsessed with what’s happening and to [self victimize],” says Darwish. “But Gasser doesn’t like to talk about what we are confronting. He prefers to talk about what the groups and the people we are working with are confronting.” A sign on his office door reads: “Strategic denial zone.” Gasser is a fun boss, says Darwish. “We are aware of what’s happening around us, but if it starts filling our heads, we won’t be able to work,” Darwish says. We are not heroes. We are just doing our job.”

Gasser’s leadership is centered on making space for everyone in his team to develop their portfolio by exploring their potential to the fullest. “He gives you full liberty. He is there to help in every step, passing on wisdom from his experience without labeling it as such and with much generosity. He is constantly accessible. And he doesn’t want to get the credit,” Darwish says. Mariam describes him as selfless and says his passion lies in tireless caretaking for his team members, while barely recognizing his own exhaustion. She is critical of his denial at times.

Gasser has refrained from being a public figure, and might find this article too divulging, but he would perhaps tolerate it out of faith in the democratic act of divulging that is central to journalism. He would also tolerate it because writing a profile about him means writing more about EIPR and human rights than about him. And when you are a prisoner for your work at such a high profile human rights organization, and you appear in front of the public prosecutor with your head shaved, frail and shivering, telling the prosecutor, “I am cold,” because you aren’t given warm clothes or a mattress to sleep on, your story may very well spread and pierce through the public consciousness. It might be the splinter of awakening that comes with every shiver in our bodies amid the slow arrival of winter.

Years of going to the desert haven’t helped Gasser cope with the cold of his solitary cell. Mariam says the Farafra Depression in the Western Desert was his favorite. He has taken her there over and again, and both his sons since they were newborns. As they grew, he taught them about the environment and how their consumption should be mindful. He also spoke to them about injustice, which Mariam says equipped them to understand how their father suddenly disappeared. Khalil, his eldest, told his mother he had been afraid that this day would actually come.

In the desert, Gasser might have been looking for solace or other possibilities, just as he does in cooking. Mariam calls it his therapy. “There are times where he would arrive from work and go straight from the door to the kitchen. He will be creative. There will be very few ingredients in the fridge and he will turn them into something. He will excavate techniques from recipes but never follow them fully.” In the early lockdown period of the pandemic, he brought his cooking to his friends via Zoom and made them a dish of roast beef with vegetables and Hollandaise sauce live from his kitchen. 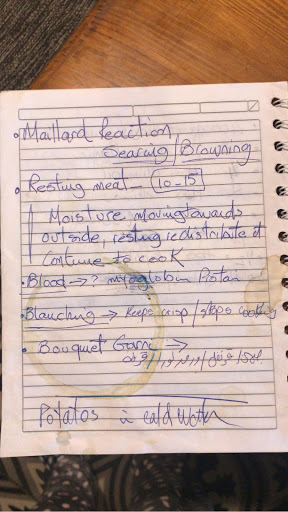 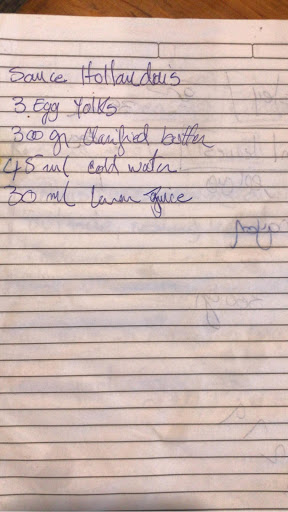 Gasser cooks for his loved ones. He also takes his loved ones to the desert. His love for the desert conjures an image from Jean Genet’s Prisoner of Love, where he calls upon us to “put all the images in a place of safety” and to “make use of them for they are in the desert, and it’s in the desert that we must go and look for them.”

I asked Mariam what her gut feeling was. “That we will be fine,” she answered hesitantly, like an echo to what Gasser might say.

AD
You Might Have Missed
Where do old lesbians go to die?
Mugamma revisited: Reimagining the building and the square
If they steal Sheikh Jarrah
Carbon Colonies & A Green New Deal
AD
Lina Attalah
69 articles on Mada