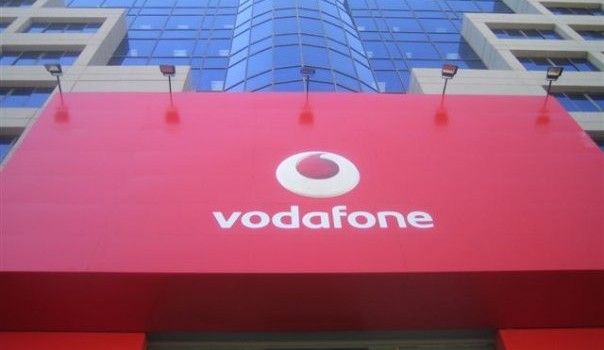 In January, Vodafone Group announced that it had signed a memorandum of understanding to sell its majority 55 percent stake in Vodafone Egypt to Saudi Telecom Company (STC) in a deal worth $2.39 billion. In the statement, Vodafone Group’s chief executive said the transaction was aimed at reducing debt and focusing on other geographic regions.

Yet according to multiple sources that spoke to Mada Masr on condition of anonymity, the move by the telecommunications giant to exit the Egyptian market is based largely on anticompetitive practices it has encountered when dealing with state-owned operator Telecom Egypt. Sources also suggested that the sale to the Saudi government-owned STC has yet to be finalized because the government has not agreed to the deal.

According to a source close to Vodafone who is well informed of the negotiations, the main reason behind the decision to exit Egypt was what they described as a “monopoly” practiced by Telecom Egypt over the country’s telecommunications infrastructure.

The source also said that Telecom Egypt’s control of 45 percent of Vodafone Egypt’s shares while its own mobile subsidiary, WE, directly competes against Vodafone was a clear conflict of interest. “How can they share profit with us while competing against us at the same time?” the source said. “How can I work while my competitor is my partner and knows every detail about me, large and small?”

According to the source, Vodafone attempted to circumvent this monopoly and use an entitlement granted in its license to operate cell phone services in the Egyptian market to build its own infrastructure cables. However, the endeavor was unsuccessful as they were unable to get the required approval of security agencies despite repeated assurances, an obstacle other telecommunications companies have also faced.

Without this approval, telecommunications companies must sign agreements with the only company allowed to extend infrastructure fiber cables: Telecom Egypt, which charges its competitors billions of pounds in order to use or rent bandwidth capacity.

Fiber cables connect cell towers with each other and with service provider operators in different locations. They also connect landline internet services.

Other operators in the Egyptian market have entered into similar agreements with Telecom Egypt. Orange has one worth LE1.5 billion that was renewed in 2018 and ends in late 2021 and another that was renewed in mid-2018 and extends through 2022 worth LE4 billion. Meanwhile, Etisalat also has two agreements, each worth LE2 billion.

According to the source, the profitability of Vodafone Egypt’s landline internet services is undermined as the company is forced to purchase bandwidth capacity from Telecom Egypt and then resell it to its customers. In order to stay competitive, Vodafone Egypt incurs a LE15 loss for every landline internet service customer, as it is forced to offer a subsidized rate in order to stay competitive, the source says.

There are 7.9 million landline internet subscribers in Egypt as of mid-2020. Around 6.3 million of these users — or 78 percent — get their service from Telecom Egypt, according to the company’s data. Vodafone, however, had just 694,000 landline internet clients as of the end of March, according to Vodafone Group’s annual report.

By the end of the company’s fiscal year in March, Vodafone Egypt’s revenues came in at LE27.3 billion. According to Vodafone Group’s annual report, its Egypt unit achieved profits of LE11.4 billion before tax and interest deductions.

According to the official, while Vodafone Egypt does make an annual profit, its earnings will likely decline as competition increases and Telecom Egypt maintains its monopoly over telecommunications infrastructure.

These conditions forced the parent company to pull out of the Egyptian market and negotiations to sell its stake began with several companies. STC, which had previously attempted to purchase Telecom Egypt’s minority stake in Vodafone Egypt, showed the most interest. Negotiations began in mid-2019, and the two parties signed a memorandum of understanding in January.

According to the MoU, the deal is worth $2.39 billion. However, STC is currently in talks to bring down the acquisition cost, according to Bloomberg. A research paper by investment bank Pharos found that the value of the deal might be reduced by as much as 20 to 30 percent due to the fallout of the coronavirus pandemic.

Nevertheless, statements by both STC and Vodafone Group have suggested that the two parties have agreed on a final deal, leaving the final step in the hands of Telecom Egypt, which owns a 45 percent stake in Vodafone Egypt, giving it the right of first refusal that could scupper the deal. According to the shareholder agreement between Telecom Egypt and Vodafone Group, each stakeholder has the right to acquire their counterpart’s shares in the case of an external offer at the same valuation.

In a September press release, STC announced that the memorandum of understanding had expired without reaching a final deal after the concerned parties failed to reach a mutual agreement. Yet on the same day, Vodafone Group issued a press release announcing that the due diligence and all procedures required for the potential sale had been completed. The statement hinted that the deal could be saved depending on Telecom Egypt’s position. If STC puts forward a final offer, Telecom Egypt will have one of two options. The first is to activate its right of first refusal and submit a similar offer to Vodafone Group. The second is to push STC to make a mandatory offer to also acquire Telecom Egypt’s shares in Vodafone Egypt, which could prevent the deal from happening due to the increased cost. In the second option, Telecom Egypt has the right to accept or turn down the mandatory offer.

Yet the decision to sell Telecom Egypt’s stake in Vodafone Egypt to STC is a decision that would be made by the Egyptian government, not the company, according to a government source close to the telecommunications sector. The source went on to say that the government has no intention to have Telecom Egypt sell its shares in Vodafone Egypt, nor will it allow the acquisition deal to be finalized and would only consider submitting its own offer.

In 2003, Telecom Egypt agreed to concede a group of frequencies and the mobile license it had obtained in exchange for entering into a partnership with Vodafone Group to establish Vodafone Egypt. The new company’s shares were distributed with Vodafone Group owning a controlling 51 percent stake, Telecom Egypt with 25.5 percent, and the remaining shares to be sold on the Egyptian Exchange, according to a previous report by Mada Masr.

By January 2005, Telecom Egypt had officially relinquished its mobile license and frequencies and accepted a ban preventing it from applying for a new license until the end of 2007.

In 2006, the Emirati company Etisalat Misr acquired the third mobile license in the Egyptian market.  The contract between the National Telecom Regulatory Authority and Telecom Egypt stipulated that the authority would not grant any new mobile licenses until 2010, effectively extending the ban on Telecom Egypt getting a license for an additional three years.

In 2016, Telecom Egypt finally acquired a license to provide cell phone services via its subsidiary WE. The company has so far only managed to attract 6 million customers. According to a report by the Central Auditing Authority, Telecom Egypt signed an agreement with Etisalat Misr in 2018 to provide mobile services for WE under which the latter is required to meet lofty targets for mobile calls that increase each year of the contract period (2018 – 2022). In 2019, they only managed to hit 49.5 percent of their target and are on track to miss their target by an even larger amount in 2020.

AD
You Might Have Missed
Mugamma revisited: Reimagining the building and the square
Where do old lesbians go to die?
Carbon Colonies & A Green New Deal
What we talk about when we talk about trees
AD
Alaa Moussa
1 article on Mada

Topics
Related
steel
Egyptian Iron and Steel Company mines to be spun off despite worker objections
Egyptian Iron and Steel is the only Egyptian company that uses iron ore found in Egypt’s mines.
Heliopolis Company for Housing and Development
Entering the gated compound game: A look at the plan to develop a new Heliopolis Company for Housing and Development
Beesan Kassab | The firm has relied on selling its precious land stock to make revenues in recent years
IMF loan
New IMF loan agreement — round 2, but without austerity measures
Beesan Kassab | The IMF wants "structural reforms and legislation that aim to reshape the economy on a deeper level"
Egypt foreign policy
Trimming Turkey’s wings: Ankara and Cairo fight for influence in Africa and East Med
Turkey has emerged as the primary antagonist in areas where Egypt has been trying to make its mark