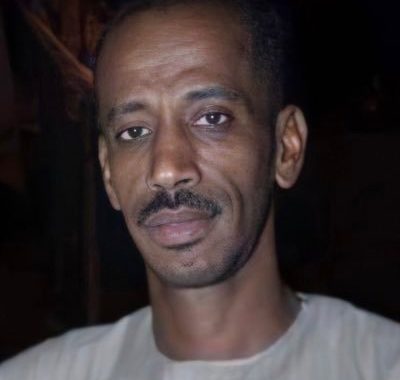 The Luxor village of Awamiyah has been under an effective siege for several days in the wake of the tensions and protests that engulfed the area after a police officer killed 38-year-old Ewais Abdel Hamid al-Rawy, an employee at the Luxor International Hospital and father of two children, in front of his home at dawn on Wednesday, according to four Awamiyah residents, including Rawy’s neighbors and friends.

“The whole village is under siege. No one is allowed in or out,” one of the residents says.

While the resident tells Mada Masr that the protests in Awamiyah were not in response to calls by exiled contractor and former actor Mohamed Ali for people to take to the streets on the anniversary of the September 20 scattered protests of last year, Rawy’s murder is a result of a chain of events triggered by the anniversary and embedded in the economic deterioration of the area.

Sanayaa Square sits near several key institutions both for the village and the wider governorate, as a police station and the Luxor security directorate are both close by. The village is also home to the Luxor governor’s residence and a number of high-profile hotels, according to residents.

Explaining why the young villagers went out to protest, a second Awamiyah resident points to deteriorating economic conditions and the high unemployment rate among the majority of the residents.

Low-income households and the tourism sector have been hit hard by government measures and the economic fallout from the coronavirus pandemic.

In June, Electricity Minister Mohamed Shaker announced a hefty increase in electricity prices for all consumer brackets, sparing only large and medium-scale manufacturers and most commercial shops. As part of the five-year plan for withdrawing government subsidies on electricity altogether, Shaker detailed what electricity would cost household consumers, who represent 41 percent of the nation’s total electricity consumption. Although prices have remained stable for the lowest consumer brackets over the past few years over concerns that price hikes would hit lower income households too hard, the prices went up for them by 26.6 percent as of July 1, from 30 to 38 piasters per kilowatt-hour.

Tourism companies, on the other hand, have petitioned the government to extend an October deadline that would have them pay back five months’ worth of payments postponed due to the pandemic — including real estate taxes, social insurance fees and dues on existing loans. Absent cash inflows, bonuses and salaries for those working in the tourism sector have been withheld. In September the Ommal news outlet, affiliated with the Egyptian Trade Union Federation, reported on incidents in the Upper Egypt Transportation and Tourism Company, where more than 152 people were deprived of Eid al-Adha bonuses that were released to workers at other public transport companies.

It was not only Awamiyah that saw demonstrations, as a small protest also emerged in the neighboring village of Karnak that ended with the arrest of a number of its young residents, two local sources told Mada Masr.

Disparate, limited protests that lasted for a few minutes were a daily occurrence in Awamiyah through September 25, said three residents. The majority of protesters were young, setting tires on fire and then dispersing, according to the residents.

Since September 25 security forces have carried out daily arrest campaigns in the village, with two village residents telling Mada Masr that between 14 and 18 people were detained incommunicado.

In one of these arrest campaigns, a security force composed of officers from the Central Security Forces and Interior Ministry’s inspections department headed to Ewais al-Rawy’s family home on Wednesday, searching for Rawy’s cousin Diaa al-Rawy. When they could not find his cousin, they decided to arrest Rawy’s younger brother, Rawy al-Rawy. The family tried to dissuade the security forces from taking Rawy’s brother, but the security forces did not budge and began escorting him out of the house. According to testimonies from two neighbors, one of whom rushed outside at the sound of gunshots, Ewais al-Rawy followed the security forces outside and, following a verbal altercation, an officer took out his gun and fired four shots, one of which struck Rawy in the head.

The security forces fled the scene in a state of confusion, rushing through the village’s streets, as residents attempted to move Rawy to the hospital. However, he died on the way, one of the neighbors says.

“[Rawy] was a thoughtful and a respectable person who had nothing to do with what happened or the protests, and he was killed in front of his father and mother,” one of the village residents says.

In response to the hostage situation, security forces refused to hand over Rawy’s body to his relatives.

“There were negotiations between the residents and the security force to release the police personnel in exchange for the release of the body. Senior Interior Ministry officials from Cairo arrived in the village and told people to calm down the youth and stop the protests in order to ensure justice is delivered to the village,” one of the residents who attended the negotiations tells Mada Masr.

On Wednesday, the Interior Ministry issued a Facebook statement, which was later deleted, denying news that the village’s residents had abducted a number of police personnel in retaliation against Rawy’s murder. Several newspapers carried comments from security sources who continued to deny the authenticity of the incident, describing reports of the hostage situation as “lies promoted by the Muslim Brotherhood.”

While the security forces were trying to defuse the hostage situation, residents gathered in front of Rawy’s house in the hours following the murder.

“Prominent figures from the village came together, and we started to think about how we can bring justice to [Rawy]. We were waiting for the funeral from dawn to sunset. They said the funeral would come after evening prayer, so people started to assemble in Sanayaa Square to wait. People from Awamiyah and several neighboring villages came,” one of Rawy’s neighbors says. Another resident estimated the number of assembled people in the thousands.

When the caravan carrying Rawy’s body arrived in the square, it was flanked by a police vehicle and an armored car, which began shooting tear gas into the crowd, said three residents who attended the funeral and according to videos from the scene.

“They only wanted five or six people to bury him,” says one of Rawy’s friends, explaining the security forces’ actions.

“They fired tear gas at kids, women, and the elderly, many of whom are sick,” says one of Rawy’s neighbors. “People were dispersed and most left the square. Those who eventually led the funeral were fewer than the number that were present originally. We went to the burial because to bury the deceased is to honor him. The cemetery is 10 minutes away from the village, and then we went back to Sanayaa Square. We wanted to let out the bitterness and helplessness we felt.”

“The level of discontent reached a heightened level, especially among the village’s youth,” the third resident says. “People at the funeral swore at the state and Sisi, shouting chants that were not okay.”

After the funeral, security forces put the village on lockdown. According to one resident, clashes between the security forces, who used tear gas, and protesters, who used a Molotov cocktail and bricks, erupted and left a house on fire. Awamiyah was without electricity after a tear gas canister hit a main electricity line, causing an electricity fire.

Citing residents from the village, several press outlets, including the BBC, reported on Thursday on clashes between residents of Awamiyah and police forces during and after the funeral of one of the residents killed by police forces. Several social media users shared videos on Thursday showing police forces dispersing the funeral gathering with tear gas. Amid conflicting details on the incident, several social media users claimed that a police officer killed Rawy during his arrest.

Rawy’s murder is not the first incident of its kind in Awamiyah. In November 2015, a security patrol from the Luxor Police Station’s inspection unit was patrolling one of the village’s streets a few meters away from the street that separates the village and the police station and the Luxor Security Directorate. While on patrol, one of the officers ordered Talaat Shabib al-Rasheedy, an Awamiyah resident, to get inside the police vehicle. When Rasheedy refused, things escalated into a quarrel before Rasheedy was taken into custody. Rasheedy died after being tortured while in custody, igniting protests in the village. In January 2016, the murder of Rasheedy case went to court, and, in July 2016, the police officer was sentenced to seven years in prison, and five police personnel were sentenced to five years, according to lawyer Khaled Ali, who represented the victim’s family.

Since Rasheedy’s death, the relations between residents and the security forces have been marred by heightened tensions, a resident from the village told Mada Masr. “Since then, there is no harmony between the youth and the police. Residents rejected the presence of police in the village, and the police have not entered the village to avoid any clashes,” the resident says.

Several governorates witnessed dispersed protests in the last few weeks coinciding with the calls of protests on the first anniversary of the September 20 protests. According to the latest count, 735 people have been arrested and have been ordered to be held in remand detention for 15 days pending interrogation by the prosecution since September 20, according to Ali. As of Tuesday, 147 have been released, according to the Arab Network for Human Rights, including at least 68 minors.

AD
You Might Have Missed
Carbon Colonies & A Green New Deal
What we talk about when we talk about trees
Mugamma revisited: Reimagining the building and the square
Where do old lesbians go to die?
AD
Hadeer El-Mahdawy
49 articles on Mada

Topics
Related
immorality charges
The Public Prosecution’s crusade against social media
For the past year, the public prosecution has been conducting a social media surveillance campaign.
protester arrests
Sisi, Public Prosecution acknowledge protests after week of silence, 68 minors released
While protests continued to flare up on Friday, the media maintained that nothing was happening.
detainee and prisoner health
Our bodies and enmity: A personal introduction
Alaa Abd El Fattah | The story is not about prisoners’ health, but the health of the nation.
protester arrests
150 arrested on September 20 anniversary after small, scattered protests
There has been no official statement from prosecutors regarding the arrests.