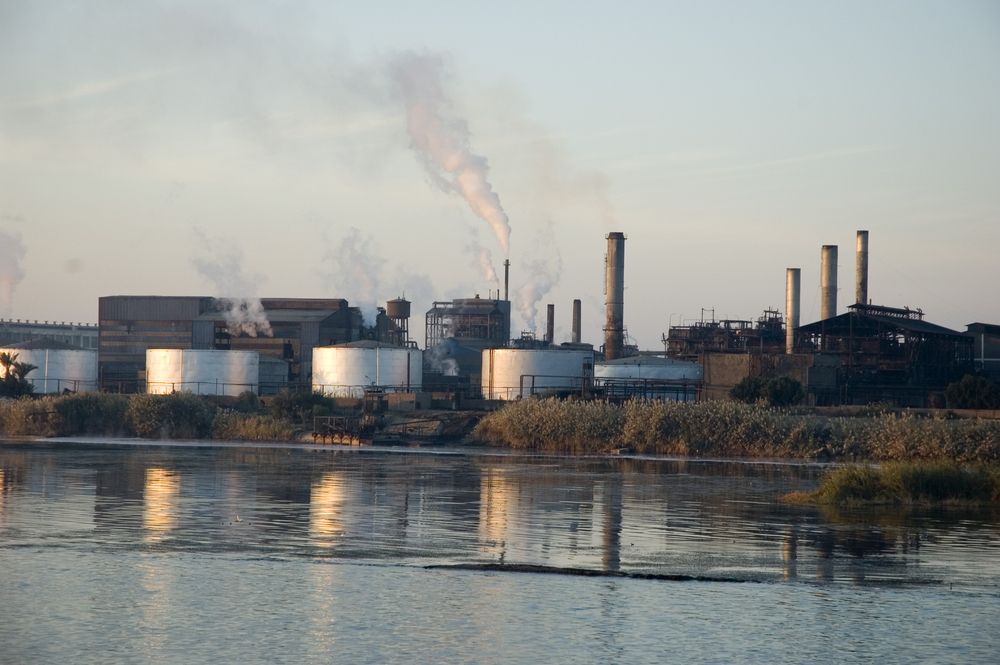 Amid heightened scrutiny on the debt-saddled public business sector, a plan to inject revenue into one of Egypt’s oldest state-owned companies may be headed off the rails.

The Egyptian Iron and Steel Company is not unable to balance its books because it is faced with insurmountable market conditions, however, but because of its holding company’s attempt to undercut a key revenue source in a plan the company hatched in cooperation with a Ukranian company.

According to a member of the General Union of Engineering, Metal and Electrical Workers, the Metallurgical Industries Holding Company, which is owned by the Public Enterprise Ministry, is attempting to transfer control of Egyptian Iron and Steel’s quarries and mines to a separate company.

This, the union member tells Mada Masr, exploits an initial plan that the Egyptian Iron and Steel Company’s board of directors prepared in cooperation with a Ukranian company. Under the original plan, the company would establish a new factory to improve the concentration of iron ore that is extracted from the company’s quarries and mines, which would allow Egyptian Iron and Steel to sell pig iron to other steel companies, while continuing to use less concentrated iron ore in its production.

When the holding company presented its revised plan to the Egyptian Iron and Steel Company’s board of directors, it was unanimously rejected, the union member says. But days later, the holding company called for an emergency general assembly meeting to discuss the separation plan, aiming to push it through.

Of the 32 steel producers in Egypt, Egyptian Iron and Steel is the only company that uses iron ore found in Egypt’s mines, whereas all other companies either import iron ore or purchase it from the Egyptian Iron and Steel Company to then manufacture the finished products. For this reason, the quarries and mines are a pivotal component of the company’s business model.

The Egyptian Iron and Steel Company — which has been the subject of speculation that it may be marked for liquidation in recent months — has seen its net annual losses nearly halved in its most recent financial statement, falling from LE1.5 billion to LE887 million mainly through the sale of capital assets.

In a move that was framed at the time as a potential saving grace for the company, the Egyptian Iron and Steel Company transferred LE750 million in land assets and company shares to Banque Misr in June to settle US $59.6 million in outstanding debts owed to the bank over judicial disputes. Around $12 billion worth of the debt was waived entirely.

The General Union of Engineering, Metal and Electrical Workers sent an memo to the president, the prime minister, and the National Security Agency protesting the plan put forth by the Metallurgical Industries Holding Company.

According to the memo, a copy of which Mada Masr has obtained, the Egyptian and Steel Company is worried that it will be “under the mercy of the company about to be created for crude ore” at a time when the former company was able to reduce its losses by 42 percent in the last fiscal year, due in large part to its development efforts and success in settling a big portion of its debts.

Once a symbol of industrialization and a source of security for workers that no longer exists, the Egypitan Iron and Steel Company has become burdened with debt and has often met less than 30 percent of its annual production targets. A moratorium on new hires has come with the company’s fall from grace, and employment is no longer guaranteed after a longstanding apprenticeship program.

According to a Central Auditing Authority report on the company’s Fiscal Year 2018/19 financial statements, the deterioration reached a level at which “many production lines were halted repeatedly because of the aging machinery and equipment. The report notes that the rate of breakdowns and malfunctions reached 92 percent of all operating hours, up from 82 percent the previous year.,

Other amendments allow for the liquidation of companies where debts exceed half of the company’s capital, which has led to an outcry from the Egyptian Federation of Trade Unions Federation, which said that this would render around 50 state-owned companies viable for liquidation.

The new amendments to the public business sector law are consistent with the requirements of the most recent loan agreement with the International Monetary Fund, which Egypt obtained through the credit preparedness program months ago as the global economy suffered a steep downturn due to the effects of COVID-19. The IMF agreement calls for more transparency in state-own companies by updating the published financial reports of those companies by September.

The previous IMF agreement that Egypt had signed under the Extended Fund Facility program in 2016 had stipulated that the government needed to take several steps toward disclosure and transparency in state-owned companies, and it included a wide list of companies beyond just those affiliated with the Public Business Sector Ministry.

In December 2018, the government published a comprehensive report about the financial performance of state-owned companies for the first time, which was supposed to come out in June of 2018. In July of 2019, the IMF issued a statement commending Egypt’s efforts in increasing the transparency of state-owned enterprises.

During his term in office, Public Enterprise Minister Hisham Tawfiq has already presided over the liquidation of the National Cement Company and the Egyptian Shipping Company, while he has faced opposition when it was rumored that the Egypt Iron and Steel Company was also slated for closure.