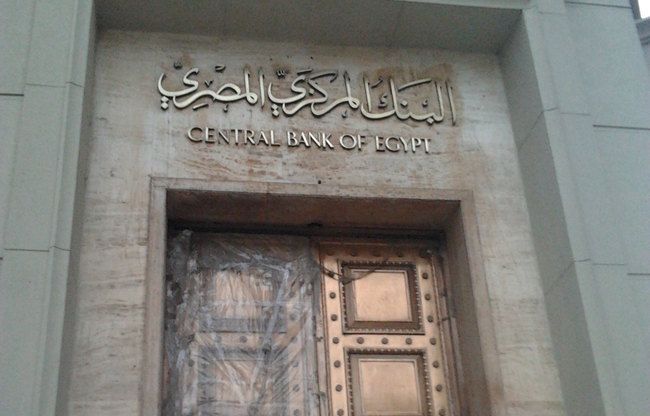 The new loan agreement between the International Monetary Fund and Egypt for US$5.2 billion will have a “limited” effect on Egypt’s economic policies, according to an economist who spoke to Mada Masr in the wake of the deal’s staff-level agreement on Friday.

The agreement came on Friday after weeks of talks spanning from May 19 to June 5, held via virtual conference between the Egyptian government and an IMF mission led by Uma Ramakrishnan and now must only receive final approval by the IMF’s executive board. According to the international monetary lender’s press release, this review is expected to come in a matter of weeks.

The IMF’s press release also states the new deal comes under the IMF’s Stand-By Arrangement instrument and will aim to alleviate the economic impact caused by the novel coronavirus pandemic by supporting macroeconomic stability, social safety nets, growth and job creation led by the private sector.

The SBA instrument differs from the IMF Extended Fund Facility, under which Egypt received $12 billion in 2016 and which marshaled forth a structural adjustment program that saw the currency devalued by 50 percent and burdensome energy subsidies scrapped. Inflation surged as a result, slashing the real incomes and savings of millions of Egyptians. The percentage of Egyptians living below the poverty line jumped 4.7 percent to 32.5 percent of Egypt’s 100 million person population. The program also included an IPO program designed to bring public sector companies to the stock market to increase private sector partnerships. Egypt’s foreign debt reached $112.6 billion by the end of 2019, a $16 billion jump from the previous year.

Egypt’s implementation of these fiscal measures at periodic intervals was required for the disbursal of the 2016 EEF loan’s tranches. The release of the SBA’s loan tranches, however, is not tied to the IMF review of the government’s enforcement of the agreement conditions. Rather, the instrument provides a rapid source of funding in accordance with the needs of a country’s balance of payments, the sum total of all international transactions a country has with other countries. SBA agreements usually span a period ranging from 12 months to 24 months and should never exceed 36 months.

As Egypt has already met all of the conditions of the $12 billion 2016 loan program, economist Amr Adly thinks the effect of Friday’s loan on Egypt’s economic policies will be “limited.” The government remains committed to an austerity plan, cutting expenditures and boosting revenues, so there is little more for the IMF to ask for, Adly says. The government’s adherence to austerity even amid the outbreak of COVID-19 to prevent a widening budget deficit is one of the “major successes” of the first loan program, allowing Egypt better chances to secure loans later on.

However, that doesn’t mean the loan will be without consequences, says Adly, who argues that the new financing could result in the full liberalization of the currency exchange rate.

The pound witnessed an upward streak in the fourteen months through February 2020, gaining 13 percent against the dollar since January 2019, according to Bloomberg data. This increase was accompanied by inflows from the tourism sector, remittances and natural gas exports.

However, Adly argues that the rise in revenue did not correspond with the rise in the value of the pound against the dollar.

“This shows that there there is a level of unofficial management of the exchange rate by the Central Bank of Egypt in cooperation with the biggest national banks,” Adly says.

The pound could depreciate by 7 or 8 percent by the end of the year to reach LE17.2 to the dollar, CI Capital wrote in an April report. At the time of the report’s publication, the Cairo-based investment house estimated that defending the pound’s value will cost about $580 million of reserves for every 1 percentage point.

Egypt’s push to pursue financial support from the IMF in order to support the stability of economic indicators and limit the prospect of negative growth began in April. In May, Egypt secured a one-year loan agreement of $2.7 billion through the IMF’s Rapid Financing Instrument (RFI), which aimed to shore up its balance of payments and to protect the “success” of the structural adjustment program. Egypt then secured an additional $50 million loan from the World Bank.

AD
You Might Have Missed
Where do old lesbians go to die?
If they steal Sheikh Jarrah
Carbon Colonies & A Green New Deal
Mugamma revisited: Reimagining the building and the square
AD

Topics
Related
Central Bank of Egypt
Declining foreign reserves, explained
Beesan Kassab | Foreign currency reserves have dropped by about $8 billion since the start of the pandemic
IMF
Egypt, corona and the IMF: What do we know about the new loan?
Beesan Kassab | The IMF plans to hold a meeting on May 11 to consider the Egyptian government's request
Coronavirus
Facing both poverty and the virus, informal workers keep working and losing work
Omaima Ismail | Fatma Gamal, a mother of five, says her whole family has been put out of work because of the virus.
energy and fuel subsidies
Reading the fuel leaves: Why Egypt kept oil prices steady despite plunge in Brent crude benchmark
Beesan Kassab | The recent decision to barely cut fuel prices left observers bewildered