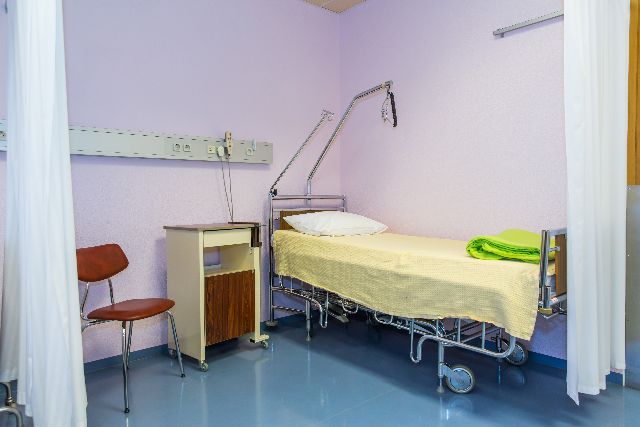 The first hospital designated to quarantine positive COVID-19 cases has halted new admissions after half of its medical and non-medical staff contracted the virus. Two medical staff members have reportedly died of complications from the virus.

Admissions into Nagila Hospital, located 70 kilometers west of Marsa Matrouh, stopped approximately 20 days ago, according to a medical source in the hospital who spoke to Mada Masr on condition of anonymity on Sunday. With half of the hospital’s 79 staff members now diagnosed with COVID-19, the other half occupy their time treating their colleagues and the three patients who remain, the source added.

News of the situation at the hospital along Egypt’s north coast has been slow to trickle out. On April 22, the hospital’s deputy director Mohamed Allam acknowledged in a social media post that he tested positive for COVID-19 on April 6, saying he’d delayed the announcement to spare his family worry. By the end of the day, local media was reporting that 13 other staff members had tested positive. On Saturday, three days after Allam’s announcement, the hospital’s Facebook page announced that Nagila’s medical storekeeper, Nagy Saleh, had died due to COVID-19 complications on Friday.

On Monday, hospital director Dr. Mohamed Aly announced a second fatality among medical staff: Al-Sayed Mohamed al-Hasnawi, a nurse at the hospital, had died after becoming infected with the coronavirus, according to a report by Al-Ahram.

Aly told the privately-owned Al-Shorouk newspaper on Saturday that the outbreak has been traced to a cardiopulmonary resuscitation procedure medical staff carried out on April 3 in an unsuccessful attempt to resuscitate a patient who had been in the hospital under observation and treatment for 10 days at that time.

In its COVID-19 health protocol, Egypt’s Health Ministry has prohibited cardiopulmonary resuscitations on the grounds that the procedure presents a high degree of risk to health workers, Aly told Al-Shorouk. The World Health Organization has similarly singled out the procedure as high risk for health workers, on account that it is “aerosol-generating.”

Aly told Shorouk that it was only “a few days ago” when swabs from the whole staff were taken and PCR tests were administered. Test results came back showing that a number of the staff contracted the virus, he added.

However, according to the medical source from the hospital who spoke to Mada Masr, the hospital’s administration carried out tests on all the staff members on April 3. The results that came back the following day showed that a number of administrative employees, including the storekeeper and half of the hospital’s medical staff including doctors, nurses, x-rays and analyses technicians, had all tested positive for COVID-19. The hospital informed the Health Ministry of the test results and asked that the disease control department stop referrals of new cases to the hospital, the source added. The hospital has not received any new COVID-19 patients since that time.

Transmission spread throughout the hospital’s staff, according to the source, as a result of direct contact between medical workers and administrative employees during break periods, when no one wore personal protective equipment.

News of new infections among medical and non-medical staff in hospitals throughout Egypt have become a near-daily occurrence. Dozens of infections have been recorded at several hospitals, most notably Cairo’s New Qasr al-Aini Teaching Hospital, Alexandria’s Agamy Hospital, and the Fayoum Central Hospital.

The first widespread outbreak occurred at the National Cancer Institute in Cairo at the beginning of April. Mada Masr interviewed four nurses who contracted the virus, including a head nurse and the nurse whom the Cairo University dean accused of spreading the disease to his fellow workers. All four spoke to Mada Masr by phone from quarantine hospitals in Cairo, Alexandria and Qalyubiya, describing how they were exposed to the virus and how they took it upon themselves to get tested to prevent a further outbreak while the institute refused to take any action.

The Doctors Syndicate and several medical staff who have spoken to Mada Masr in the past weeks have criticized hospital administrations for not taking sufficient measures to protect medical personnel, especially regarding access to PCR testing.

In response to the spread among medical staff and criticisms, the Health Ministry’s Curative Care Department circulated an internal memo, a copy of which Mada Masr obtained, that set out new procedures for medical staff in quarantine hospitals. The new procedures address some of the main criticism medical staff leveled at hospital administrations, including that exposed staff were denied testing.

Nagila Hospital is 70 kilometers west of Marsa Matrouh. It was the first hospital that the government designated at the end of January to host COVID-19 patients. A medical source from the Nozha Health Department told Mada Masr at that time that more than 100 doctors and nurses, mostly from family planning centers, were sent to Marsa Matrouh with assurances from the Health Ministry of large cash payouts and that their assignment was not related to COVID-19, only to realize later that they would be providing care to Egyptians being repatriated from the epicenter of the COVID-19 outbreak in China. Doctors Syndicate member Mahmoud Arafa told Mada Masr that the Health Ministry’s failure to disclose the nature of the assignment or provide adequate training was an “outright deception and abuse of doctors.”

Dozens of cases have been admitted to Nagila Hospital between February 14, when it took in its first case, and April 4, when it halted admissions.

Topics
Related
Coronavirus
Garbage collectors do essential work without protection from coronavirus
Karoline Kamel | They do so at risk of infection, working within a system that does little to protect them.
Coronavirus
After doctors blame administration for COVID-19 clusters at hospitals, Health Ministry circulates new procedures in internal memo
The index case for the latter two hospitals is still unknown
Coronavirus
As COVID-19 panic builds, pharmacy shelves run out of vital drugs
Hadeer El-Mahdawy | People are sensing that there is a crisis, so they are also buying more.
Coronavirus
Making ventilators in Egypt: tough, but not impossible
Sara Seif Eddin | "The number of ventilators is insufficient for Egypt's population under normal circumstances"