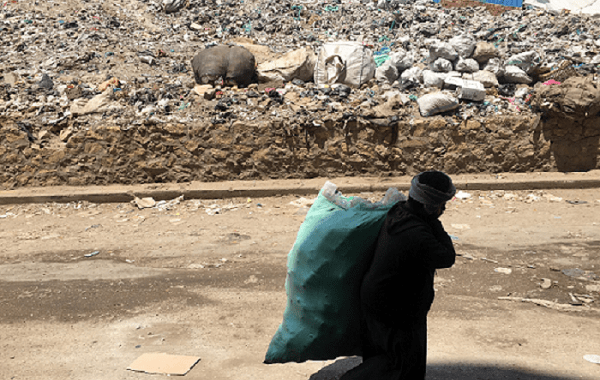 In the Cairo neighborhood of Manshiyet Nasser, daily life is carrying on as normal. Despite government measures to try and curb the spread of the coronavirus, work in this neighborhood known as a residential hub for the city’s garbage collectors continues: residents crowd the area, vegetable vendors hawk their products on street corners, dozens gather in front of shops.

Trucks carrying up to 10 men at a time depart to other parts of the capital and return loaded with garbage that they distribute to sorting sites in the neighborhood. Women and children sort through the refuse by hand, separating solid waste — such as glass, plastic and tin — from organic waste. 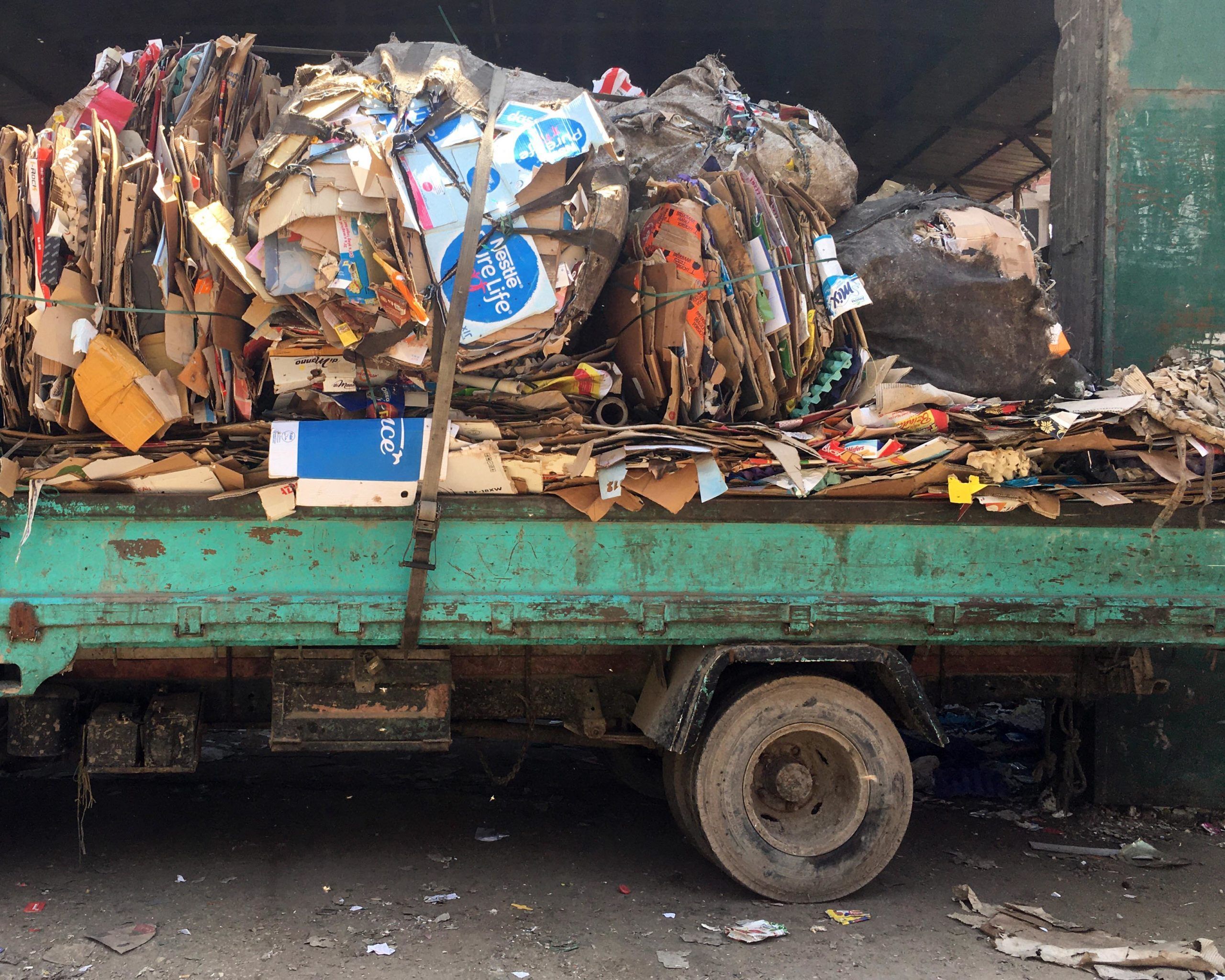 While everyday routine has changed for many Egyptians, with schools, mosques, restaurants, cafes, parks and other public spaces ordered closed for the past month, garbage collectors have kept working, providing a service essential to the continued functioning of the city, and they do so while risking infection, working within a system that does little to protect them.

“It is heroic of us to come pick up the garbage. There’s more work now because with the curfew, we must finish before 7 pm. But people see us now on the streets and quickly turn away in a bad way. They’re scared of us,” says a residential garbage collector who asked to remain anonymous.

“If we don’t pick up the garbage, who will?” asks Maha*, who lives with her husband and two brothers, all of whom work in sorting solid waste. “My brothers are now sitting at home because they work in sorting plastic and tin. The only ones working are folks who pick up the garbage from homes. We’re scared and never go outside, even though garbage is all around us, but God protects us. We divide up the days: I go outside to get whatever we need one day, and my husband goes the next because my mom is an old lady and she’s living with us.”

Egypt has up to one million garbage collectors, according to Shehata al-Moqadas, the head of the Garbage Collectors Syndicate, and they are continuing work as normal in the midst of the pandemic. “Now, our work is just as important as doctors because the garbage itself can transmit the virus. If we were to leave it in front of homes and on the streets, I think that would increase the spread of the disease,” Moqadas says.

As the coronavirus outbreak began in China, the United States Department of Labor’s Occupational Safety and Health Administration reported that workers with a higher potential for exposure are those with jobs that require them to come into contact with known or suspected sources of COVID-19. They include healthcare and morgue workers, laboratory, transportation and border protection personnel, and people who work in solid waste and wastewater management. At the beginning of the coronavirus outbreak, the UN Environment Program urged governments to treat waste management as an “urgent and essential public service” and that “unsound management of this waste could cause unforeseen ‘knock-on’ effects on human health and the environment.” Managing disposal safely, the environmental authority said, “is therefore a vital element in an effective emergency response.”

In Egypt, workers at garbage dump sites sort through household waste — which includes contaminated masks, gloves and other personal protective equipment — by hand. 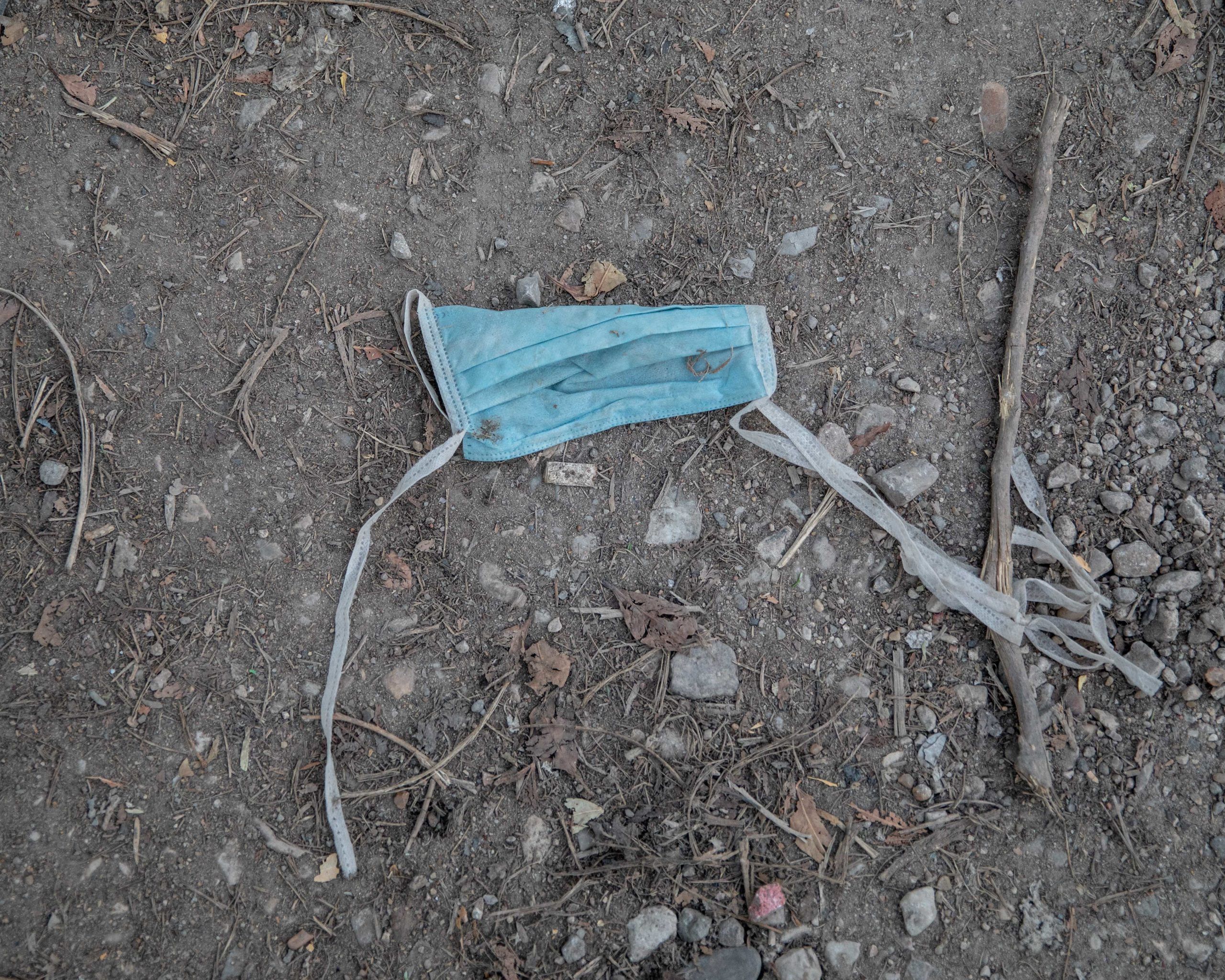 “Other countries undertook clear measures regarding the collection of waste from households as the coronavirus pandemic situation evolved. Continuing to collect and sort through waste by hand as we do in Egypt is not a safe method. Infection control measures applied to regular encounters must be vigorously applied to waste,” says Ayman Wafiq, a researcher with the Right to Health initiative at the Egyptian Initiative for Personal Rights.

In China, for example, where the coronavirus outbreak began, the Environment Ministry said during a press conference at the beginning of March that the government “upgraded facilities treating hazardous waste [to treat medical waste]” and increased the city’s waste treatment capacity. This came after Chinese media reported on the issue of medical waste in garbage collected from households, calling it “a crisis in the making” and saying that China was“struggling to deal with a mountain of medical waste.” While China disposes of its garbage mostly through incineration, there is still a risk the disease could spread once again through garbage collectors who handle the waste.

Wafiq points to the widespread disposal of medical gloves and masks, which could be carrying traces of the virus. “People throw them in their trash and garbage collectors pick the trash up and sort through it by hand,” he says. “The state should take serious steps — it should alert citizens to separate medical waste, like gloves and masks, coming from an infected patient. The state must issue and implement measures to safely dispose of this waste. It must also make sure infection control measures are implemented by everyone dealing with waste and provide them with a means of protecting themselves.”

Authorities don’t appear to be responsive to the demands of garbage workers for better protection measures. “I asked the state to provide garbage collectors with gloves, masks and plastic boots like the ones butchers wear at slaughterhouses. But, sadly, no one has responded or contacted me,” Moqadas says. “Folks who collect garbage are very poor. Some bosses provided their crews with a mask and a pair of gloves. But others don’t have this.” He also says people should leave their garbage outside their doors instead of waiting for the collector to knock on the door in order to minimize direct contact. 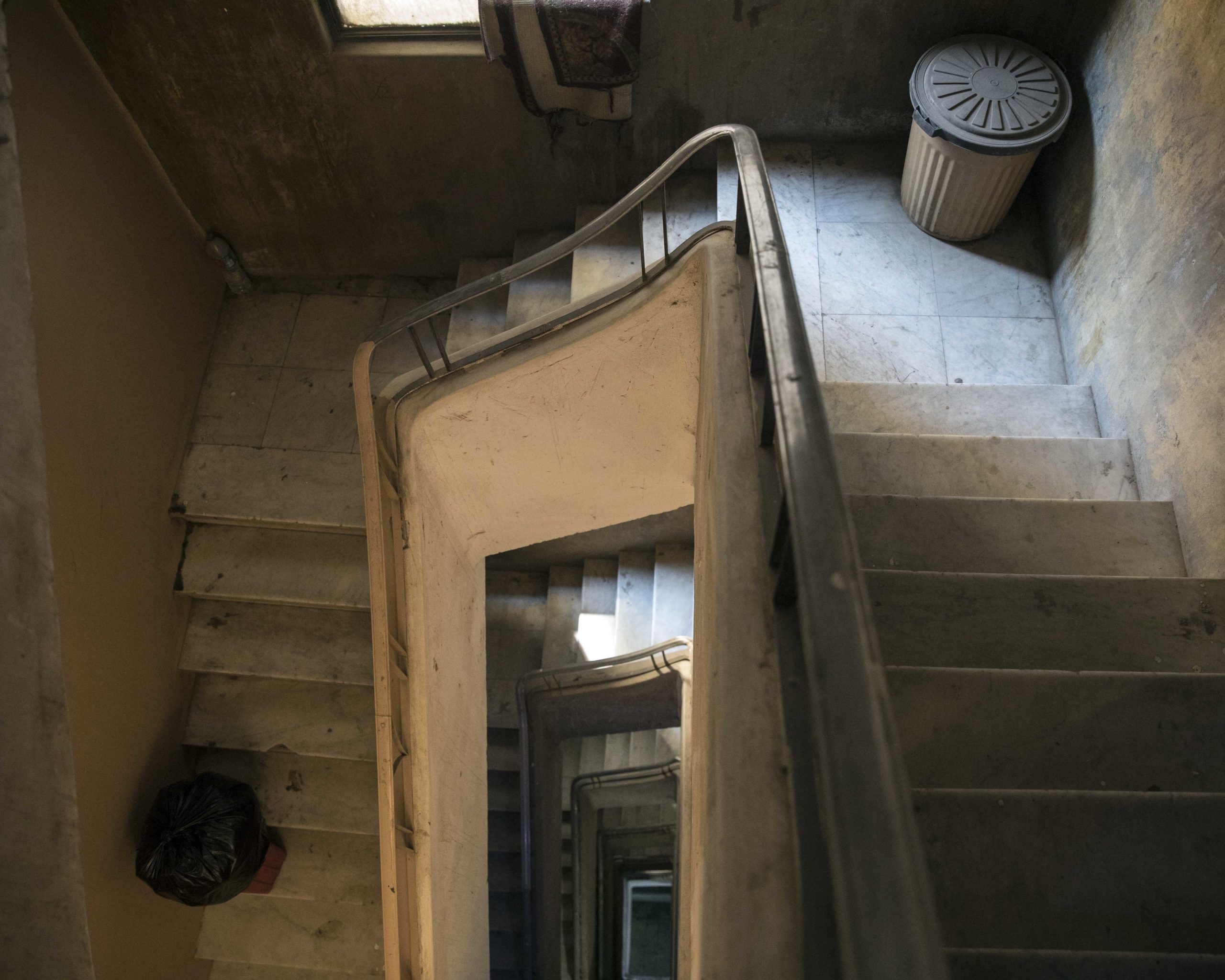 Even before the onset of the pandemic, there were health warnings regarding Egypt’s system for dealing with waste management. In 2016, the government’s official State of the Environment Report noted that the implications of Egypt’s current methods in dealing with waste included health concerns for workers, such as chronic disease and the potential for contracting epidemic and endemic diseases.

The Environment Ministry reported that one of the problems of waste management in Egypt was the improper handling of different types of waste, such as medical waste, which is often found in household waste. The ministry called on people to separate such waste and dispose of it in special bags. The ministry also found that garbage collectors have the highest infection rates of several diseases due to their constant exposure to waste in their work. The report explains that Egypt spends nearly LE2.3 billion to dispose of waste each year and that building a more modern waste management system would cost an additional one billion. The state began moving toward this in 2003 when it added a fee to electricity bills dedicated to covering waste management costs.

Handling waste in Egypt depends on two highly interconnected systems — a traditional one made up of the community of garbage collectors who sort through it by hand, and a modern one represented by private companies that first appeared in Egypt in 1987, according to the 2010 report “Egypt’s waste problem: Realities and possible solutions” published by the Egyptian Cabinet Information and Decision Support Center. They were 50 private companies at the time and since then, the General Authority for Cairo’s Cleaning and Beautification has extended licenses to more companies. By 2000, foreign companies had largely taken over the garbage collection system, starting with Alexandria, with contract lengths ranging between 10 to 15 years.

The final disposal of waste in Egypt relies on three methods, according to the Environment Ministry: 12 percent is sent for treatment and recycling, 7 percent goes to sanitary landfills, and 81 percent is disposed of at public and arbitrary dumpsites. The ministry estimated in 2017 that household waste — or what is known as municipal solid waste — in 2016 was almost 59,000 tons per day, which amounts to about 22 million tons annually. According to estimates, a person’s share of daily municipal solid waste is 1.07 kg in urban areas and 0.5 kg in rural areas.

The report says that household waste is composed of 56 percent organic substances, 13 percent plastic, 10 percent cardboard, 4 percent glass, 2 percent scrap metals, and 15 percent of other types of waste. Cairo has the lion’s share in household waste with 5.48 million tons annually, followed by Alexandria with 1.57 million tons.

*Name has been changed at the interviewee’s request.

AD
You Might Have Missed
Where do old lesbians go to die?
What we talk about when we talk about trees
Mugamma revisited: Reimagining the building and the square
Carbon Colonies & A Green New Deal
AD
Karoline Kamel
25 articles on Mada

Topics
Related
Coronavirus
Facing both poverty and the virus, informal workers keep working and losing work
Omaima Ismail | Fatma Gamal, a mother of five, says her whole family has been put out of work because of the virus.
Coronavirus
After doctors blame administration for COVID-19 clusters at hospitals, Health Ministry circulates new procedures in internal memo
The index case for the latter two hospitals is still unknown
Coronavirus
Confinement and disruption: How children are coping with the pandemic
Yasmin El-Rifae | “We have to look after ourselves as parents, otherwise we can’t help them.”
Coronavirus
Pandemic pushes work at home — and it’s not that great, new remote workers say
“If you don’t see facial expressions, you don’t understand how people are thinking”