اقرأها بالعربية
For locked-down village near Mahalla, solidarity and dignity are keys to surviving quarantine 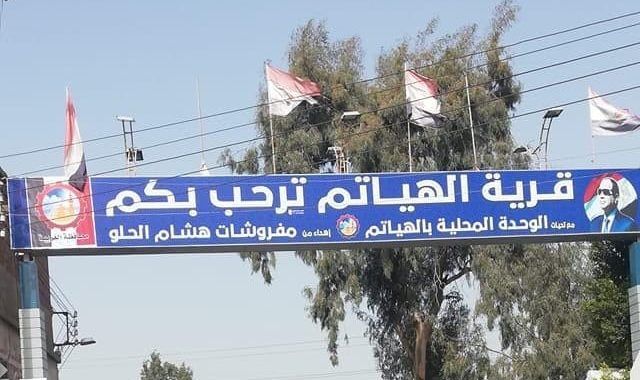 Ashgan al-Sakka knew things were going to be rough when she discovered that the local post office had been shut down.

The mother of two, who depends on money her husband sends through the post from Libya, lives about 11.5 kilometers outside the city of Mahalla in the village of Hayatem, which was placed on 14-day lockdown on March 31 after 10 people tested positive for COVID-19.

“We’re all staying in our houses, and everyone is scared to go out. My extended family lives in a nearby village, but they’re unable to send money or food,” Sakka, who’s in her 20s, says. She’s forced to ration the little money she has left.

“I gave up on buying a lot of things: no fruit or sweets for the kids, just the basics. No one knows when all of this will end,” she says. “I’m dreading the electric and gas bills. They shouldn’t be asking us for money these days.”

The state has imposed exceptional measures to ensure the isolation of the village: placing security forces at the entrance and exit to the village and sending in medical and food resources. However, some residents of Hayatem have chafed at the state’s intervention, choosing to organize life under quarantine themselves.

The crisis in the village began at the end of March when a man in the village, who works as a manager at a Pizza Hut in the nearby city of Tanta, began exhibiting symptoms, according to Abdel Qader al-Sheikh, an English teacher in the village.

Sheikh, who is the Pizza Hut manager’s neighbor, says the man self-isolated when he began showing symptoms. However, he was taken to a chest hospital when his condition worsened. There, health officials traced the recent history of those he had been in contact with and, after conducting testing, confirmed that eight members of his family had contracted the disease.

The shutdown followed shortly afterward. Additional supplies and doctors were dispatched to the village, and isolation rooms were readied in all hospitals in Gharbiya, Abdel Nasser Hamid, the Health Ministry undersecretary for the governorate, told Mada Masr.

According to Nasser Hamid, all the tests that have been conducted on residents who had been in contact with the positive cases have come back negative.

For Sheikh, however, the quarantine has prompted a new kind of community unity.

“We are a village, but there are large families here. We have doctors, engineers and people in all fields. And we also have construction workers and farmers, who work outside the village. This latter group is the most affected by the lockdown. What we have done in Hayatem is to give to those most in need at a neighborhood level,” he says.

Self-organization in the village kicked off with the formation of emergency committees that drew large numbers of volunteers from university students and graduates, according to Bassam Abou al-Hassan, a resident in the village and a sanitation worker. The committees were divided along various needs: one for food collection, one for delivery and one for medical assistance.

“We have police permission to deliver donations after curfew, silently,” Hassan says. “We leave food boxes on house steps so as not to harm the dignity of impacted families.”

The medical committee was formed of doctors from the community. “They go house to house daily to check on the village residents. If they find someone who is feeling ill, they review the precautionary instructions with them,” Hassan adds.  “Some of the village youth have also helped the committee by distributing face masks, gloves and disinfectants to homes and pedestrians on the street.”

Residents also moved to sterilize and clean the village’s streets. “When we first learned of the infections, everyone came together to spray and sterilize the streets,” said village resident Hassan al-Zayat. “We got a megaphone and went around asking people to stay home and telling them the quarantine is in our best interest. Officials from the preventative medicine sector came to clean the streets as well, after us. ”

Life in the village was going smoothly until April 1, when two cars arrived in the village. The cars were loaded with food provisions bearing labels indicating they had been sent by the pro-government Nation’s Future Party and the Tahya Masr Fund, the government fund set up by President Abdel Fattah al-Sisi in 2014.

Residents took to the street in protest, chanting “We don’t want cartons. Hayatem does not have corona.”

According to Zayat, the residents’ rancour was tied to how the government handled the situation.

“The cars were draped in The Nation’s Future Future and Tahya Masr banners and arrived after the 7 pm curfew. Then they stopped in a public place and started calling on people to come pick up the cartons,” Zayat says, adding that residents were offended by the way the cartons were distributed.

“I don’t approve of the protest, but, if the state wants to distribute food, it should bring it to people’s homes,” just like the committee does, Zayat says. “We’ve been helping each other since the start of the quarantine, but we do it in a dignified manner.”

Video of the residents protesting went viral, creating a backlash on social media, where users criticized Hayatem for not abiding by the lockdown and endangering the rest of the country.

However, Hayatem residents responded with a Facebook campaign under the hashtag: “I am from Hayatem village. I am committed to the quarantine.”

“Only a few dozen people went to protest out of the 70,000 people in Hayatem, who continued to respect the quarantine,” Zayat says. “Before criticizing us, you should know that what has happened has hurt the dignity of the community.”

The government, meanwhile, has begun installing ATMs in the village to ease the pressure on residents like Sakka, who have been unable to receive money. 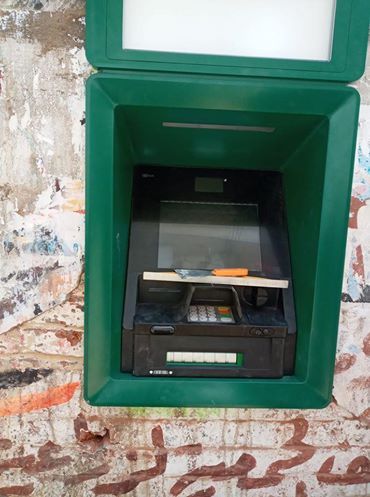 The government has also enforced 14-day lockdowns on villages in the Minya, Port Said, Red Sea, and Monufiya governorates. The imposition of a lockdown is a preventative step but does not necessarily mean that these governorates are in danger, Health Ministry spokesperson Khaled Megahed has said.

AD
You Might Have Missed
What we talk about when we talk about trees
Where do old lesbians go to die?
Mugamma revisited: Reimagining the building and the square
Carbon Colonies & A Green New Deal
AD
Basma Mostafa
9 articles on Mada

Topics
Related
Uber
The impact of coronavirus on ride-hailing services: A story of narrowed livelihoods
Beesan Kassab | The cutback in benefits was felt by drivers well before the coronavirus outbreak.
Coronavirus
Popular markets without people
Nada Arafat | Heba, a mother of five boys, also works as a produce vendor in the village market in Gharbiya.
Coronavirus
Coronavirus? It’s in God’s hands
Hossam al-Khouly | "What are you worried about, basha, so long as you’re Egyptian? It’s in God’s hands."
Coronavirus
How Italians locked down: Q&A with a doctor in Milan
"It feels like wartime"