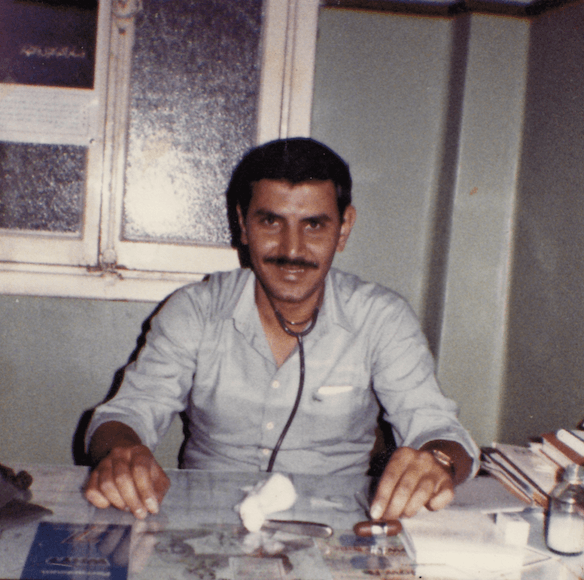 Two weeks before jailed former presidential candidate Abdel Moneim Abouel Fotouh reached the two-year legal limit for remand detention, prosecutors charged him in a new case, effectively resetting the detention clock and allowing authorities to keep him locked up without trial for an additional 24 months.

Abouel Fotouh — the president of the Strong Egypt Party — was arrested on February 14, 2018 from his home in Cairo’s Fifth Settlement neighborhood. The arrest occurred two days after he returned to Cairo from London, where he made several television appearances, including on al-Jazeera and BBC Arabic, during which he sharply criticized Egyptian authorities.

He has been held in remand detention on charges of leading a terrorist group and disseminating false news inside the country and abroad with the purpose of damaging the country’s interests.

Article 143 of the Criminal Procedure Code sets the maximum limit for remand detention at two years, and Abouel Fotouh was due to be released within two weeks.

But at an appearance before the State Security Prosecution on Sunday, Abouel Fotouh and his defense team were hit with the news that fresh charges had been lodged against him, including assuming leadership of a terrorist group and committing a financial crime, in Case 1781/2019, according to his lawyer Abdel Rahman al-Haridy.

Abouel Fotouh remained silent throughout the session, refusing to answer any questions or sign the prosecutor’s report, Hardy said.

The tactic by authorities of conjuring up new charges against political prisoners to keep them behind bars without trial well beyond the two-year legal limit for remand detention is not a new one.

In December, the Strong Egypt Party’s deputy president, Mohamed al-Qassas, was ordered released from prison after spending 22 months in remand detention, only to find his imprisonment would continue on fresh charges three days later. He was added to the same case as Abouel Fotouh was this week, Case 1781/2019, on charges that included communicating with leaders of the Muslim Brotherthood from prison and funding the group’s activities.

Haridy, who is also Qassas’s lawyer, said at the time that he anticipated Case 1781/2019 would be used to re-charge prisoners who have approached the two-year remand detention limit. “It’s a ‘freezer’ — a way to keep political opposition away from public life for another two years,” Haridy said in December.

His assessment appears to have been correct, with Aboul Fotouh being added to the case on Sunday.

Meanwhile, the Court of Cassation accepted an appeal last Saturday submitted by Abouel Fotouh against a decision to include his name on a terrorist list and ordered a retrial in the case.

Abouel Fotouh’s health has severely deteriorated in prison and his repeated appeals for medical care have gone largely unanswered by prison authorities. He has suffered two heart attacks in detention, and his lawyer and family say his life is at risk.

AD
You Might Have Missed
Carbon Colonies & A Green New Deal
If they steal Sheikh Jarrah
Where do old lesbians go to die?
Mugamma revisited: Reimagining the building and the square
AD

Topics
Related
probation detention
Court finds police order to force activist to spend 12 hours a day in police station ‘abusive’ and ‘without justification’
The ruling lends weight to defense lawyers’ arguments in similar cases, the lawyer said.
prison conditions
Cold cells: Demands for warmth for prisoners
"But I kept having visions of smashing the glass barrier between us and wrapping him up in a shawl."
activist detentions
In 1st ruling of its kind, court invalidates order for activist to spend 12 hours in police station as part of probation sentence
The practice has been widely condemned by human rights groups as an excessive form of punishment.
journalist detentions
China, Turkey, Egypt, Saudi Arabia are world’s worst jailers of journalists in 2019, according to CPJ
The report found that the number of journalists imprisoned on “false news” charges rose to 30