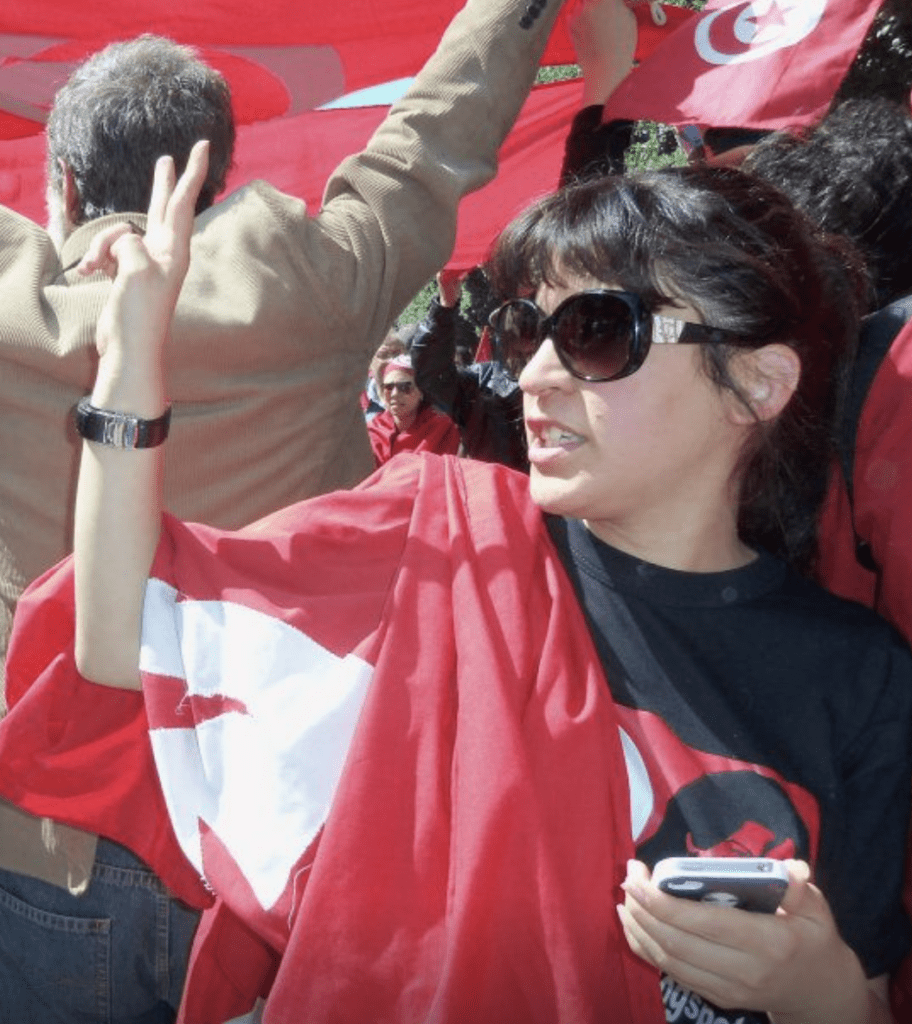 Prominent Tunisian blogger, journalist, and activist Lina Ben Mhenni died on Monday after a long illness. She was 36 years old.

When the Tunisian revolution that ousted longtime President Zine al-Abidine Ben Ali broke out in 2010, Ben Mhenni was the first blogger to travel to Sidi Bouzid to cover the uprising. Her posts at her blog, A Tunisian Girl, from Sidi Bouzid and other areas of the country included photos and video footage and were some of the first to document the scale of the demonstrations as well as the violent crackdown by security forces.

After the revolution, she continued to speak out tirelessly — particularly in support of freedom of expression and women’s rights — despite suffering from lupus, and still took part in multiple demonstrations. She also launched various initiatives, such as one that collected hundreds of thousands of books to create libraries inside prisons.

After news of her death, messages of remembrance and mourning by her friends and supporters poured onto social media.

“Lina has left us! This is a sad day for Tunisia,” one close friend wrote. “She was courageous, free, determined, devoted and immensely generous. Lina confronted police impunity with her sick body. Lina Ben Mhenni traveled across Tunisia to give voice to the voiceless despite her fragile health. Lina sacrificed what others call “a career” to invest in emancipating her fellow citizens. She was so devoted to freedom that she worked hard to supply Tunisian prisons with thousands of pounds to free the tormented minds of incarcerated bodies.”

Ben Mhenni continued to write up until the end. Her last blog post was published on Sunday, one day before she died. In it, she criticizes opposition parties in Tunisia for acting no different from those in power. “We are a people who do not learn from their past and do not remember the lessons of history, as if we were a people with only short-term memory, or perhaps no memory at all,” she wrote.

Topics
Related
Iraq protests 2019
Forty days of revolution in Iraq
Ahmed Youssef | Something is different about the October protests
Tunisian elections
How will President-elect Kais Saied lead Tunisia?
Establishing a constitutional court will be one priority especially given that he is a law professor
Tunisian elections
Voters in Tunisia shun traditional leaders as political outsiders advance to runoff
Two political outsiders advanced to the final round in Tunisia’s presidential elections.
Egypt-Tunisia relations
What do the Tunisian elections tell us?
Omar Said | Since the start of the Arab uprisings over three years ago, regional onlookers have often turned to Tunisia