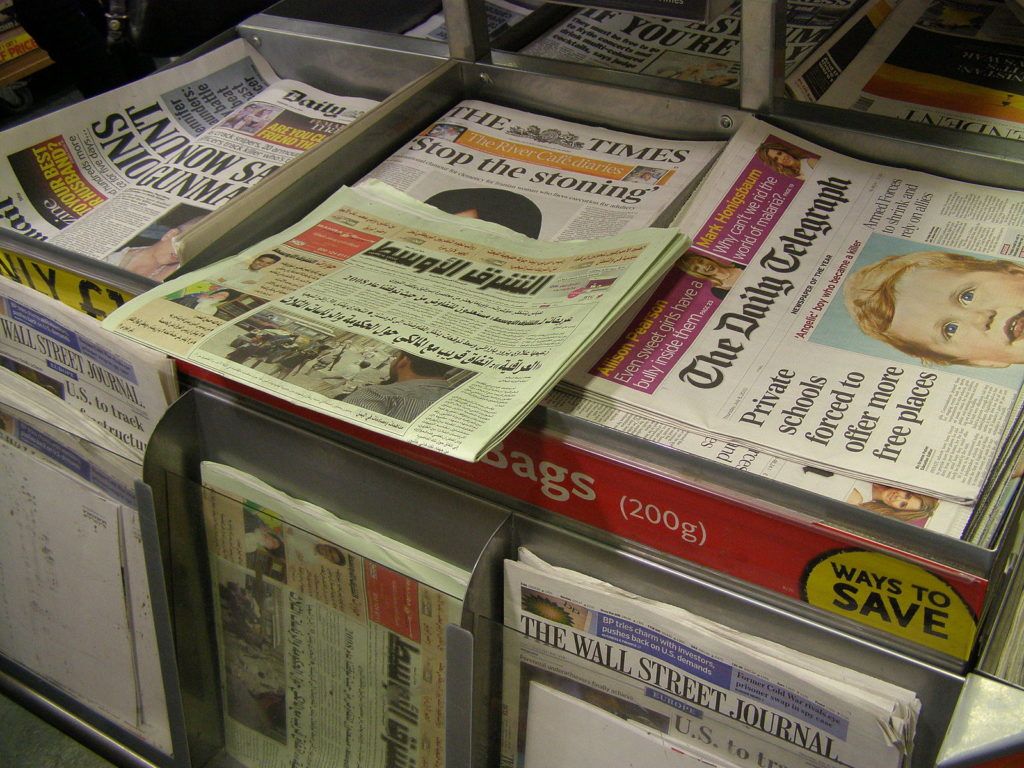 The Supreme Media Regulatory Council (SMRC) has received 284 requests to license websites, newspapers, and television channels under the terms of the new media law, according to statements by SMRC members on Tuesday. Around 198 licensing requests to register websites “failed to present the required documents for licensing,” according to Al-Watan newspaper.

There has been little movement on licensing requests since the Law Regulating the Press, Media and the Supreme Council for Media Regulation (Law 180/2018) was issued on August 27, 2018. The holdup is due to a long delay in the Cabinet’s issuance of the law’s executive regulations. Executive regulations clarify articles and lay out the implementation processes of laws.

Salehy holds the Journalists Syndicate board responsible for the delay and says the board has not communicated its opinion on the draft regulations put forth by the SMRC. According to Salehy, the SMRC sent a draft of the executive regulations to the Cabinet to adopt a long time ago, though he did not specify a date. The Cabinet then sent the draft to a number of bodies to get their opinions on the regulations. Salehy says they all approved of the draft except for the Journalists Syndicate, which voiced reservations on a number of clauses, preventing the Cabinet from ratifying the regulations.

Journalists Syndicate board member Mohamed Saad Abdel Hafiz disputes Salehy’s account, however. He tells Mada Masr that the syndicate board sent a letter with its comments on the draft to the SMRC and to the Cabinet 50 days ago and denied that any delay was caused by the syndicate board.
After the executive regulations are issued, the SMRC will send letters to representatives of newspapers and satellite channels that have previously submitted requests for licensing to legalizetheir status in order for the outlets to complete the necessary information and documentation, according to Salehy. After that, the SMRC will send each outlet a letter acknowledging their completed application and issue a decision within 30 days either granting or denying them a license.

In October 2018, the SMRC announced without warning that it had opened the registration window for online outlets. It offered outlets a two-week period to submit their paperwork, which was subsequently extended by an additional two weeks. In response, 113 websites, including Mada Masr, submitted licensing requests. In January 2019, the SMRC again said the window was open for licensing requests to be submitted until the end of the month. No outlet has reported receiving a response so far.

Topics
Related
Information Ministry
‘A minister without a ministry’ — confusion over role of newly appointed information minister
During Sunday’s meeting, Heikal presented his vision of the Information Ministry’s purview
internet surveillance
A three-step guide to becoming a model Facebook citizen in Egypt
Samir al-Nimr | I don’t remember exactly when I decided to create a parallel identity for myself on Facebook.
freedom of the press
Supreme Media Regulatory Council secretary: ‘We’ve yet to reach decision on website licensing, do not know when executive bylaws will be issued’
One year after the rushed application window, the SMRC has yet not reviewed any of the applications.
Journalists Syndicate
Police storm home of Al-Mashhad newspaper editor-in-chief and arrest his son
Mostafa Mohie | Shendy says he is unaware of any cases filed against him.