Cold cells: Demands for warmth for prisoners
By
Mada Masr 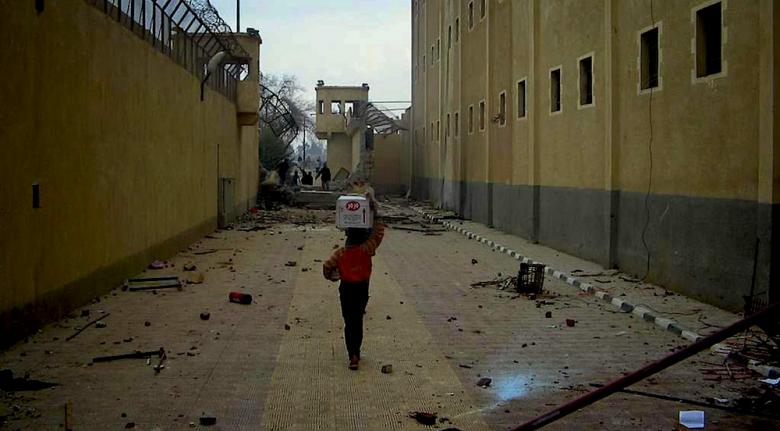 Prison authorities’ denial of warm clothes to detainees suffering from cold winter weather is the subject of a new campaign under an Arabic hashtag that translates to “cold cells” (#برد الزنازين).  A focal point of the campaign has been Maximum Security Wing 2 of Tora Prison Complex, where writer and software developer Alaa Abd El Fattah and his lawyer, Mohamed al-Baqer are both being held.

Prison authorities have refused to allow Abd El Fattah jackets, shawls, scarves, and hot water either for bathing or drinking,  according to his sister Mona Seif. He and his cellmates are also denied mattresses, forcing them to sleep on sheets laid down on cold concrete slabs. Abd El Fattah, Baqer and others are also denied reading material, exposure to the sun, or exercise time.

In a post published on Saturday, January 4, Seif wrote that her brother was visibly shivering and shaking for the first 30 minutes of their one-hour weekly visit.

“He told us not to worry, that he had just woken up so his body hadn’t had time to warm up. But I kept having visions of smashing the glass barrier between us and wrapping him up in a shawl,” Seif wrote.

Temperatures in Cairo have been at a low of 8 degrees Celsius, and are expected to remain cold for the rest of the week.

Writing under the hashtag, activist Elham Eidarous said the prison conditions of political detainees in the country are probably worse than they have ever been. “It is as though the authorities want political prisoners to be physically broken when they are released, in addition to having lost years of their lives.”

Abd El Fattah wrote about the toll of imprisonment on the body in a piece published last September, during a six month period in which he was released from prison after serving a five-year sentence — although he still spent every night in a police station as part of an additional five years of probation. He was re-arrested two weeks later, in a sweep that saw over 4,000 people arrested. While hundreds have since been released, the most high profile political detainees remain in detention.

Baqer was later arrested while representing Abd El Fattah during a hearing at State Security Prosecution.

Abd El Fattah and Baqer were both handed a 15-day renewal of their pretrial detention on Sunday, a decision which has become routine and expected, according to their families and lawyers.

In December, a group of women detainees held in Qanater women’s prison — among them lawyer Mahienour al-Massry — went on a partial hunger strike to protest their detention conditions, including medical negligence, and to call for a human rights delegation and the head of the Doctors Syndicate, Mona Mina, to visit the prison. Massry reiterated their demands to prosecutors on January 2 following the death of a female detainee named Mariam Salem in late December, according to the Free Mahienour Facebook page.

AD
You Might Have Missed
Mugamma revisited: Reimagining the building and the square
Carbon Colonies & A Green New Deal
Where do old lesbians go to die?
If they steal Sheikh Jarrah
AD

Topics
Related
prison conditions
Handicrafts, ostriches and football: Journalists, public figures taken on stage-managed tour of Tora Prison Complex
Attendees of the tour were not able to speak to prisoners or see actual places of detention.
prison conditions
Between prison and the outside world: The messengers of last resort
Hadeer El-Mahdawy | The letters from prison usually contain simple, heartfelt requests from prisoners.
prison conditions
Public Prosecution inspection team finds conditions in Tora ‘adequate’ despite widespread prisoner accounts of abuse, medical negligence
"The Public Prosecution’s brief statement made no mention of the widespread accounts of abuse."
prison conditions
Alaa Abd El Fattah and his lawyer recount humiliation and beatings in maximum-security prison
An officer told Alaa that he hates the revolution and that prison is made to ‘teach people like him'