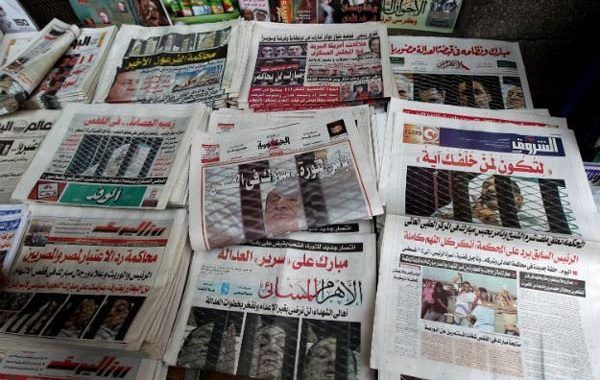 President Abdel Fattah al-Sisi on Sunday met with newly appointed Minister of Information Osama Heikal and Prime Minister Mostafa Madbuly to discuss policies and strategies intended to enhance the media’s role in “spreading awareness” and “combatting extremism,” according to a statement by presidential spokesperson Bassam Ragy. The president also directed Heikal to coordinate between the various state bodies regulating the press in Egypt.

There has been confusion over what role Heikal will play and what responsibilities the information minister has vis-a-vis the Supreme Media Regulatory Council (SMRC), headed by Makram Mohamed Ahmed. A media law ratified by Sisi in August 2018 granted far-reaching powers to the SMRC to oversee and regulate the press in Egypt.

The SMRC was first introduced in the 2014 constitution, along with two other bodies — the National Press Authority and the National Broadcasting Authority — to replace the Information Ministry, the Supreme Press Council, and the Egyptian Radio and Television Union.

During Sunday’s meeting, Heikal presented his vision of the Information Ministry’s purview, which included “conveying the real image of Egypt’s history and civilization and raising social awareness of the important development projects currently underway,” according to the presidential spokesperson.

Youssef al-Qaid, a member of the culture and information committee in Parliament, criticized Heikal’s comments as empty rhetoric. “This is vague talk from which nothing is understood,” Qaid told Mada Masr. “Heikal is a minister without a ministry.”

Qaid pointed out that the Information Ministry currently does not have an administrative entity attached to it and that the minister doesn’t even have a physical office. Heikal is currently working out of the Media Production City in 6th of October City where he serves as chairman of the board.

Urgent legislation is required to regulate the relationship between the newly reinstated Information Ministry and the SMRC, which now supervises the press, along with the National Press Authority and the National Broadcasting Authority, which together oversee state media, Qaid said, adding that Parliament has yet to receive any information about the issue.

A government source who spoke to Mada Masr on condition of anonymity said that he expects the president to issue a decree that will define the ministry’s role. The source added that given the current authority of the SMRC, along with the press and broadcasting authorities, the most likely role of the information minister will be to coordinate between the three bodies.

Also on Sunday, the SMRC issued its second annual report on the state of the media in Egypt. The report concludes that there is freedom of the press in Egypt and that the media has overcome the “period of chaos” it has suffered from since 2011, according to comments by Gamal Shawky, the head of SMRC’s complaints committee, in a press conference on Sunday. The report also found a 30 percent decrease in media violations over the previous year.

The conclusions of the SMRC report are in stark contrast to the findings of the Committee to Protect Journalists, which ranked Egypt as the third-worst jailer of journalists in the world in its most recent census report published last month. The New York-based watchdog also found that Egypt imprisoned journalists on “false news” charges more than any other country.

AD
You Might Have Missed
Where do old lesbians go to die?
Carbon Colonies & A Green New Deal
Mugamma revisited: Reimagining the building and the square
If they steal Sheikh Jarrah
AD

Topics
Related
publishing charges
Supreme military appeals court upholds 5-year sentence against Khaled Lotfy, publisher of Arabic translation of Israeli-authored book
The verdict, from the highest appeals court in the military justice system, cannot be appealed.
journalist detentions
China, Turkey, Egypt, Saudi Arabia are world’s worst jailers of journalists in 2019, according to CPJ
The report found that the number of journalists imprisoned on “false news” charges rose to 30
journalist detentions
Woes of an ordinary journalist
Rana Mamdouh | Who added my name to these lists? And why?
freedom of the press
Supreme Media Regulatory Council secretary: ‘We’ve yet to reach decision on website licensing, do not know when executive bylaws will be issued’
One year after the rushed application window, the SMRC has yet not reviewed any of the applications.