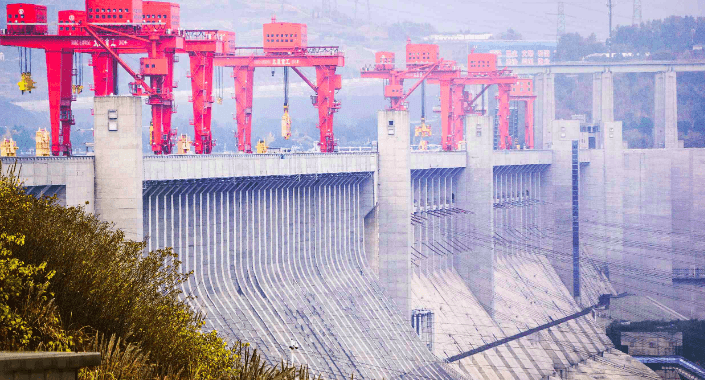 In his address at the UN General Assembly on September 24, Sisi said: “The continued stumbling of negotiations with Ethiopia about GERD will have negative repercussions on the stability and development of the whole region, particularly in Egypt. We recognize Ethiopia’s right to development, but Nile water is a matter of life to Egypt. This places a big responsibility on the international community to play a constructive role in encouraging all involved parties to be flexible so that we reach a solution acceptable to all.”

Earlier this month in a hastily organized iteration of the National Youth Conference, the president suggested that the construction of the Ethiopian Renaissance dam was only possible in the aftermath of the 2011 revolution and people’s misguided belief in social movements propelled by social media. “You tell me: ‘Sisi find a solution. Get us water. Social media networks contributed to falsifying people’s awareness, that issues can be solved by movements like this,” he said pointedly.

Sisi’s statements mark a change in tone compared to his more optimistic remarks two years ago, which indicated that negotiations with Ethiopia were going well. “There is no crisis,” he said after a 2017 meeting with former Sudanese President Omar al-Bashir and former Ethiopian Prime Minister Hailemariam Desalegn.

The most contentious and persistent issue in the negotiation centers around the time frame in which Ethiopia will fill the 74 billion cubic meter dam, which is expected to exacerbate Egypt’s water scarcity. The dam will be filled from Blue Nile water that supplies Egypt with up to 80% of its annual share from the Nile, a share considered insufficient to cover the country’s water needs. Egypt has been demanding an extension in the duration of the dam filling to seven years in order to mitigate its effects, while Ethiopia has been pushing for a three-year filling plan. In the latest round of negotiations held in Cairo earlier this month between Egypt, Ethiopia and Sudan, Cairo officially announced the talks’ failure after Ethiopia refused its a timeline for the dam filling.

“Egypt is acting as the owner of the dam and coming up with the proposal asking Ethiopia to comment on that. This is not logical, actually,” Executive Director of the Eastern Nile Technical Regional Office Fekahmed Negash told Ethiopian News Agency on September 26.

An Egyptian government source told Mada Masr on condition of anonymity that: “The situation is catastrophic and we fear that the clock is ticking. We will reach a critical point within days because Ethiopia’s negotiation stance seems unlikely to change, and it looks like Sudan will not back Egypt’s position.”

The source said that the upcoming tripartite meeting in Khartoum, scheduled for next week, between technical experts and the irrigation ministers from Egypt, Sudan and Ethiopia, could be the last of the mechanisms established by the trilateral “declaration of principles” signed in  Khartoum in March 2015 with the aim of reaching a deal that serves the development interests of all three countries.

The 2015 agreement served as Egypt’s recognition of Ethiopia’s right to build the dam. As part of the deal, Cairo agreed to the choice of international consultancy firms BRL and Artelia to conduct technical studies. The agreement also set the initial guidelines for the first filling and management of GERD. But Ethiopia backtracked on some of its commitments from the agreement pertaining to the filling of the dam, a matter to which Egypt eventually conceded.

During the Egyptian deliberations that preceded the Khartoum agreement, a number of official bodies told Sisi that the agreement would weaken Egypt’s position in the negotiations, according to a former government source who took part in the meetings. At this point, Egypt’s main strategy was to request international institutions not to fund the construction of the dam.

Fayza Abul Naga, an advisor to the president, as well as former intelligence specialists and specialists from the ministries of Foreign Affairs, Defense and Irrigation, all agreed that the Khartoum agreement represents an Egyptian green light for Ethiopia to build the dam without securing any guarantees or commitments from the latter, the former government source said. However, Sisi ended up signing the agreement, telling his aides at the time that it would lead to a big change in the Ethiopian stance, and that he would put to use “his personal influence on Ethiopian officials and Ethiopian public opinion.”

Sisi is not the first president that has had to deal with the political challenges posed by the Ethiopian megaproject. According to another government source who participated in Egyptian deliberations on GERD, the handling of the issue by ousted former President Mohamed Morsi — who was deposed by the military on the back of mass protests against his one year rule —was a major cause source of criticism against him. Just three weeks before Morsi’s removal, a meeting between him and three senior officials was unexpectedly broadcast live, during which they discussed ways to deal with the crisis, including a proposal to take military action against Ethiopia. Morsi and the other participants in the meeting were reportedly unaware it was being broadcast.

Shortly after Sisi took office and appointed Nabil Fahmy as foreign affairs minister, the latter was able to smooth over matters during a tour in which he convinced several countries financing the dam to withhold their funds until an agreement was reached between Egypt and Ethiopia, according to a former diplomat. They added that demanding creditor countries not to provide further financial and technical support to Ethiopia had been the main tactic used by the Egyptian diplomacy since GERD project was initially discussed in the last few years of former President Hosni Mubarak’s rule.

Mubarak received the first official report on the potential construction of GERD in late 2008, according to a former official working in his office. He then formed a committee to look into the matter, which included the ministries of Defense, Foreign Affairs, Interior, Irrigation and Electricity. The backbone of their strategy was to obstruct the dam’s construction and stall talks on the redistribution of Nile water shares for the basin countries.

In 2010, Egypt decided to seek the opinion of James Crawford, an expert in international legal disputes. The expert made specific recommendations to the Supreme Council of the Armed Forces, which ruled the country after Mubarak’s ouster in 2011. But these recommendations were not implemented until Morsi took office as the first president elected following the revolution in June 2012.

All three Nile Basin countries eagerly await the next round of negotiations next week. Another failed attempt could push Egypt to take sterner diplomatic measures, such as recalling its ambassador in Addis Ababa, reducing its diplomatic delegation there, or requesting international intervention, either by bringing a complaint to the UN Security Council or calling on specific countries to interfere. Even in the face of these possible measures, it is still unclear if, or to what extent, Ethiopia is willing to amend its position.

Yet, what remains in question is Egypt’s ability to manage its broader water resources issue, of which GERD is only a part.