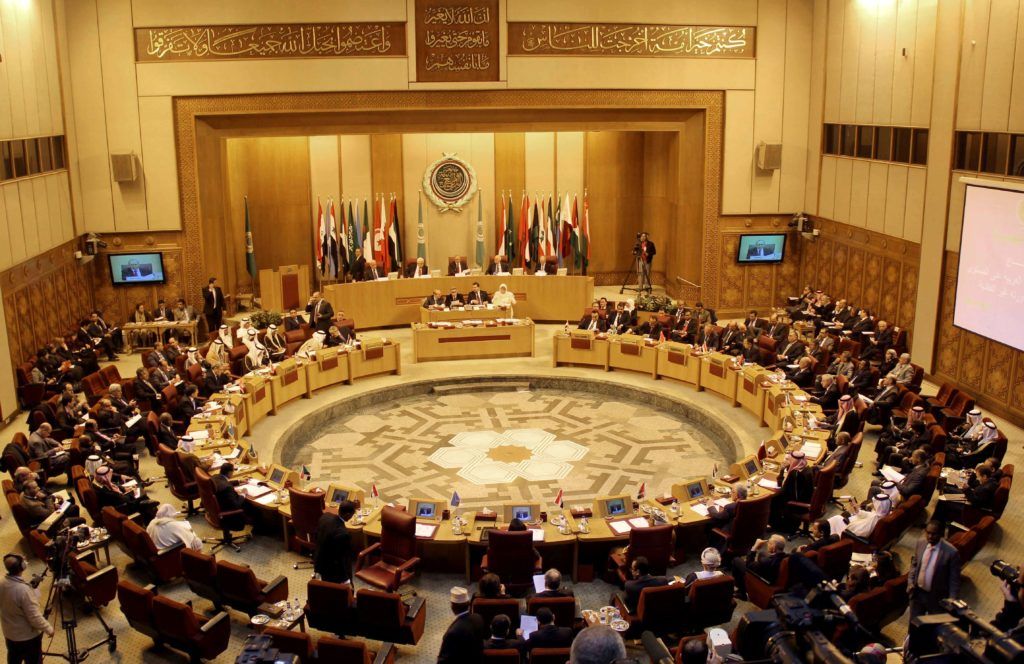 The four countries boycotting Qatar – Egypt, Saudi Arabia, the United Arab Emirates and Bahrain – are expected to introduce a draft statement condemning Qatari media at a meeting of Arab League foreign ministers scheduled for Tuesday in Cairo, according to diplomatic sources.

The 152nd session of the Arab League Council kicked off Sunday in Cairo at the level of permanent delegates.

An Arab diplomat who spoke to Mada Masr on condition of anonymity said the four countries will introduce a statement “condemning Qatari media for broadcasting false information with the aim of misrepresenting Arab governments in order to sow confusion.”

The source said the draft statement was put forward by Egypt and was supported by the three other countries boycotting Qatar. The source pointed out that the move comes just weeks before Qatar’s Al Jazeera network is expected to launch a media series on the anniversary of the brutal killing of Saudi journalist Jamal Khashoggi in the Saudi consulate in Istanbul last year.

The same source added that the draft statement also coincides with Cairo’s frustration at the Al Araby channel and other Qatari-supported channels who are closely covering the video statements made by Egyptian contractor and actor Mohamed Ali on social media, in which he makes detailed accusations of corruption against the Egyptian Armed Forces and President Abdel Fattah al-Sisi.

A second topic of focus at tomorrow’s meeting of foreign ministers is a draft resolution put forward by Egypt aimed at providing direct support to Khalifa Hafter, commander of the self-styled Libyan National Army, whose failed military campaign to take control of Tripoli over the last few months has reached an impasse.

The Libyan representative of the Arab League, who is affiliated with the internationally recognized, Tripoli-based Government of National Accord, rejected the draft resolution during the meeting of permanent delegates, saying it “amounts to Egyptian interference in internal Libyan affairs.”

The third main focus will be a draft resolution introduced by the Palestinian Authority against Israel for its occupation of Palestinian lands and its military operations that have killed and severely wounded Palestinians. In the resolution, Ramallah calls on Arab countries to join in opposing a US initiative known as the “Deal of the Century,” which is expected to be introduced by the Trump administration this fall, according to Egyptian diplomatic sources. Egypt, Saudi Arabia, the United Arab Emirates and Bahrain all opposed the Palestinian draft as “confrontational,” sources said.