In our weekly Chit-chat segment, we host novelist and translator Nael El Toukhy, who tells us about the things he loves most: “Writing, listening to songs, and riding bikes.” We also offer you more recommendations to read, watch and listen to.

Ferrari’s novel is about the human spirit and how it can move from one extreme to the other over time. It follows Capitaine Dogorce, who starts off in the French resistance during World War II, is captured and tortured by the Nazis, and ends up an officer in the French occupation forces in Algeria, tasked with extracting confessions from (i.e., physically and mentally torturing) members of the Algerian resistance, as well as French socialists who aid them. In his exploration of the depths of his protagonist’s psyche, Ferrari, a philosophy professor, creates a literary masterpiece of lasting resonance. The novel can be classified as prison literature, but what really makes it stand out is that it’s told from the perspective of the oppressor, an ex-prisoner himself who — as the title tells us — loses his soul along the way.

Where I Left My Soul was translated into English by Geoffrey Strachan and into Arabic by Mohamed Saleh al-Ghamdi. 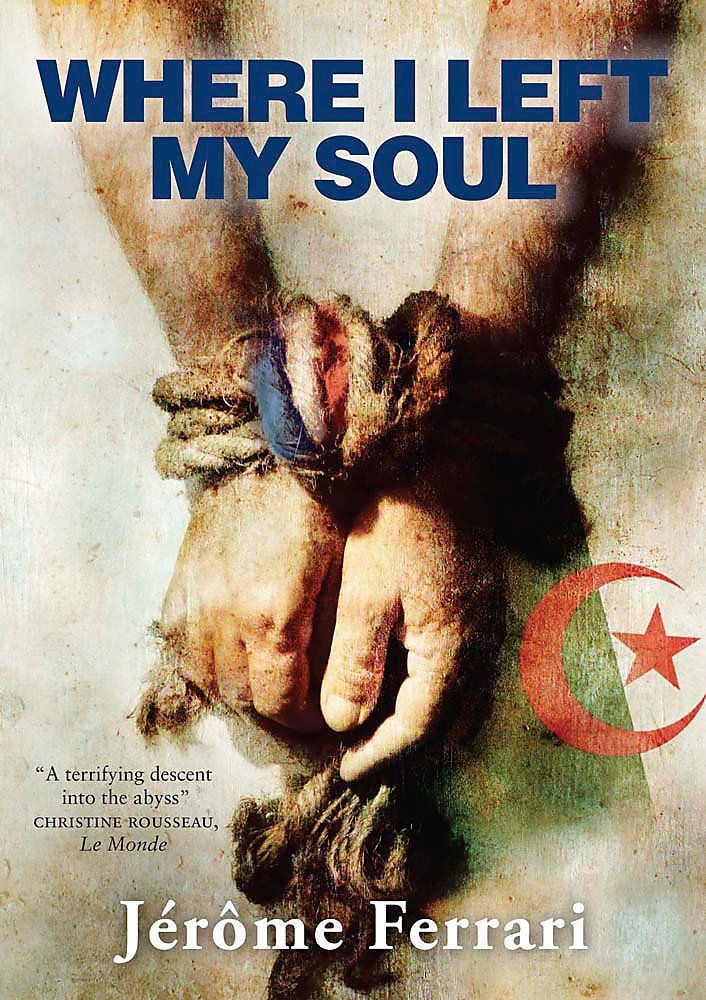 A miniseries of four episodes (each over an hour long) based on a true story that took place in New York City in 1989. A young white woman is brutally beaten and raped while jogging in Central Park, her blood-soaked body is found by a passerby who calls the police, and a full-blown arrest campaign is set in motion: every black male who was in or around the park that night is a suspect.

Later, five African-American teenagers are arbitrarily arrested, charged and sent to prison, with sentences ranging from five to fifteen years. In 2002, all five men were proven innocent when another prisoner confessed to the crime.

The show, produced by and available for streaming on Netflix, is more than just another courtroom drama; it is a thorough and profoundly moving treatment of the story of the “Central Park Five,” as the men have long been referred to in US media. It shows how utterly avoidable indicting those five teenagers was, if the entire system around them had not been racist, from the police to the jury to the business community, including Donald Trump, then still a real estate tycoon, who publicly demanded the reinstitution of the death penalty in the state of New York so those five kids would receive their “due punishment.”

Creator and director Ava Duvernay masterfully captures the spirit of the times, reenacting the events with exacting precision and gut-wrenching performances from an exceptionally skillful ensemble cast. The experience of watching this show will fill you with immense anger, but the experience is likely to stay with you for a long time.

This week we recommend a selection that includes music from Tunisian artists Anouar Brahem and 4LFA, three “Afro-cocktails” by Egyptian artist Yara Mekawei, and tales from the life of Sudanese music icon Aisha al-Fallatiya.

Our guest this week is Nael El Toukhy, interviewed by Ahmed Wael.

I write literary fiction and reflections for two groups: 1) Arabic speakers, they are the one group I always have in mind while writing and 2) The world, particularly when I’m writing fiction. To me, there’s no value to fiction that doesn’t speak to “humans” — as silly as this word seems — from every time and place.

How do you see the future?

A different place that speaks a different language, and the moment we learn that language our awe and bewilderment dissipate, and we discover how banal it is — just like the place we’ve come from.

What do you love the most?

Writing, riding my bike, and listening to music (not singing, and not listening to instrumental music). Put me anywhere where I have my bike and my laptop and you’ll see how happy I become.

What are you scared of the most?

To feel that someone has something over me, for whatever reason. To make a mistake and refuse to acknowledge my error and end up in a terrible situation. To lose my desire to learn as I grow older, with the “prestige” that comes along with age.

Is it true that the world never changes but we are the ones who do?

We invent things in order to develop what’s been left behind by those who preceded us, these things we invent change the world, and that change in the world ends up changing us.

What is a “homeland”?

A place I am used to.

The past was over when…

For someone like me, the past was over when the Internet arrived, and everyone suddenly had the right to write what they wanted and nobody had any power over them. If we go back in time, the answer would be the invention of the printing press, or when they came up with the alphabet, and so on.

Do we pass time? Or does time pass us by?

But if I ask you “Do we make love or does love make us?” you might be impressed and think I’m very poetic. But it’s actually still a ridiculous question because love making us is just like the sidewalk walking on us — unthinkable. The only difference is that love is an abstract concept, so your brain can’t visualize it, and therefore you might be temporarily impressed with the phrasing, that’s all. Your mind will think of the language, not the meaning, before you realize it’s actually an empty sentence. What does it mean? That love changes us? Brings us to life? I could’ve picked any of these, but I chose “make” just so it would match the first half of the question, creating a beautiful phrase that has no meaning.  That’s all there is to it. 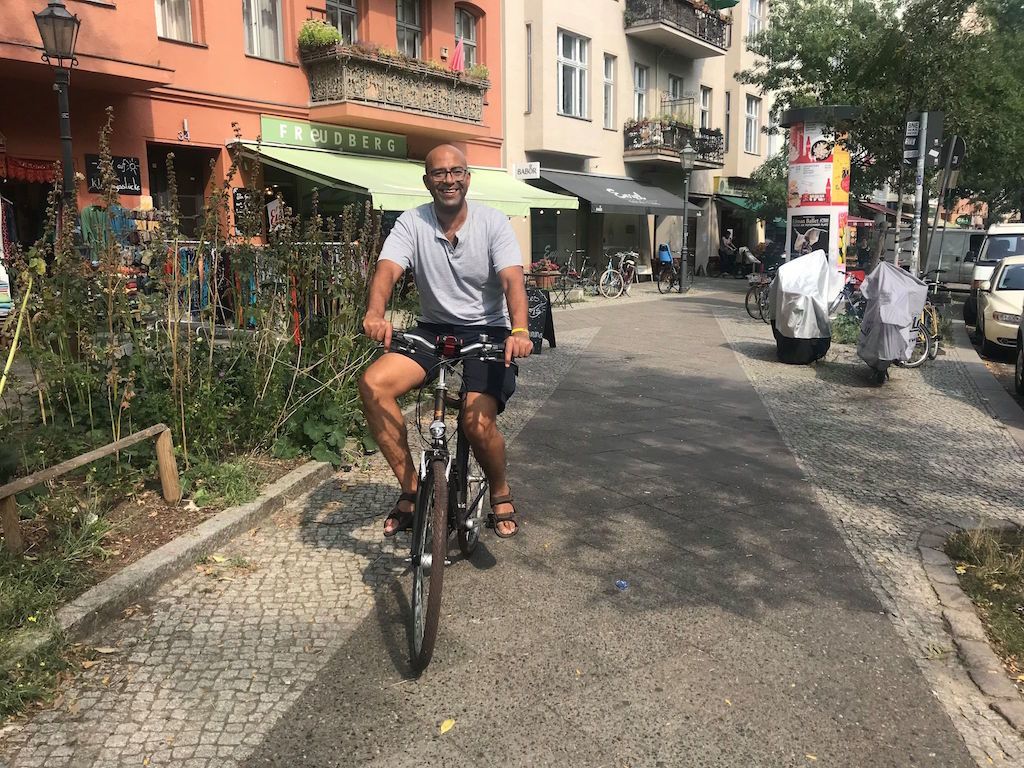 Breaking Bad fans can now rejoice in the news that the story they followed for five seasons is not over yet — at least not for Jesse Pinkman (Aaron Paul). Produced by Netflix, El Camino: A Breaking Bad Movie is set for release on the online streaming platform October 11. The film, directed by Breaking Bad creator Vince Gilligan, follows the trajectory of Pinkman after he escapes his captors (as seen in the series’ finale) and attempts to deal with his past and a precarious future.

Topics
Related
book reviews
Detox: Issue 01
WHAT’S UP? For Detox’s new weekly segment, Chit-chat, we have a guest! Make sure you keep reading
book reviews
Cairo, Coltrane and a fictional village
Sherif Abdel Samad | I delved into Nool’s first three titles in an attempt to get a feel for the direction they’re taking
book reviews
Detox: Issue 00
Our suggestions are meant to urge you to sit back, relax and reflect — detox, if you will.
contemporary art
Binaries in music writing: Gender as a way out
Maha ElNabawi | Are we meant to discuss music solely through aesthetic critique or are we meant to contextualize it?