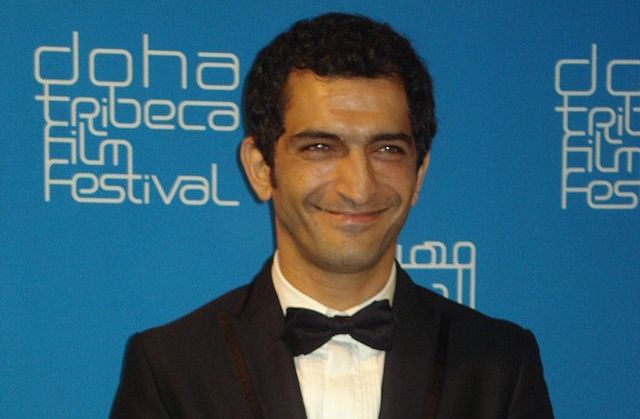 Egyptian actor Amr Waked — who has been living in Europe since October 2017 — has stated that he will not be returning to Egypt for the time being, after learning from his lawyers that two prison sentences have been issued against him by a military court.

Waked tweeted on Monday evening that he would likely be imprisoned if he returned to his native Egypt, explaining that he has received, in absentia, a five-year and a three-year prison term for “insulting state institutions and spreading false news.”

The 45-year-old actor told Mada Masr that his lawyers are attempting to obtain further information about the verdicts, but have only been able to find out the nature of the charges as of yet.

On his Twitter account, Waked also alleged that Egyptian authorities abroad refused to renew his passport early last year, explaining to Mada Masr that the Egyptian Embassy in Madrid informed him that his passport could not be renewed because it was valid until November. He was also told that he must return to Egypt to renew it, and has not attempted to do so again since.

Waked — who has long been a vocal government critic and is known for his outspoken political stances and participation since the outset of Egypt’s 2011 revolution — has been internationally recognized as an actor for his roles in Yousry Nasrallah’s The Aquarium, Ibrahim El Batout’s El Ott, and Hollywood film Syriana, among others.

His history of political opposition includes his criticism of calls made by then-Minister of Defense Abdel Fattah al-Sisi for a public mandate against Egypt’s “war on terror” following the military-backed ouster of former President Mohamed Morsi in 2013, and his stance against Egypt’s controversial secession of sovereignty of two Red Sea islands, Tiran and Sanafir, to Saudi Arabia in 2016.

On Wednesday, Waked wrote on Twitter that his “rights had been severely violated” as a result of his political views, in reference to the military court verdicts issued against him.

He explained to Mada Masr that he has felt pressure from the government since September 2017, after a private citizen filed a complaint against him regarding an alleged act of vandalism that the actor found to be strange. He was summoned by authorities and interrogated in relation to the case, and later received a prison sentence in absentia, but settled the matter with the plaintiff out of court.

During that time, he also learned that his family home had been broken into, but that no possessions appeared to have been stolen, an incident that he also believes to be a form of intimidation.

In October of that year, Waked was able to leave the country after receiving unofficial information regarding a warrant issued for his arrest. By the end of 2017, his lawyers had discovered that he was being charged for insulting state institutions in a military case, without further details. It was then that the actor decided not to return to Egypt until more information regarding the case surfaced.

“In January and February 2018, an Egyptian sovereign body communicated with me through a mediator, asking to meet me to solve the issue, but both times I refused. In May, the lawyers found out about the two military verdicts,” Waked said, adding that he believes the verdicts were intended to silence him or force him to cooperate with the authorities.

In March 2018, local media reported that a lawyer had filed complaints against Waked before the prosecutor general. The first accused him of attempting to “spread chaos and cast doubt on presidential elections” in a tweet, while the most recent complaint accused him of “insulting the judiciary and disrupting public peace” in relation to a tweet Waked posted criticizing death sentences in light of a spate of executions that took place in Egypt last month.

Waked explained to Mada Masr that he decided to wait before speaking out in hopes that the situation would change, but has decided to publicize his case because he senses a great danger threatening the whole country, and he no longer has hope that “the dark situation will be lifted, and our rights will be granted.”

“I am an artist, not a member of the military,” he said. “Why do military prosecutors want to interrogate me, or any other civilian? Is it to terrify people who speak out? Every citizen has the right to an opinion on political cases, and the military has no right to put them on trial. I have respect for the Armed Force’s role in defending me, not in interrogating me. I have fully fulfilled my duties and completed my military service.”

“Now they are amending the Constitution, and the country will be their backyard,” he added. “The world needs to know how Egypt is being run.”

In mid-February, Egypt’s House of Representatives voted overwhelmingly to approve, in principle, a set of constitutional amendments that would allow Sisi to extend his term in office until 2034. The amendments would also re-introduce an upper house of Parliament — the Senate — and change articles relating to the legislature, the judiciary, the media and the Armed Forces.

In a June 2018 report, the New York-based NGO Human Rights Watch criticized the Egyptian government for its increasing use of military trials to target political opponents, saying this was an effort to silence dissent through “abusive practices and distortion of counterterrorism measures.” Their report found 15,000 cases of civilians, including hundreds of children, referred to military prosecutors since 2014, despite the Constitution stipulating that special tribunals are prohibited and that all citizens must be guaranteed due legal process.