اقرأها بالعربية
Post strike, are Uber and Careem drivers on road to unionization? 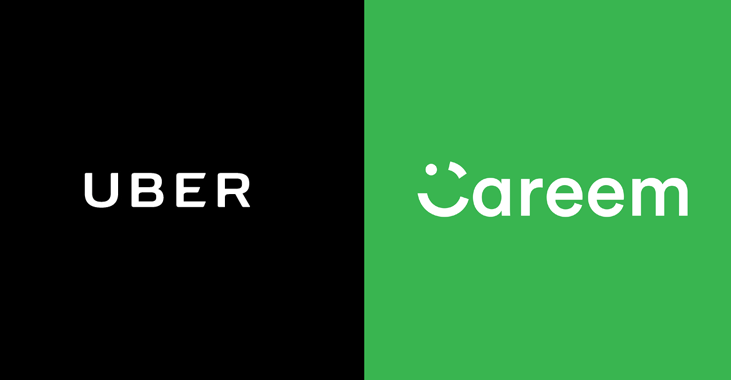 A four-day strike by drivers contracted under the two dominant ride-hailing companies in Egypt is in the rearview, having come and gone last week.

When drivers working with Uber and Careem announced they would strike in early February, they had a list of demands in hand to introduce minimum safety protocols, amend the driver assessment system, and increase their pay, among other demands.

Last week, drivers made good on their plan under the slogan “Khaleeha teflis” (Let it go bankrupt): a host of drivers halted work with the company for a four-day period starting February 24.

Measuring the extent and success of the strike is difficult. While one of the Facebook groups drivers used to organize had over 4,000 members, both of the apps continued to work during this period.

Despite the absence of visible interruptions when using the applications over these four days, the campaign seems to have caused the two companies concern about the potential a call for a strike might have. Al-Mal reports that Uber sent a message to its drivers explaining that there would likely be increased demand on Thursday, the day after the strike concluded. The company asked drivers to take advantage of this opportunity to work. Meanwhile, Careem promised its workers that they would receive a free meal from Abu Shaqra restaurants if they conducted at least three trips on the first day of the strike.

On one of the Facebook groups organizing the strike, a number of drivers expressed enthusiasm about the strike and what they considered to be its successes. There are satirical posts about the drivers who ignored the call for the strike, while others made a song discussing the drivers’ issues and calling for participation in the strike and solidarity with its demands.

Now, with the strike in the rearview, what comes next for drivers is yet to be navigated. Internal discussions show the drivers as not having a clear vision for what will follow if the companies refuse to respond to their demands. Lurking behind both the limited efficacy of the strike and this unsure future is the question of unionization, which drivers tell Mada Masr is on their agenda.

What led to the strike?

One of the central grievances for drivers is that they are not receiving adequate compensation for their work, especially after Uber and Careem introduced new rates that saw the companies take a larger commission for individual fares.

Both companies changed their pricing mechanism in July 2018, and then Uber altered its pricing again last month, amid discussions with the Finance Ministry regarding payment of the valued-added tax.

Amr, who works as a driver for both Uber and Careem in Alexandria, tells Mada Masr that the companies receive a large portion of each ride fare via commissions, which greatly impacts drivers’ incomes and their ability to continue working.

According to Amr, Uber’s commission fee rose from 20 percent to 22.5 percent of each ride. Drivers must also pay VAT, which increases the total rates to 25.5 percent for Uber and 37 percent for Careem.

He believes that it is unfair to make drivers pay VAT, arguing that, as in other cases, it should be billed to the consumer. Drivers are demanding that the companies reduce their commission to 15 percent, and increasing the rates for rides so they can continue to work. 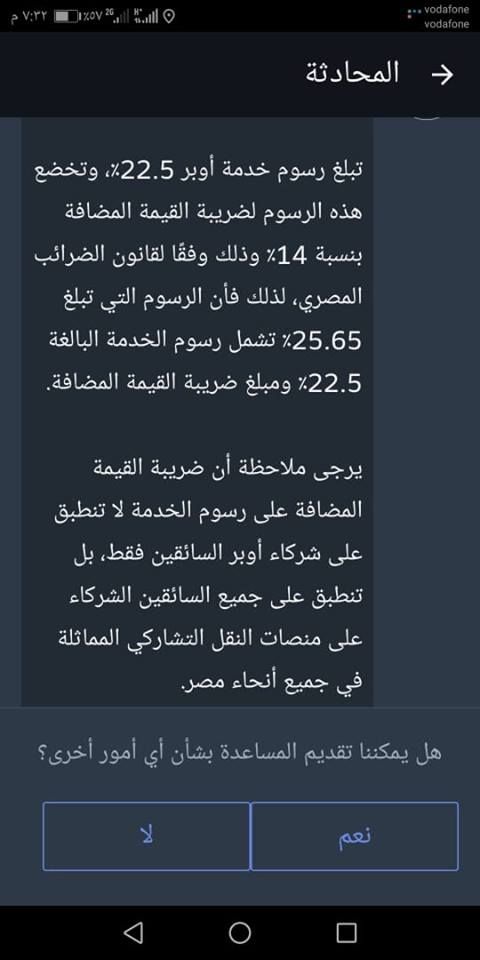 An SMS received by a driver from Uber saying, “Service fees for Uber are 22.5%. These fees are subject to a 14% VAT, according to Egyptian tax law. The total fee rate is 25.65%, including the 22.5% service fee and the VAT. Please remember that VAT on service fees does not apply only to Uber’s driver-partners, but to driver-partners for all ride-sharing platforms across Egypt.”

While there seems to be a wide gap between what drivers for the respective companies take home, the difference is actually nonexistent — given the variations in pricing mechanisms, the total income made by drivers in both companies are the same.

Amr adds that many of the drivers do not own cars and cannot work in the field without operating cars that require either loan installments or fixed monthly payments to their owners.

He also explains that the companies tend to punish drivers by banning them from work for specific periods of time — ranging from three days to a week — if their rating drops below 4.7, or if they reject too many trip requests. While he did not reject the rating system outright, he thinks that it will only be fair if it is similarly applied to consumers. He also thinks that there should be a mechanism for drivers to defend themselves in cases where there is a dispute with a client.

Drivers have also demanded that clients be required to register their personal data and national ID number to protect drivers from the threat of forced robberies that some drivers occasionally face.

Possibility for a drivers’ union?

The call to strike may open the door for drivers to renegotiate their labor position when working for ride-sharing companies like Uber and Careem, a push which has been happening internationally.

Uber has insisted that it is a technology company that connects passengers and drivers, rather than a transportation company, in an attempt to distance themselves from the legal liabilities and labor regulations that govern employee-employer relationships.

However, this argument has not stood in a number of European courts. The most recent lawsuit was adjudicated in France last month, when a court ruled in favor of a driver who argued that he effectively was working under a labor contract with Uber. In December, a British court ordered Uber to pay drivers a minimum wage and affirmed their right to a regular weekly holiday.

The law passed by the Egyptian Parliament to regulate ridesharing services does not touch upon the nature of the relationships between the companies and drivers.

Mohamed Abdel Salem, a trade unionist and labor activist, pointed out that the nature of work between companies like Uber and Careem and their drivers is fundamentally different from normal work relationships, in that the workers, not the company, own the means of production. Thus, drivers are not committed to working certain hours for the company. They can also miss work on days they want.

However, while developments in technology have changed some of the marketplaces where services are bought and sold, Abdel Salem argues that workers must be able to demand their rights and safe labor conditions. According to Abdel Salem, the path toward improvements in this regard begins with trying to form a trade union to represent drivers.

Amr realizes that the attempt to establish a union is an important step for the drivers and is a suggestion that has frequently come up in discussions.

“People want something to unite them and speak for them,” Amr says. “But they don’t know how they can, because no one has time.”

AD
You Might Have Missed
Mugamma revisited: Reimagining the building and the square
Where do old lesbians go to die?
Carbon Colonies & A Green New Deal
What we talk about when we talk about trees
AD
Mohamed Hamama
84 articles on Mada

Topics
Related
Uber
Sources: Interference with Uber app tied to company’s refusal to share user data with security bodies
Mohamed Hamama | Negotiations were going well until a few weeks ago.
Careem
Imminent Uber-Careem merger to come at the expense of consumers
Alaa Haggag | The ECA announced its intention to act against the companies if a deal to merge is struck
Careem
Can white taxis survive in an app-based transportation market?
Mostafa Mohie | Black and white taxis were the only available taxicab option in Cairo, until white taxis came along 10
Uber
Egypt, Uber and the world
Mohamed Hamama | On the unanswered questions in Egypt's new law regulating transportation network companies