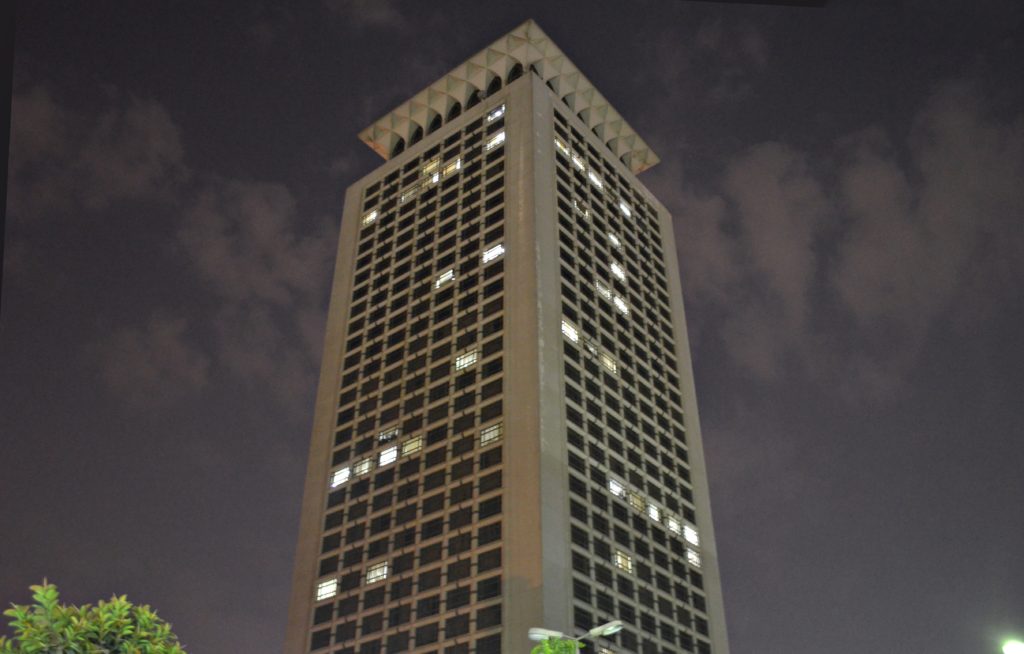 Concern over the use of torture during investigations into the assassination of former Prosecutor General Hesham Barakat has taken center stage in a back and forth between the United Nations and the Egyptian Foreign Ministry, after nine men tried in the case were executed last week.

Following the Wednesday execution of nine men sentence in the case, the Office of the United Nations High Commissioner for Human Rights (OHCHR) issued a statement  on Friday calling for Egypt to halt implementation of the death penalty in Egypt amid torture allegations, as others remain “at imminent risk of execution.”

“They are all killings for which the death penalty is permissible under international law although we urge, as you know, our common position at the UN is to advocate the abolition of the death penalty,” OHCHR spokesperson Rupert Colville is quoted as saying. “The issue here is fair trial, use of torture, forced confessions and so on.”

In a report Mada Masr published on the assassination of Barakat and the ensuing trial, case files showed that the prosecution had documented uniform accounts of severe torture from defendants. When the prosecution ordered the defendants to be examined by the forensic medical office, there was no response, despite occasional reiterations. The file that was submitted to the court did not include the results of these requests, casting doubt as to whether the examinations took place.

With the exception of three defendants, all of the others charged say they were arrested weeks before appearing before the prosecution, according to the case files.

In documents detailing the final interrogation sessions, the defendants retracted the accounts they had given, even those who had denied involvement from the start. According to the defendants, the recantations came after they were sure they were leaving National Security Agency custody and going to prison.

In his Friday statement, Colville echoed what was documented in the investigations, asserting that all defendants who have been executed “claimed before the courts that they had been disappeared, or detained incommunicado for prolonged periods, and were subjected to torture in order to make them confess to the crimes,” adding that a July 2017 report by the UN Committee against Torture said that torture is “practiced systematically” in Egypt.

The nine executions in a single day mark a significant escalation in Egypt’s use of the death penalty this year, with a total of 15 people put to death this month alone. Over the first two weeks of February, six people were executed in two separate cases that rights organizations say were rife with due process violations, including the use of torture to extract confessions.

Egypt’s Foreign Ministry, however, has refuted the OHCHR’s criticism of the trial proceedings in a Sunday statement that framed the criticism as an infringement into the autonomy of the country’s judiciary, warning against “one-sided perspectives of a single model that is considered superior to its counterparts.”

The ministry’s statement asserted that “the verdict was issued after lengthy fair and transparent trials, and stressed the independence of Egypt’s judiciary and its right to issue verdicts in accordance with Egyptian laws, which are also in line with relevant international standards.”

The ministry also “refuted references to allegations regarding the extraction of confessions, calling for a careful reading of the verdict and the grounds on which it was based … instead of relying solely on defamatory allegations that aim to distort facts.”

Egypt also argued that international human rights mechanism should “respect” the diversity of cultural and legal specifies in a country, as these are “an integral component of human rights.”

One day before the nine men were executed, Amnesty International released a statement appealing to Egyptian authorities to halt the implementation of the death penalty in the case, described the trial as “grossly unfair.”

“Those responsible for the attack that killed Egypt’s former public prosecutor deserve to be punished but executing men who were convicted in trials marred by torture allegations is not justice but a testament to the magnitude of injustice in the country,” Najia Bounaim, Amnesty International’s North Africa Campaigns Director, was quoted as saying.

Human rights groups have previously pointed to a number of examples that suggest executions carried out in Egypt are “politicized and retaliatory.” A statement released last year by 12 local rights organizations expressed concern that the execution of four men in January 2018 came “as a political response, following very recent armed attacks on civilians and military personnel on December 28 and 29, 2017.”

Other organizations have pointed to similar concerns. A 2017 report by the Carnegie Endowment for International Peace states that “one glaring example is the execution of six young defendants in the Arab Sharkas case on May 17, 2015, the day after an attack on judges in Arish in the northern Sinai.” It also notes that the execution of Adel Habara on December 15, 2016, took place four days after a suicide bomber killed 29 at the St. Peter and St. Paul’s Church in Cairo.

According to a monthly survey conducted by the Egyptian Initiative for Personal Rights, 56 defendants were handed death sentences in January of this year, in addition to 48 others who received preliminary death sentences — which are sent to the Grand Mufti for his non-binding opinion — during the same month.

Between January and November 2018, at least 32 defendants were executed in eight civilian cases and 11 military cases in Egypt, according to a report issued by the Egyptian Initiative for Personal Rights. The reported also stated that at least 581 defendants were issued death sentences in 174 civilian cases and nine military cases over the same period.