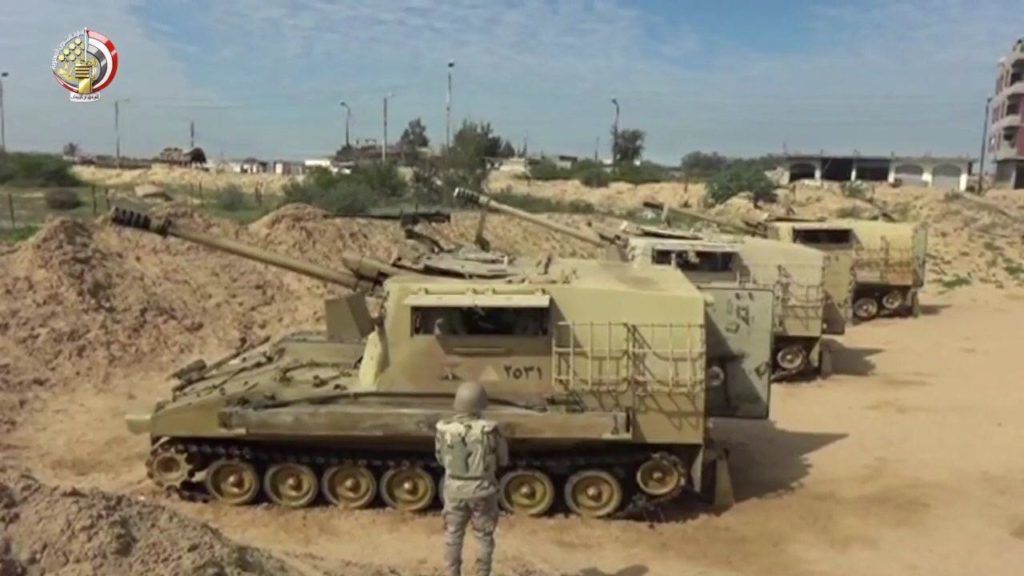 The Islamic State-affiliated Province of Sinai claimed responsibility on Sunday for an attack south of the North Sinai capital of Arish that took place on Saturday morning, according to a statement released by the militant group’s media arm, the Amaq News Agency.

In the statement, the Province of Sinai alleged that 20 military personnel had been killed in the attack.

The number, however, exceeds the death toll provided in an Armed Forces document obtained by Mada Masr and from medical sources in the Arish Military Hospital, in addition to the military spokesperson’s official casualty count.

The first casualty count emerged midday on Saturday, when the Armed Forces spokesperson issued a statement saying that the military had suffered 15 casualties in the attack. The statement was sparse on details, as it did not differentiate between those killed and injured or specify the ranks and names of the 15 casualties. It did say, however, that the casualties included one officer and 14 other military personnel.

In the statement, the spokesperson added that seven militants were killed in a shootout with military forces at the checkpoint.

Immediately after the attack, unverified Facebook accounts close to military circles in North Sinai published a photo of an Armed Forces lieutenant named Abdel Rahman, stating that he was killed in an attack on Gouda 3 checkpoint near the Arish airport, on Saturday morning.

Later in the day, a source from Arish Military Hospital told Mada Masr that the bodies of 15 military personnel killed in the attack had been transferred to the hospital, and preparations were underway to transport the dead to their home governorates. The hospital also treated five soldiers for injuries sustained in the attack, according to the source.

Mada Masr also obtained an Armed Forces document from a military source that listed the names of 15 Armed Forces soldiers killed in the attack, including one lieutenant.

The details of the attack are still largely unknown, but local sources in Arish told Mada Masr on Saturday that they heard an explosion around 5 am. This was followed by the sound of gunfire and a series of explosions coming from the southern edge of the city’s ring road.

The sources added that the sound of explosions continued until 7 am, after which military aircraft conducted flyovers above the city until 9 am. Internet and telephone services in Arish were cut from 9 to 11 am.

The attack is the first to target a police or military base near Arish since the launch of Operation Sinai 2018 last February.

Over the past year, the military operation has curtailed the Province of Sinai’s access to populated areas in Arish and limited its ability to carry out attacks on security personnel and civilians.

Topics
Related
Arish
Militant presence west of Arish continues as armed men set up temporary roadblock
Unidentified armed men set up a temporary roadblock on the Arish-Qantara International Road
civilian deaths
4 civilians fatally shot near military checkpoint amid week of violence in Arish
4 men were killed in Arish, the latest in a string of violent incidents in North Sinai this week
attacks on military
Security restrictions eased in North Sinai, media reports killing of 11 alleged militants
The North Sinai governor announced an easing of some restrictions in a Monday meeting
Arish
Week of violence in Arish prompts heightened security measures
A week of violence has prompted reconfigurations in the security situation in North Sinai's Arish