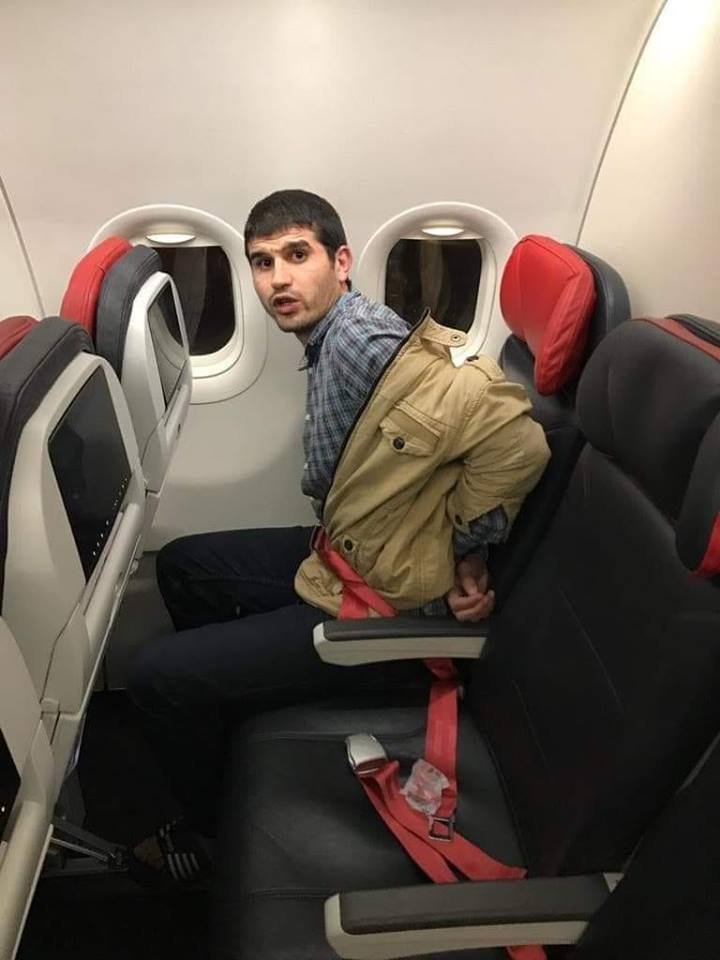 Authorities in Turkey’s Istanbul Province temporarily suspended eight Ataturk airport police officers who are under investigation for their involvement in the decision to deny an Egyptian national entry into Istanbul and place him on a flight to Egypt, according to a statement by the Istanbul Province, as reported by the Anadolu Agency.

The Egyptian national in question is Mohamed Abdel Hafez, a one-time Muslim Brotherhood member whose current affiliation is unknown. Abdel Hafez was sentenced to death in absentia alongside 27 others in 2017 for the assassination of former Public Prosecutor Hesham Barakat.

The statement released last week by Istanbul Province officials noted that the suspended officers work in the airport’s passport control department and said that they were suspended to ensure the integrity of the ongoing investigations into the decision to deny Abdel Hafez entry.

While Turkey has moved to suspend the eight passport control officers, Egyptian Muslim Brotherhood members in Turkey have expressed fears that Abdel Hafez’s case may indicate a shift in Ankara’s policy in welcoming Egyptian Islamists fleeing persecution in the wake of the 2013 ouster of former President Mohamed Morsi, according to a Muslim Brotherhood source in Turkey with knowledge of the incident. This coincides with criticism from other Brotherhood members of the leadership itself, for failing to take immediate action to prevent Turkish authorities from putting Abdel Hafez on the flight to Cairo.

According to the Brotherhood source, who spoke to Mada Masr on condition of anonymity, Abdel Hafez communicated with individuals connected to the group’s leadership in Turkey after being denied entry into the country at Ataturk Airport. But their response was too slow to prevent him from being put on the connecting flight to Cairo, the source said.

Abdel Hafez had boarded a Cairo-bound flight from Mogadishu, transiting through Istanbul, the source said. During the layover on January 17, he tried to enter through Turkish passport control, but airport authorities insisted he board his flight to Cairo and refused to allow him to enter the country.

A  number of young Muslim Brotherhood members have accused its leadership of negligence in not helping Abdel Hafez avoid deportation, an accusation that Mokhtar al-Ashry, head of the legal department of the Freedom and Justice Party in Egypt, refuted. He said that the Muslim Brotherhood leadership did not hear of the case until several days after Abdel Hafez was returned to Egypt.

In response, a number of Brotherhood members took to Facebook to post screenshots of text messages and audio recordings to prove that they had communicated with the leadership on the day Abdel Hafez was denied entry.

Yasin Aktay, an advisor to President Recep Tayyip Erdogan and a spokesperson for the ruling Islamist Justice and Development Party, also denied that Turkish authorities were aware of Abdel Hafez’s situation before his deportation. In a televised appearance on Mekameleen channel, which is owned by the Muslim Brotherhood and airs from Istanbul, Aktay stated there is no coordination between Egypt and Turkey regarding extradition of suspected or convicted criminals.

The details of a Mada Masr investigation into the 2017 case in which Abdel Hafez was sentenced suggest that the political assassination was carried out by Muslim Brotherhood youth who were part of a nameless organization that emerged from the violent current within the Brotherhood in the post-2013 fracturing of the group. However, countless others with unclear or incidental involvement in the assassination were also rounded up and, alongside the primary defendants, were subjected to due process violations.

Now back in Egypt, Abdel Hafez has the right to appear at a re-trial before the same court that issued the previous verdict in his absence, according to the lawyer Mokhtar Mounir.