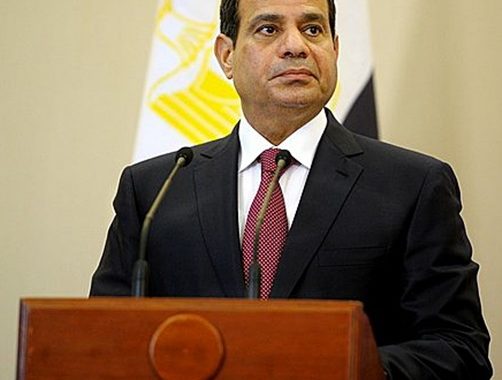 Two days after a host of constitutional amendments were submitted to Egypt’s Parliament earlier this week, a number of political parties and public figures announced the establishment of a group formed to oppose the proposed changes.

The group, which is called the “Union to Defend the Constitution,” aims to act as a “popular democratic framework that will address the task of protecting the Constitution and defending it via all possible peaceful means,” according to a statement issued by former presidential candidate Hamdeen Sabbahi, one of the group’s founding members, on Tuesday.

On Sunday, Parliamentary speaker Ali Abdel Aal received a written request signed by over a fifth of the legislature to amend certain articles of the Constitution, including those that would extend the presidential term to six years instead of four, and would allow President Abdel Fattah al-Sisi to run for two more terms after the end of his current one in 2022. The amendments would also re-introduce an upper house of Parliament — the Senate — in addition to other proposals to change articles relating to the legislature, the judiciary, the media and the Armed Forces.

Parliament’s General Committee approved the request to amend the Constitution on Tuesday after ascertaining the proposal’s adherence to constitutional and procedural requirements, Abdel Aal — who is also head of the General Committee — announced during a general assembly meeting in the House of Representatives that day.

In its statement, members of the Union to Defend the Constitution said that the group’s political forces met on Monday at the Conservative Party headquarters in Cairo to discuss their position regarding the amendments, which they considered to be “a crime, and an attempt to tamper with the Constitution and the state, destroy the foundation of the current societal balance, as well as disrupt the path toward building a modern secular democratic state based on the peaceful transfer of power, the separation of powers and a respect for the Constitution and the law.”

Zahed told Mada Masr that the union would challenge the proposed constitutional amendments on three fronts. The first consists of a popular campaign to collect signatures against the amendments, through which the union will also work to raise awareness about the dangers of these amendments through the grassroots reach of the political parties involved. The union will also seek to create its own media platform, in light of what it describes as the “ongoing restrictions” imposed on both state-owned and private media platforms.

The third phase is judicial in nature, according to Zahed, in which constitutional jurists who are members of the campaign — such as Mostafa, Essam al-Islambouli and Mahmoud Nour Farahat — will study the viable routes available to challenging the amendments legally.

“There are a number of constitutional weaknesses in the proposed amendments,” Islambouli told Mada Masr. “The current Constitution has not been respected or implemented, and we are still studying the possible legal actions that can be taken.”

“We urge that the Constitution be activated before it is amended,” George Ishaq, a member of the National Council for Human Rights who attended Monday’s meeting, reiterated to Mada Masr, arguing that many articles in the current Constitution — including those that pertain to transitional justice and the state budget in regards to education and healthcare — have yet to be implemented.

The proposed amendments are “dangerous to the country and not in the interests of the Egyptian state,” he added.

This danger to the Egyptian state is what prompted the political forces to form the union, according to Zahed. “We are defending the state, not just the Constitution, and we cannot turn the other cheek, even with the current abuse that the opposition faces, unless we want to withdraw from the public domain.”

The 25-30 Alliance held a press conference on Monday at the headquarters of the Nasserist Arab Democratic Party, whereby the participants expressed their rejection of the proposed constitutional amendments. That same day, the Socialist Revolutionary Movement also issued a statement calling on political forces opposed to the amendments to discuss ways to challenge them.

A number of political activists and users on social media networks have begun using a hashtag to campaign against the amendments, with calls circulating for voters to reject the amendments at the ballot if they are put to a public referendum, or to boycott the referendum altogether.

In January, over 1,000 of citizens, politicians, and public figures spoke out against the amendments in a petition, saying they were “shocked and angered” by calls to allow the president to remain in power after the conclusion of his second term in 2022. A number of human rights organizations have also rejected calls for amending the Constitution in recent weeks.

In a report published in December, Mada Masr spoke to sources in the president’s office, the General Intelligence Service (GIS) and Parliament who documented coordination to extend Sisi’s stay in office. According to the report, meetings had been held on a nearly daily basis at the GIS headquarters between intelligence officials and the president’s office in order to finalize the amendments and the date of the referendum through which they will be passed. The same sources told Mada Masr that Mahmoud al-Sisi, the president’s son — who currently holds a senior position within the GIS — is the person heading these meetings, under the supervision of GIS head Abbas Kamel, who took part in several of the meetings.

Security sources had conveyed to a senior political party leader, who spoke to Mada Masr at the time, that the security apparatus would not tolerate dissent on any scale regarding the amendments.