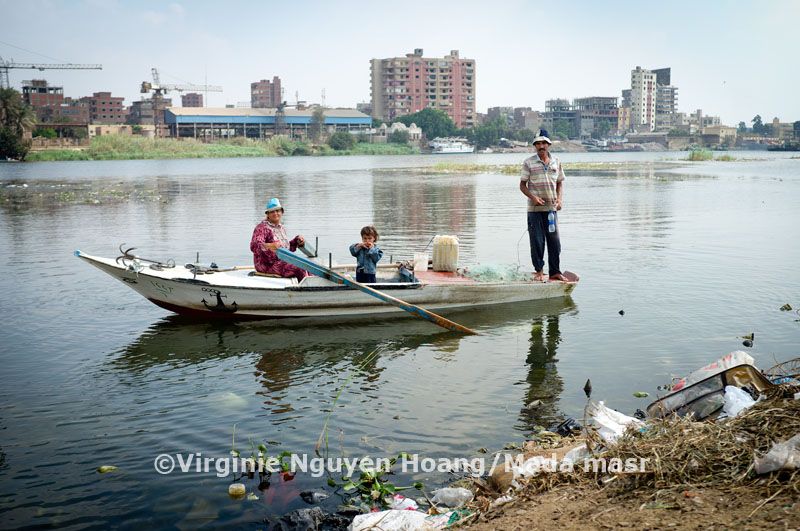 The date of March 23 has seen set for the ruling in a lawsuit filed by Warraq residents against a government decision to develop a new urban community on the disputed Cairo island. The date, set by the State Administrative court on Saturday, means the government and residents have two weeks to submit documents relating to the case.

The lawsuit was filed by Warraq residents on June 25 last year as part of a concerted effort to halt a controversial government decision to evict island residents island, a largely low-income community of 90,000 that includes many who farm land there. This decision was based on orders delivered by President Abdel Fattah al-Sisi during a June 2017 speech, in which he identified Warraq as a target for the government’s land-reclamation campaign.

Warraq residents filled the court during Saturday’s session. When their lawyer, Maged Mabrouk, demanded the court determine a verdict date, he met opposition from lawyers from the State Lawsuits Authority, which represents the state in domestic and international legal proceedings, and lawyers from the New Urban Communities Authority (NUCA), the Housing Ministry-affiliated body authorized to establish the new urban community through a June decree issued by former Prime Minister Sherif Ismail. The court rejected postponement, however, and decided to give its ruling in March.

On June 2, former Prime Minister Sherif Ismail issued a decree (20/2018) authorizing NUCA to establish “a new urban community” on Warraq Island lands. The decree indicated that the new community would include nearly all the land on Warraq Island, placing the whole area under NUCA’s jurisdiction.

Just as in the last court session on December 22, there was intense security presence around the court during Saturday’s session. Central Security armored vehicles were stationed around the Giza building alongside dozens of personnel, leaving a narrow passage for citizens to enter the court building.

Nasser Abul Enein, a Warraq resident and member of the Family Council, formed in September 2017 to represent islanders, told Mada Masr that during the session the State Lawsuits Authority lawyer said the government has not evacuated any residents or demolished any homes, but residents explained to the judge that the government is purchasing uninhabited houses and ordering their owners to demolish them to receive the money.

Abul Enein previously told Mada Masr that the NUCA had falsely indicated that it had already purchased most of the land on the island. He said the authority had actually only bought lands from non-resident merchants, and many residents are still living and farming there and the government decision will lead to their eviction. Abul Enein described the government’s actions as an assault on agricultural lands in favor of concrete housing blocks for the rich, which violates both agricultural and NUCA laws.

Decree 20/2018 was issued in spite of this legislation, as part of a push by certain state officials to frame all development initiatives in a positive light.

The Warraq Island crisis began in June 2017 when, in a speech about reclaiming public land infringed upon by construction, President Sisi said havoc had spread on the island, with people building 50,000 houses on land that they seized. “Where does their sewage go?” Sisi asked. “It goes into the Nile water that we drink. We can’t allow that and hurt ourselves.” Many residents say they have lived on Warraq for years, some for generations. and have papers to show they own their land.

A month later police, accompanied by officials from the ministries of endowments, irrigation and agriculture, raided the island to demolish 700 buildings constructed on public land, according to a statement issued by the Interior Ministry at the time. Clashes erupted between security forces and residents protesting the demolitions. One person was killed and 19 injured, according to Health Ministry statements. Thirty-seven police personnel were injured, the Ministry of Interior said, and 10 islanders were arrested.

The Armed Forces Engineering Authority head met residents in the aftermath to discuss the plan to develop the island and to de-escalate the situation. Sources told Mada Masr at the time that the plan was to demolish scattered housing on the periphery and compensate residents with houses in a new residential area, pave roads, develop infrastructure and build schools. Privately owned Al-Shorouk daily published details of what it described as a NUCA project turning the island into a touristic cultural and entertainment hub named Horus.

Frustrated by the lack of specifics, Waraaq residents formed a council to represent them in negotiations, in what is a rare instance of civil society mobilization in recent years.