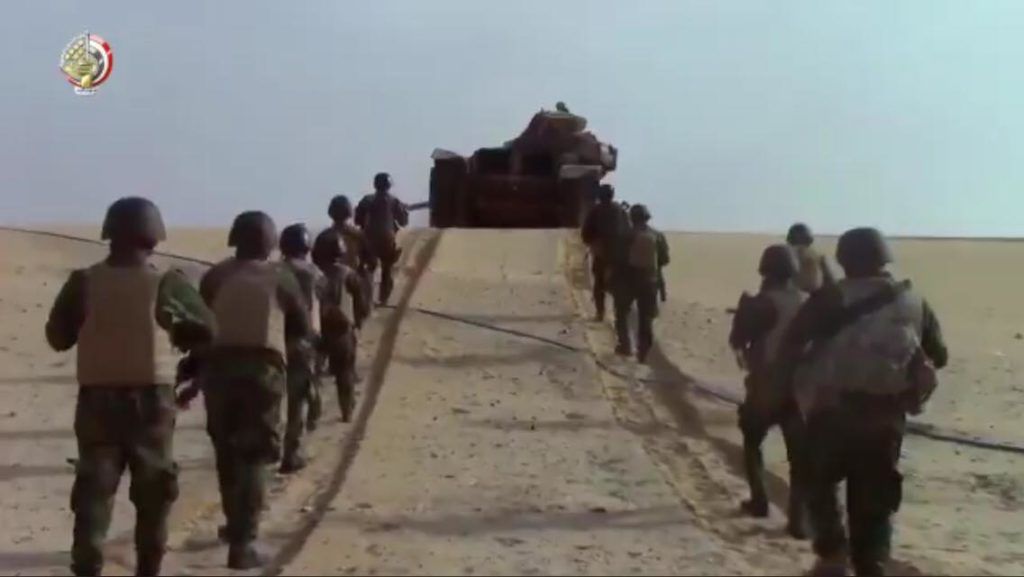 A total of 64 militants have been killed during a number of police and military operations that took place over the last few days, according to two separate statements issued by Egypt’s Armed Forces and Interior Ministry on Tuesday.

One Armed Forces officer and six soldiers were killed during the raids, according to the statement.

Meanwhile, the Interior Ministry’s Tuesday statement said that the National Security Agency had identified a “terrorist cell” in an abandoned factory in the Obour area of Qalyubia that intended to “carry out attacks on vital establishments as well as police and military forces.”

During a raid on the hideout, militants fired onto police forces, leading to a shootout in which five militants were killed, according to the statement.

The ministry added that police forces also seized firearms, ammunition, explosives and materials used for the manufacture of explosives during the raid.