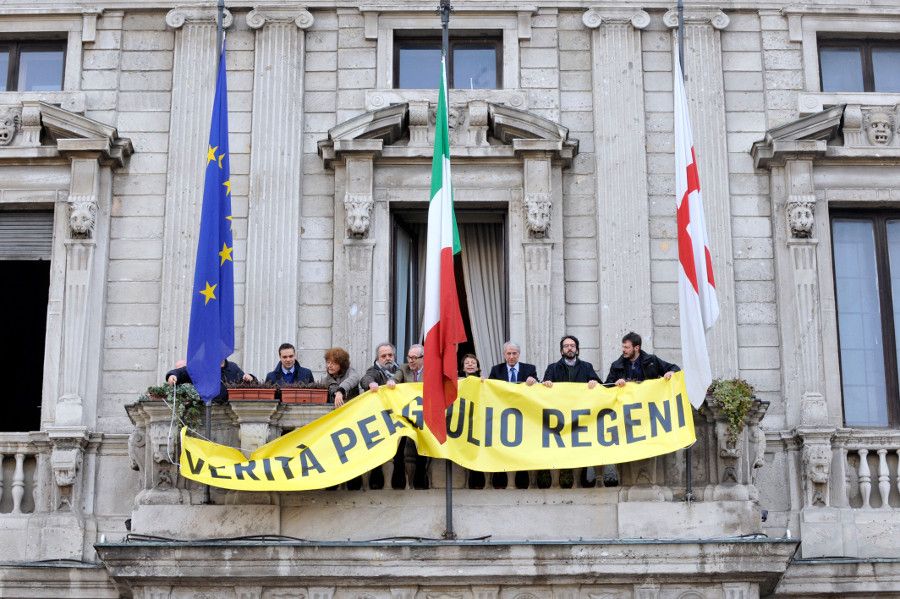 “The situation is one of stalemate,” Pignatone said. “On the Italian side, everything possible has been done.”

The five Egyptian security officials appeared to be a pared-down selection of those originally marked for investigation. Italian Foreign Minister Enzo Moavero Milanesi indicated to Egypt’s ambassador last month that Italy had “shown understanding” in removing the names of high-profile officials from an original suspect list, according to an Egyptian official who spoke to Mada Masr on condition of anonymity.

Despite the concession, Egyptian prosecutors have rejected requests by Italy to treat security officials as suspects. A judicial source told Egypt’s state news agency MENA in December that Egyptian prosecutors refused to question any security officials, as first requested by Italy in 2017. Instead, Egypt submitted a request that Italy investigate Regeni’s entry into Egypt on a tourist rather than a student visa.

There have been no significant developments in the case since then.

Regeni, a PhD candidate who was researching independent trade unions in Egypt, disappeared from a metro station on January 25, 2016 — the fifth anniversary of the 2011 revolution — while on his way to meet a friend in downtown Cairo. His body was found several days later, bearing marks of severe torture, on the side of a highway on the outskirts of the city.

Italy recalled former Ambassador to Egypt Maurizio Massari in April 2016 in response to Egypt’s lack of cooperation in investigating Regeni’s murder. Diplomatic relations resumed in September 2017, however, despite the fact that Egypt had not taken any real steps toward resolving the case, when Italy reinstated Ambassador Giampaolo Cantini to Cairo, a move that was denounced by Regeni’s family.

Italy appeared to be increasing pressure on Egypt in December with the naming of the five Egyptian security officials as suspects, the head of Italy’s Chamber of Deputies severing ties with Egypt’s Parliament, and the Egyptian ambassador to Rome being summoned by the Italian foreign minister. Yet little has changed over the past month.

Italy’s desire to maintain strong bilateral relations with Cairo primarily center around issues of curbing terrorism and migration as well as foreign investments in Egypt, including those involving Italian oil giant Eni.

Sisi lauded Eni’s efforts in contributing to the optimization of Egypt’s resources in natural gas, and praised Egypt’s partnership with Italy.