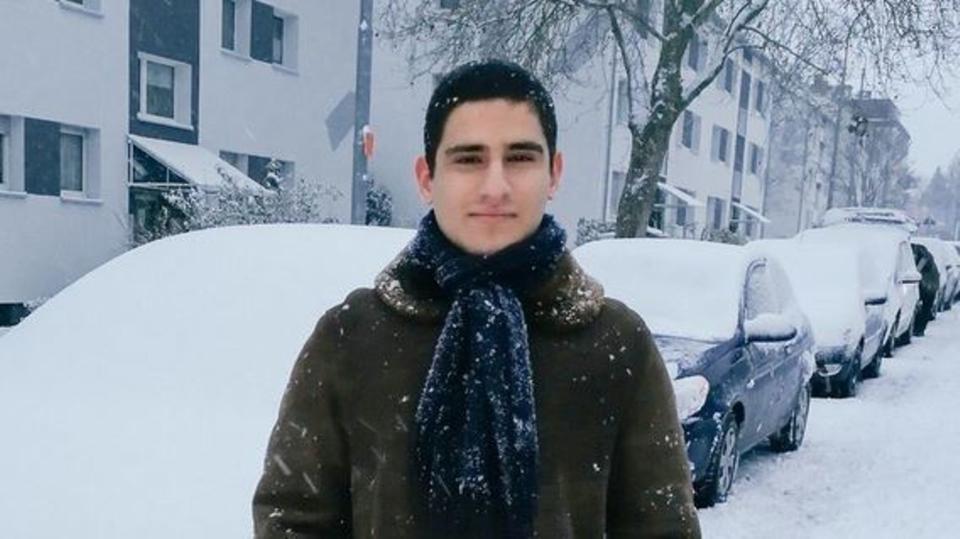 The German Foreign Ministry confirmed on Thursday that a dual Egyptian-German citizen, whose whereabouts have been unknown for the past three weeks, is being detained by Egyptian authorities on “suspicion of terrorism,” according to the man’s father.

Isa al-Sabbagh, an 18-year-old resident of Giessen, was last heard from on December 17, when he communicated with his father before boarding a flight from Frankfurt to Luxor. Sabbagh’s father, who lives in Germany, told Mada Masr that a message he had sent his son appeared as having been read after the flight landed in Luxor, but that Sabbagh did not respond to it.

Isa’s father, Mohamed al-Sabbagh, told Mada Masr that the German Foreign Ministry contacted him in Thursday morning and told him that Egyptian authorities had informed the German Embassy in Cairo that his son is being detained by police for “suspicion of terrorism,” adding that the Foreign Ministry advised him to assign a lawyer to follow the matter.

The father told Mada Masr that it is still unclear which security agency had detained his son. He had previously stated that his son is not politically active any way.

Sabbagh and his siblings have traveled often to Egypt from Germany in recent years, his father told Mada Masr, saying that this was the first time that there had been an issue. Sabbagh’s last visit to Egypt was over a year in a half ago, when he was 16 years old, he added.

The disclosure of Sabbagh’s detention comes less than a day after the family of missing German-Egyptian dual national Mohamed Abdel Aziz, a 23-year-old resident of Goettingen, learned that Abdel Aziz is also in the custody of Egyptian authorities. His father told Mada Masr on Wednesday that the German Embassy in Cairo informed him that Egyptian authorities acknowledged the detention of his son, without specifying which agency is holding him or why he had been arrested.

Egyptian authorities told the embassy that Abdel Aziz would be deported and returned to Germany on the condition that he renounces his Egyptian citizenship, his father told Mada Masr.

There is no indication that the two cases are related, apart from both men having dual Egyptian-German citizenship.