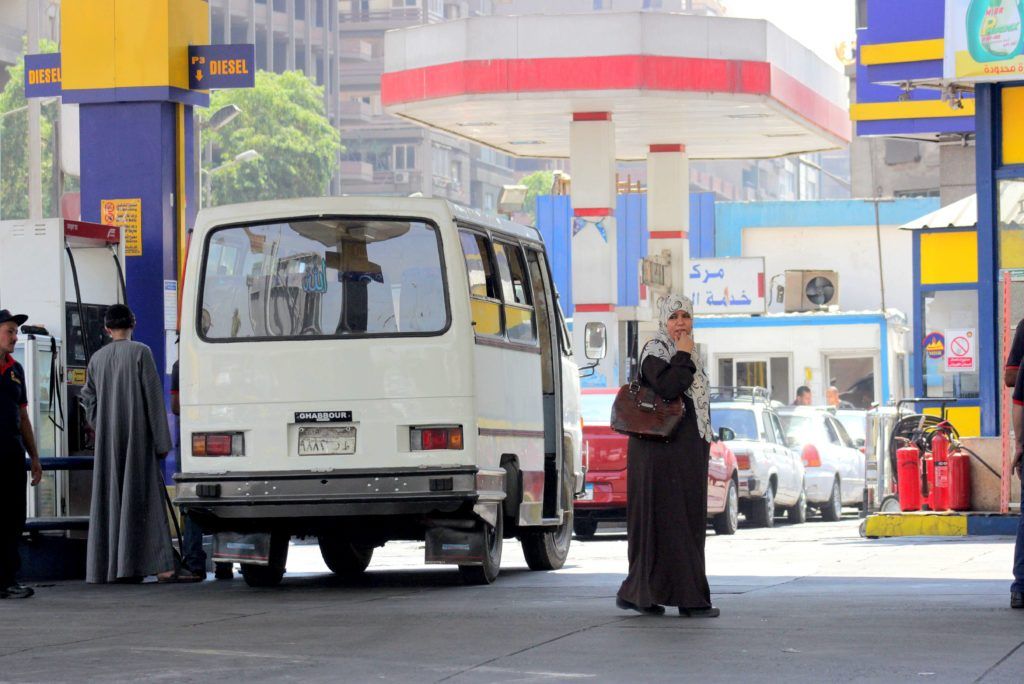 Starting April, a new pricing mechanism that aims to lift fuel subsidies in Egypt and reflect international gas prices will be applied to 95 octane gasoline, according to Monday’s edition of the Official Gazette.

The decision to implement an automatic price indexation mechanism on fuel went into effect at the end of 2018, in accordance with a decree issued by Prime Minister Mostafa Madbuly on December 30.

The decree establishes a committee comprised of representatives from ministries of finance and petroleum, which will use the mechanism to set a selling price for fuel products every three months through a formula that corresponds to international prices. However, price changes will be capped at fluctuations of 10 percent at each 3-month interval, according to the decree.

The price of 92 octane gas currently stands at LE7.75 per liter and will be set at its new price at the beginning of April, following the first review by the committee.

However, “this does not mean an increase in price during the second quarter of this year,” Petroleum Minister Tarek al-Molla told Reuters on Monday. “The price may fall or rise or stabilize at its current rate.”

For now, the mechanism, which aims to relieve the state budget of the burden of fuel subsidies, will only be applied to the highest-value gasoline, which accounted for a mere 1 percent of the fuel subsidy bill in 2014/2015 budget and has seen a subsidy lift and several price hikes since. However, Egypt is preparing to implement this new pricing system on other grades of fuel in order to remove subsidies on gasoline altogether.

Monday’s decision follows four rounds of fuel price hikes since the process to restructure the fuel subsidy bill in the state budget began in July 2014, a month after President Abdel Fattah al-Sisi took office. The second, third and fourth fuel price hikes, implemented in November 2016, June 2017 and June 2018 respectively, took place after Egypt committed to the terms of an agreement with the International Monetary Fund (IMF) in November 2016, which included the liberalization of all fuel prices, excluding LPG, before the end of 2019.

Liberalizing fuel prices was one of a number of austerity measures made as part of the three-year program, in which Egypt must meet certain terms to ensure the continued dispersal of the IMF’s US$12 billion loan to the government.

The fifth IMF disbursement, originally scheduled for December, was delayed because Egypt was behind on the implementation of several stipulated measures, including the lifting of fuel subsidies. The new pricing mechanism for fuel was originally meant to be approved by the Cabinet in February 2018, according to the IMF’s second review report.

To resolve the issue with the IMF, the Egyptian government opted to announce the upcoming implementation of the new pricing mechanism on 95 octane gas, which is already unsubsidized, an anonymous government official told Bloomberg on December 24. The government has also committed to include other grades of fuel in the new mechanism in June and implement price changes in September 2019.

Subsidies were lifted off 95 octane gasoline in November 2016, Molla told Al-Shorouk newspaper at the time.

Topics
Related
IMF loan
2 years after the loan agreement: What the IMF failed to anticipate
Beesan Kassab | On November 11, 2016, the International Monetary Fund (IMF) and the Egyptian government finalized a US$12
gas deals
Who’s buying Israeli gas? A company owned by the General Intelligence Service
Hossam Bahgat | Hossam Bahgat traces a network of private companies back up to the GIS, set to cash in from the deal
austerity measures
An income spent on daily subsistence
Mohamed Gad | Wage earners are picking up the tab of Egypt’s economic ‘reform’ program
energy and fuel subsidies
How oil hedging could allow Egypt to lift fuel subsidies despite rising international prices
Waad Ahmed | Hedging could allow Egypt to continue austerity measures without leaving the local market vulnerable