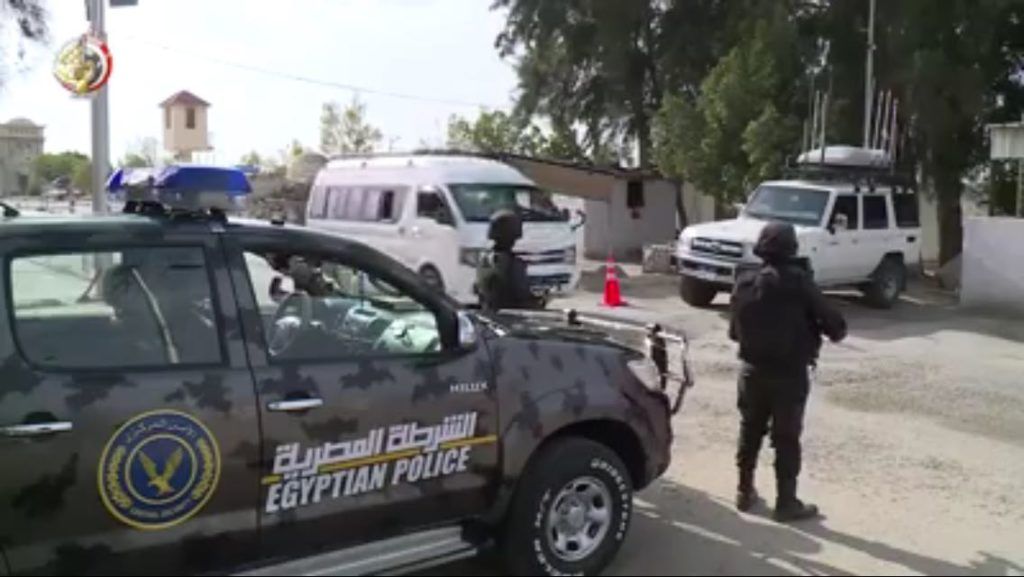 Egypt’s Interior Ministry announced on Sunday that 14 armed militants were killed in the North Sinai capital of Arish in an exchange of gunfire with National Security Agency forces that lasted several hours.

In its statement, the ministry said that after discovering a “terrorist plot,” National Security Agency forces conducted a raid that led to clashes with armed militants which left eight “terrorist elements” dead. Security forces pursued another group of militants as they attempted to escape during the clashes, killing an additional six in an exchange of gunfire.

Meanwhile, the Islamic State-affiliated Province of Sinai militant group announced that a captain in the Central Security Forces, Sherif Talaat, was assassinated on Saturday while stationed at a police checkpoint near the North Sinai city of Rafah, according to a statement issued by the Amaq News Agency, the Islamic State’s media arm.

The incidents are the latest in a series of clashes in Sinai since February, when the military and security forces launched a large-scale operation against militant groups in the area.

At least three military officers were killed last week in central Sinai, as the Egyptian Armed Forces carried out raids following the kidnapping of several military-contracted civilians by militants.

In the military’s 30th communique on Operation Sinai 2018 earlier this month, the Armed Forces spokesperson stated that Egypt’s Air Force destroyed a four wheel-drive vehicle, a car carrying a number of terrorists, as well as an ammunition storage facility used by militants.

The communique added that the raids led to clashes in which 24 militants were killed, 403 “criminals and suspects” were arrested, 344 explosive devices were seized or destroyed, and 342 militant hideouts were identified.