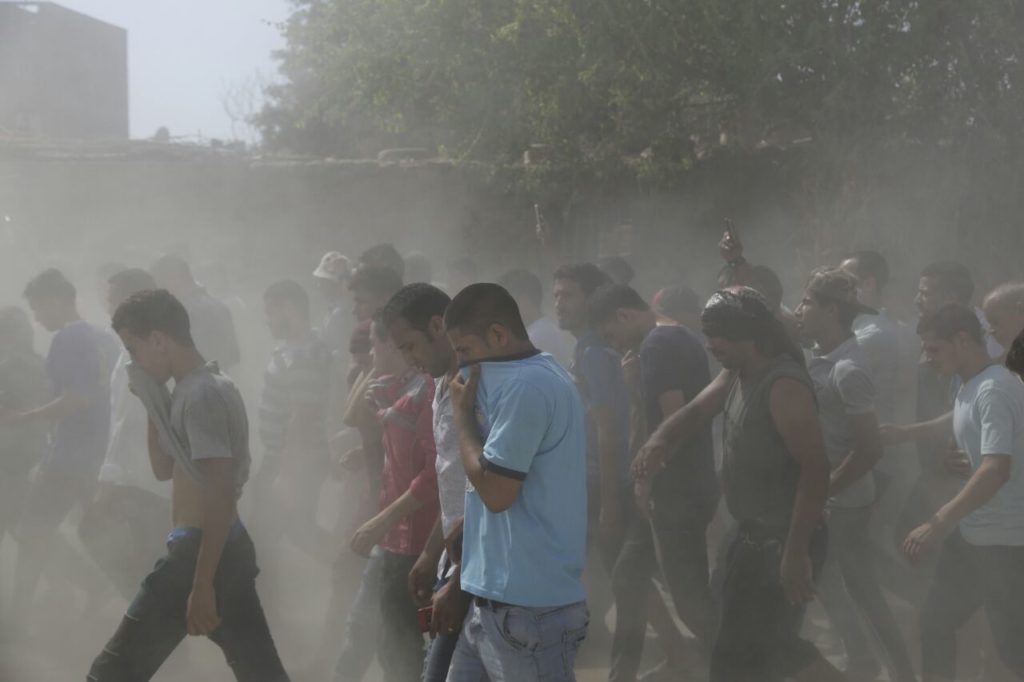 The State Council adjourned on Saturday its trial of a lawsuit filed by Warraq residents against a government decision to establish a new urban community on the island, to January 26, pending the review of new documents provided by the New Urban Communities Authority (NUCA) and to allow the State Lawsuits Authority to submit additional documentation to the case file.

The lawsuit, which was filed by Warraq residents on June 25, 2018, is part of a concerted effort by Warraq residents to halt a highly controversial government decision to vacate Nile islands. This decision was based upon orders delivered by President Abdel Fattah al-Sisi during a June 2017 speech, in which he identified Warraq in particular as a target in the government’s land reclamation campaign.

A large number of Warraq residents attended today’s court session, represented by lawyer Maged Mabrouk, who demanded the court determine a date to deliver its verdict. However, this request was rejected by lawyers from the State Lawsuits Authority, which represents the state in domestic and international legal proceedings, as well as lawyers from NUCA, which is affiliated with the Housing Ministry and was authorized to establish the new urban community by a June decree issued by former Prime Minister Sherif Ismail. Both parties asked for more time to submit additional documentation to the case file.

There was an intensified security presence around the court during the Saturday session as nine central security armored vehicles were stationed around the Giza building, joined by dozens of personnel.

Nasser Abouel Enein, a resident of Warraq and a member of the Family Council, formed in September 2017 as a means to represent island residents in an effort to halt the reclamation campaign, told Mada Masr on Saturday that “a siege has been imposed on the residents of the island, and our hope is to get a judicial administrative verdict to stop expelling us from our homes.” On Tuesday, security forces attempted to terminate the ferry connecting the island with the mainland, through the Shubra neighborhood, and replace it with another ferry managed by security personnel. However, residents stopped this process, sensing it was an attempt at controlling transportation channels to and from the island, according to Abouel Enein.

On June 2, former Prime Minister Sherif Ismail issued a decree (20/2018) authorizing NUCA to establish “a new urban community” on Warraq Island lands. The decree indicated that the new community would include nearly all the land on Warraq Island, placing the whole area under NUCA’s jurisdiction.

According to Abouel Enein, NUCA had previously indicated that it had purchased most of the island’s lands, which the Warraq resident states is not true. Abouel Enein clarifies that the authority only bought lands form non-resident merchants, adding that residents of the island are currently living and farming there and that the government decision will lead to their eviction. Abouel Enein described the government’s actions as an assault on agricultural lands, in favor of concrete housing blocks for the rich, which violates both agriculture and the NUCA laws.

According to Article 3 of the NUCA Law (59/1979), “establishing new urban communities on agricultural land is banned.” Furthermore, Article 101 of the Agriculture Law (53/1966), amendments to which were ratified by Sisi on May 21, 2018, heightened the penalties for violations on agricultural land. According to these recent legislative amendments, building on agricultural land will result in “imprisonment for up to six months, and a fine [of] no less than LE3,000 and no more than LE20,000 for each feddan or part of a feddan.”

Decree 20/2018 was issued in spite of this legislation, as part of a push by certain state officials to frame all development initiatives in a positive light.

The Warraq Island crisis began in June 2017 when President Sisi, in a speech about the need to reclaim public land infringed upon by construction, referred to the area as “an island in the middle of the Nile that stretches over 1,250 feddans. Havoc has spread in it, and people have been building on land that they seized. And now there are 50,000 houses there.”

“Where does their sewage go?” the president asked. “It goes into the Nile water that we drink. We can’t allow that and hurt ourselves.”

The following month, police forces, accompanied by officials from the ministries of endowments, irrigation and agriculture, raided the island to carry out demolition orders, targeting 700 buildings constructed on public land, according to a statement issued by the Interior Ministry at the time. Clashes erupted between security forces and the residents, who protested against the demolition work. One person was killed in the clashes and 19 others were injured, according to Ministry of Health statements at the time. 37 police personnel were also injured, according to the Ministry of Interior’s statement, and 10 of the island’s residents were arrested.

Topics
Related
Foreign Ministry
Rights organizations call on UN to act on allegations of reprisals against people who met UN special rapporteur in Egypt
Six international and regional rights organizations issued a joint statement on Wednesday
Warraq
‘Nobody is leaving their homes’: Government decision to reclaim land fuels anger in Warraq Island
Hadeer El-Mahdawy | A Cabinet decision was taken to expropriate land on Warraq Island for public use
housing
An interview with UN special rapporteur Leilani Farha on Egypt’s approach to housing
Mostafa Mohie | Mada Masr sits down with UN special rapporteur on the right to adequate housing, Leilani Farha
Warraq
Government to establish new community on majority of disputed Warraq Island
A map in the appendix of the decree indicates the project will span the whole island.