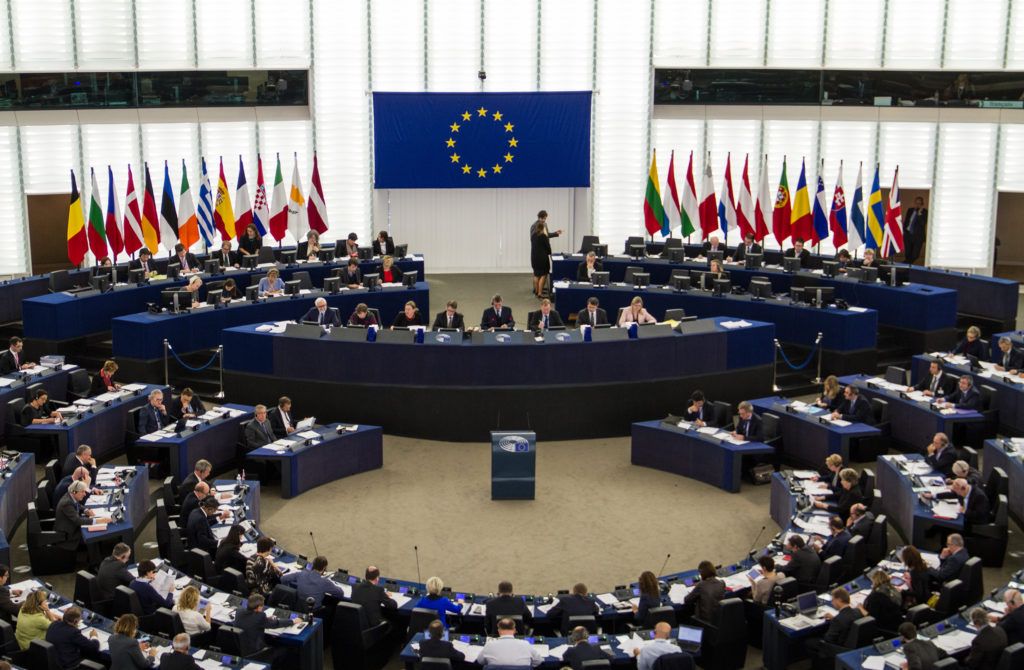 The European Parliament adopted a resolution on Thursday condemning “continuous restrictions on fundamental democratic rights” in Egypt and calling on the Egyptian government to end its crackdown on human rights workers, journalists, activists, the LGBTQ community and civil society organizations, among others.

The resolution is the most strongly-worded condemnation of the human rights situation in Egypt by the European Parliament in nearly four years.

It also called on Egyptian authorities to drop “all existing baseless criminal investigations into NGOs, including the ‘foreign funding case,’ and to repeal the draconian NGO law.”

The resolution expressed “grave concern” at the reprisals reported by the United Nations Special Rapporteur on Adequate Housing Leilani Farha against individuals she met during her official visit to Egypt two months ago.

It also demanded that the Egyptian government cease applying the death penalty and pointed to “at least 144 executions” carried out under President Abdel Fattah al-Sisi.

Other issues of concern singled out were the ongoing state of emergency, violence and discrimination against Copts, the ongoing investigation into the death of Italian researcher Giulio Regeni in January 2016, and the 2018 presidential election process which it described as “a massive denial of Egyptian voters’ right to political participation.”

The last resolution the European Parliament passed on Egypt came this past February and condemned Egypt’s use of the death penalty. The two previous resolutions both concerned abuses of European citizens in Egypt, one in March 2016 on Regeni, and another in December 2015 on Ibrahim Halawa, an Irish citizen who was arrested in Cairo in August 2013 and spent over four years in prison before being acquitted and released in October 2017.

“The European Parliament has gradually been more aware of the scale and seriousness of human rights violations in Egypt over the last couple of years,” Leslie Piquemal, the senior EU advocacy representative for the Cairo Institute for Human Rights Studies, told Mada Masr. “You can trace a trend back to the killing of Giulio Regeni in 2016, which really brought home the reality of various kinds of human rights violations to certain parts of the political spectrum within the Parliament that were not paying attention beforehand.”

During the debate on the resolution in Brussels on Thursday afternoon, the only change adopted was to remove the phrase, “at a moment when Egypt is seeking to consolidate democracy and the rule of law,” making the final text more critical of the Egyptian government.

In the resolution, the European Parliament also expressed its deep regret over the “unwillingness” of Egyptian authorities to invite a mission of the Parliament’s Subcommittee on Human Rights to Egypt for an official visit. In June, Egyptian speaker of parliament, Ali Abdel Aal, verbally invited the subcommittee to visit Egypt during a visit to the European Parliament, but no formal invitation has been sent since then, sparking frustration.

The European Parliament also reiterated its call on EU member states to halt exports of surveillance technology and security equipment to Egypt that can “facilitate attacks on human rights defenders and civil society activists, including on social media.”

The European Parliament has little power over the foreign policy of EU member states and can only highlight concerns and offer advice. Over the last several years, Europe has dramatically increased its weapons exports to Egypt, with countries like France and Germany selling billions of Euros worth in arms to the Sisi government.

“European governments should not choose cynical trade-offs, in the end they do not last,” Marietje Schaake, a European MP from the Netherlands who voted for the resolution, told Mada Masr. “Respect for human rights is crucial for stability, and for a meaningful partnership between Egypt and Europe.”

The European Parliament is directly elected by EU voters every five years. The next elections are slated for May 2019.