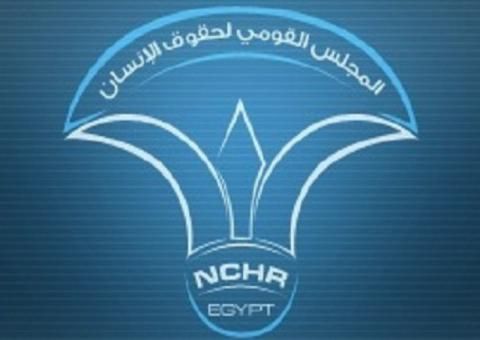 According to National Council for Human Rights (NCHR) member George Ishaq, the move comes in response to the death of Mohamed Abdel Hakim Mahmoud, popularly known as Afroto, who was tortured and died in police custody in January of this year.

Ten months after the Afroto’s death, an assistant detective and a police officer were convicted of two counts of unlawful detention and use of legal force and were sentenced by the South Cairo Criminal Court to three years and six months imprisonment, respectively.

While there has long been criticism of systematic torture in Egyptian detention centers, for Ishaq, the issue has become more pressing, as he says torture inside police stations has become “increasingly intolerable.”

The council’s statement issued this week — which follows a long line of NCHR criticism in the same vein dating back to its formation in 2013, all of which has been left unanswered — centers on the definition of torture in the Penal Code. And while the council, which has been criticized for its lack of independence, sees the measure as a pathway to reform, lawyers who spoke to Mada Masr say that the definition of torture is only part of a necessary larger shift in structure.

The council’s push for legal reform emerged during its monthly meeting that took place on Wednesday, with members directing their criticism specifically at the penal code statutes under which the two officers in the Afroto case were sentenced.

“The failure to define torture as a crime in Article 126 of the Egyptian Penal Code renders the criminal offenses stipulated in this article incompatible with instances of death by torture,” the council’s statement read. “Article 126 links torture with an active criminal intent, chiefly, the intention to obtain a confession. However, instances that lack criminal intent would be classified as ‘maltreatment,’ not torture, within the current legal framework.”

In its call for changes to the statutes, the NCHR is pushing for the definition of torture in the Egyptian Penal Code to be brought in line with the international Convention against Torture, which Egypt signed onto in 1986.

Ishaq echoed the council’s criticisms in comments to Mada Masr.

“Torture is not clearly defined in the Penal Code,” he said. “If a defendant dies as a result of torture, the crime is characterized as ‘brutality’ or ‘use of lethal force.’ Hence, the definition of the crime must be more precise.”

According to Ishaq, the NCHR will begin sending legal recommendations to change the statutes to Parliament and the relevant Cabinet members.

Since its formation in 2013, NCHR has repeatedly recommended in its annual reports that Articles 126 and 129 of the Egyptian Penal Code be amended. These recommendations, according to Ishaq, have received no response.

However, human rights lawyer Negad al-Borai stressed that reform must go beyond legal definitions in order to be effective. “The amendment of Article 126 alone is of no value because of the existence of an entire structure that does not protect against torture,” Borai told Mada Masr. “Our problem in Egypt,” Borai continued, “is not only in the definition of the crime, but also in how to prove the crime. How can psychological abuse be proven if a defendant claims that he heard his mother being tortured in the next room?”

On several occasions, Borai was interrogated alongside judges Hisham Raouf and Assem Abdel Gabbar for working on an initiative to draft legislation addressing torture prevention. In 2016, United Group, the law firm owned and managed by Borai, was accused of establishing an “illegal group” for the purpose of preparing a draft bill against torture and pressing the president to issue it.

AD
You Might Have Missed
What we talk about when we talk about trees
Mugamma revisited: Reimagining the building and the square
Carbon Colonies & A Green New Deal
Where do old lesbians go to die?
AD
Mostafa Mohie
64 articles on Mada