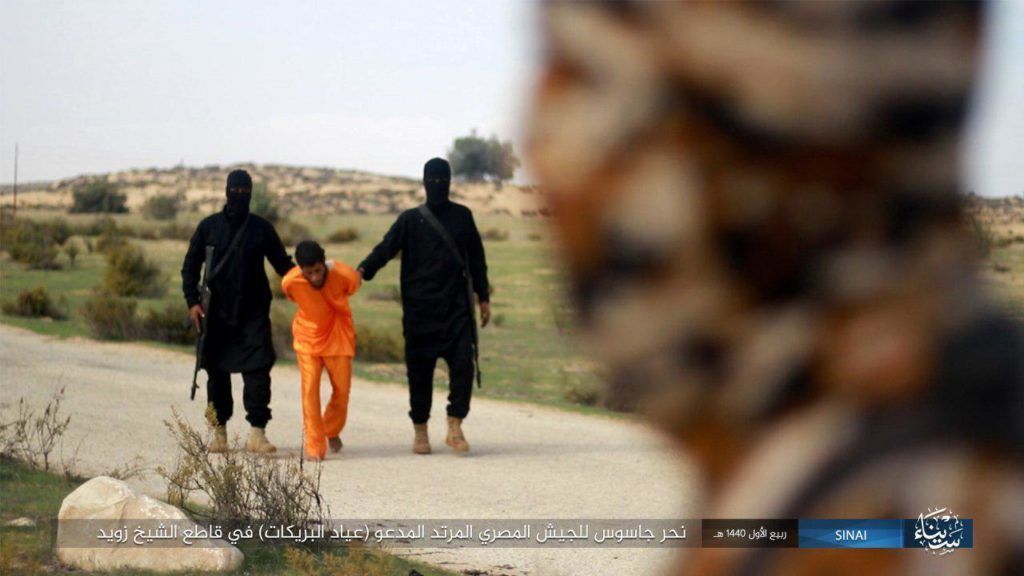 The Province of Sinai militant group has claimed responsibility for the kidnapping and killing of a civilian for his alleged cooperation with security forces in North Sinai.

The Amaq News Agency, the media arm of the Islamic State, released pictures on Monday of Iyad al-Braykat, a resident of North Sinai’s Sheikh Zuwayed, as he was led to a desert area and beheaded by militants.

While the rate of kidnappings and killings of civilians in Sinai has declined since the beginning of Operation Sinai 2018 — the large-scale counter-terrorism offensive launched by the military last February — there have been a number of documented incidents over the past several months.

The last reported kidnappings of civilians accused of working with the Armed Forces in North Sinai was on November 16, when unknown militants abducted the head of a military-contracted construction company working with the Armed Forces Engineering Authority, as well as four of the company’s employees. The employees were released after several hours, but the owner’s fate remains unknown.

On October 24, the Amaq News Agency published a statement in which the Province of Sinai claimed responsibility for the killing of four civilians in the North Sinai capital of Arish, claiming that they were aiding the military.

A group of workers were also kidnapped by militants for several days while working on the construction of a security barrier in Arish in September, a source reported to Mada Masr, saying that their captors eventually released them on the condition that they do not return to working for projects overseen or contracted by Egyptian authorities.