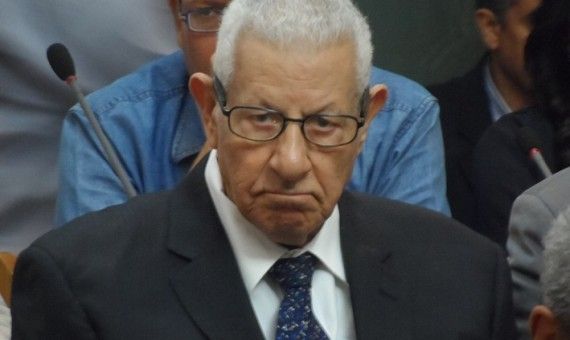 In a surprise move, the Supreme Media Regulatory Council (SMRC) began receiving applications on Sunday from websites and media outlets seeking a license to legally operate.

While the licenses are part of the new press regulations ushered in earlier this year, the procedures began before the issuance of the law’s executive regulations, prompting concern among media practitioners that this is attempt to place media outlets in a legally questionable situation.

The council has offered already existing outlets two weeks in which to submit their paperwork, a significantly shorter timeframe than that outlined in the new legislation. Applications submitted along with a LE50,000 fee will be referred to a licensing committee within the council, which is required to make a decision within 60 days of receipt.

Despite the 15-day window offered by the SMRC, Article 3 of the Law on Regulating the Press and Media and the SMRC stipulates that journalists and media professionals have six months to bring themselves into compliance with the law once the executive regulations are issued. They have yet to be issued.

According to Article 2, the Cabinet has three months to issue the executive regulations of the law, which was ratified by the president on September 1. The regulations should be issued after consultation with the SMRC, the National Broadcasting Authority (NBA) and the National Press Authority (NPA).

Outlets are required to submit their commercial registration and tax card. The licensing forms released on Sunday require applicants to note the outlet’s name, type, purpose, target demographic, editorial policy, the names of its owners, chairman, editor in chief, board of directors, and the organization’s statute.

Hassan al-Azhari, Mada Masr Media’s lawyer, said that he visited the council’s headquarters to inquire about details of applying for the license. He noted that representatives from five other media outlets were there for the same reason.

“I asked why application procedures to formalize the status of press and media institutions had started before the issuance of the executive regulations,” he said.

The lawyer was informed that the SMRC is trying to wrap up application procedures for already existing entities, and that it would accept applications for new entities after the executive regulations are issued.

According to Azhari, the SMRC employee explained the division in the application process by saying that existing outlets are not required to amend their activities, capital or administrative structure. Rather, they are required to provide their commercial registration and tax card.

However, this has raised concerns among several media organizations, as the SMRC’s assertion does not line up with the stipulations of the new press laws. The July legislation requires a minimum capital of LE100,000 for digital publications and LE6 million for print dailies. For television and radio channels, the capital requirement ranges from LE2.5 million to LE50 million depending on the type of channel.

Private and partisan newspapers must also deposit between LE500,000 and LE1.5 million in a national bank, and at least 70 percent of their editors are required to be Journalists Syndicate members.

In reality, despite the SMRC’s claims, these conditions will likely call for an adjustment of a company’s capital and structure of its employees, which is no easy feat in the brief window they have to apply for a license, according to Azhari.

Khaled al-Balshy, a former Journalists Syndicate board member and the editor in chief of Kateb, an online platform that was blocked in Egypt shortly after its June launch, believes the media council has jumped the gun in anticipating the contents of the law’s executive regulations. “These must be issued first to explain the law’s articles and conditions for formalization,” he told Mada Masr.

To highlight some of his concerns, Balshy asked what would happen if an outlet brought itself in line with the law and filed a license application, only for the executive regulations to be issued with additional requirements, rendering the media outlet ineligible.

He also cast doubt on the SMRC’s assertions that there is a difference between the registration of existing and new websites and its designation of two separate terms to describe this. “This is a totally arbitrary and incomprehensible decision. In the absence of executive regulations, everything is unclear and subject to different interpretations and changes every day,” Balshy told Mada Masr.

When asked about what would happen to websites that did not manage to apply for a license within the two-week window, the SMRC told Katib representatives that “this would be a violation of the law and the matter would be sent to relevant state bodies.”

In Balshy’s eyes, the commencement of a hasty licensing application process before the new press law’s executive regulations are issued marks an escalation of “attempts to maneuver outlets attempting to comply with the new legislation into illegal situations, enabling authorities to punish them later for violating the law.”

Article 105 of the legislation stipulates that an organization that is working without a license may be punished by a fine of between LE1 million to LE3 million and the confiscation of equipment and devices used. The fine is doubled in the case of repeated offenders.