اقرأها بالعربية
One resignation after another: Why are doctors disappearing from government hospitals? 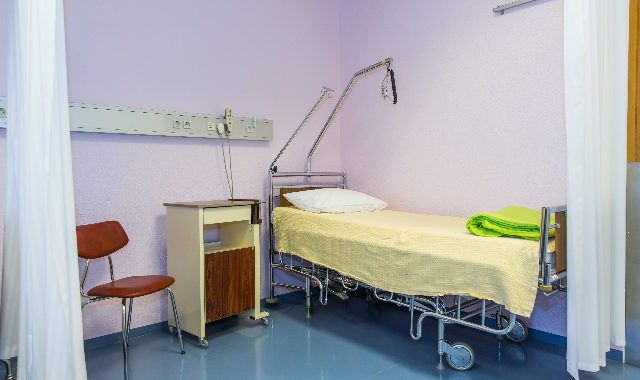 Recent months have seen a spike in the number of Health Ministry doctors requesting unpaid leave or resigning from their positions, leading some to speculate that it will not be long before the majority of doctors no longer work in public hospitals.

During an emergency meeting convened by Parliament’s Health Committee on September 18 to address an incident at a Sharqiya hospital, Health Minister Hala Zayed announced that ministry-run hospitals are facing massive staff shortages, as they are increasingly unable to compete with salaries being offered in the private sector and outside of Egypt.

Iman Salama, a professor at Sohag University’s faculty of medicine and board member at the Doctors Syndicate, tells Mada Masr that syndicate figures show 593 doctors resigned from Health Ministry hospitals between January and August of this year.

This figure, Salama adds, only includes those who officially changed their status on syndicate records from “physician working in a ministry hospital” to “a physician working freely.” It does not include those who are on unpaid leave, or those who resigned from their positions without changing their employment status at the syndicate. Adding these people to official statistics, she estimates, would increase the number of doctors recorded to have left public hospitals by 10 to 15 times.

Rashwan Shaaban, the assistant secretary general of the Doctors Syndicate, points out that, even without the additions, this number is significantly higher than previous years, when almost no resignations were recorded. He adds that, while the syndicate has figures for the first eight months of 2018, it was unable to get accurate data in previous years due to the Health Ministry’s unwillingness to disclose data.

In 2016, there were 103,000 doctors working in government hospitals, according to data compiled by the Central Agency for Public Mobilization and Statistics (CAPMAS). Some 80,000 of these doctors were working in governorate health directorates, educational hospitals or institutes, a figure that barely surpassed the  69,000 Egyptian doctors who were working in Saudi Arabia at the same time, Shaaban says.

This is far from a new problem. For several years, the number of doctors per capita has fallen below the minimum threshold suggested by the World Health Organization. Statistics published by the WHO in 2014 showed that Egypt had 2.2 healthcare employees (physicians, nurses, etc.) per 1,000 citizens, well below the 3.4 per 1,000 citizens it suggests as the threshold. This means there is less than one physician available per 1,000 citizens.

While the public health sector is in critical need of more healthcare employees, circumstances continue to propel doctors toward other options, leaving the most vulnerable sectors of society who are unable to pay for private health care in a precarious position.

The extent of the staff shortage varies according to location. Hospitals in governorates and villages that are far away from major cities are the hardest hit, lacking staff in all medical disciplines. More central governorates and larger cities fare a little better. According to a 2013 report by the syndicate’s legal committee, approximately 45 percent of Egypt’s doctors work in the Greater Cairo area.

Each year, new ministry doctors are assigned to a mandate in health directorates across the country. However, after completing their first year, they are able to change their mandate. Those assigned to more remote governorates often move to posts closer to their home, leaving some hospitals severely short staffed, and others in more central areas overcrowded.

The  primary reason doctors are reluctant to stay at ministry hospitals, according to nephrologist Mohamed Rashad, is the inadequate compensation relative to the scope of their abilities. While he says that the lack of fair compensation has always been an issue, it used to be counterbalanced by the customary practice of permitting doctors working fewer hours in public hospitals, a situation which was tenable as hospitals had an adequate number of doctors.

Previously, doctors would divide themselves across shifts at public units and hospitals, ensuring all shifts were adequately covered. In this way, each doctor was left with two or three shifts a week at ministry institutions. This allowed them to supplement their incomes with work in the private sector, while still providing care at government institutions. While this system was not in accordance with the law regulating their employment, Rashad believes it was more fair to doctors.

However, with the passage of the civil service law, which regulates state employees and was approved by Parliament in October 2016, doctors had fewer opportunities to supplement their income. Many of its regulations were already outlined in existing legislation. However, a number of doctors told Mada Masr that the ministry began to implement disciplinary measures after the civil service law was issued.

While the ministry made a show of clamping down on attendance, curtailing the customary practice of dividing shifts, as well as ensuring doctor’s uniforms and ID cards are worn at all times, working conditions at public hospitals have improved little. “All the government cares about is attendance, IDs and the uniform,” Shaaban says.

Salama notes that that the educational and training opportunities offered at public hospitals pale in comparison with those available at private institutions, citing this as another reason why doctors are turning to specialized hospitals.

She also notes that, while medical complications are not necessarily caused by negligence on the part of doctors, medical professionals have been subject to repeated cases of assault during their work. In these cases, Salama says there is limited legal protection from angry patients and their families who do not know where else to turn, nor is there sufficient protection from legal liability. This trend is evidenced by the massive decrease she has seen this year in the number of doctors seeking to specialize in emergency or surgical procedures, which helps explain the general feeling among doctors that there is a lack of safety.

Since doctors have been compelled to work more hours at public hospitals since late 2016, the financial pressure they face has been compounded by the waves of inflation, stemming from austerity measures tied to Egypt’s IMF-sponsored structural adjustments to the economy. Rashad is among those who have been feeling the pinch. He applied for unpaid leave in April, which was granted, but he tells Mada Masr he was considering submitting his resignation if his leave was not approved.

While Rashad was lucky enough to obtain formal permission for leave, many of his colleagues were forced to request sick leave in order to postpone a confrontation with the administration. “There are doctors who say that they are sick, then attend work for two days each month, and then say they are sick again,” he says. “They do not get fired, but are not actually attending work.”

While Rashad’s leave was being processed, the director of the hospital where he was employed at the time had personally to manage the emergency room due to the large number of doctors absent on sick leave.

According to Shabaan, the crisis stems from the fact that the government does not differentiate between doctors and other state employees, despite the fact doctors are subject to more demanding working hours and conditions. He points out that doctors are regulated by the same law as other government employees, which outline working hours and set both variable and fixed wages, but they are also expected to regularly cover night shifts and follow up with patients for negligible compensation.

Rashad echoes this sentiment, pointing out that doctors receive only LE50 for working a 12-hour night shift from 8 pm until 8 am.

“The average government employee doesn’t do any extra work outside the normal work day of 8 am to 2 pm” says Rashad. He adds that they “usually have two days off per week. As for doctors, they work night shifts and do not get days off. They cannot say no.”

Shaaban believes that the government is deliberately getting rid of a large number of doctors as part of its campaign to reform its civil service, potentially through reducing the amount of government employees. He thinks it falls within a larger trend of the government pulling back from the provision of healthcare services, to which the state has repeatedly referred — most recently, in a speech at the inauguration of the Monufiya Military Hospital on September 19, Sisi suggested transferring the management of public hospitals to charities, which he stated are more cost efficient. The government hopes to limit the sources of healthcare funding to tax payments under the new health insurance law and investment from the private sector, he adds.

Salama, however, does not see the departure of doctors as part of a broader strategy, but as a consequence of unintentional negligence. “I think the issue is caused by incompetent bureaucratic management and nothing else,” she says.

She does agree with Shaaban that there is a need for radical reform in the management of the healthcare system and how it deals with doctors. It is the government’s responsibility to provide an incentive for doctors to remain in government hospitals, she says, adding that if the government is unable to provide material compensation due to limited resources, then they must try to provide something else.

Salama suggests that the government offer proper training or ratify the law regulating medical liability and insure doctors’ work in hospitals. Regardless, there is a general consensus among the medical professionals Mada Masr spoke to that there is a pressing need for reform to avert the looming crisis of doctors disappearing from government hospitals.

AD
You Might Have Missed
Carbon Colonies & A Green New Deal
If they steal Sheikh Jarrah
Mugamma revisited: Reimagining the building and the square
Where do old lesbians go to die?
AD
Mohamed Hamama
84 articles on Mada

Topics
Related
Doctors Syndicate
Supreme Administrative Court overturns ruling stipulating increase in compensation for doctors
Doctors will not see an increase in compensation payouts for infections contracted in the workplace
Doctors Syndicate
Collective action anesthetized: The Doctors Syndicate from 2016-2018
Hadeer El-Mahdawy | How has the Doctors Syndicate gone from a vehicle for mobilization to beset by low participation?
health insurance
Universal health insurance: Gateway to privatization or protector against high treatment costs?
Mohamed Gad | Currently up for vote in Parliament, the bill has been met with considerable controversy
healthcare
Egypt’s health sector in the shadow of devaluation: All roads lead to ruin
Mohamed Hamama | Mona Mina argues it's illogical to choose either poor resource management or privatization for the health