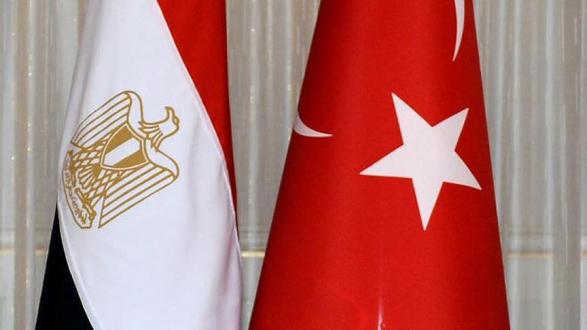 The world asks, will these emerging markets be hit by a contagion?

Egypt’s Minister of Finance Mohamed Maiet answers: Egypt is actually benefiting from the crisis, he maintains, saying that various international funds investing in emerging market debts have redirected some of these investments from Turkey to Egypt.

But what constitute rapid, high returns and low-risk investments to these funds are also short-term external debts for Egypt, as well as a source of foreign currency.

Meanwhile, observers take a more cautious position on Egypt’s dependence on hot money inflows, just as the world debates whether the Turkish crisis will manage to put the breaks on its own troubles, or whether this is a signal to investors that it is time to leave high-risk emerging markets in favor of stronger US dollar-backed assets.

Investments in short-term debt in emerging economies have also historically been a breeding ground for contagion when a crisis hits — a situation that often occurs when a blow to an emerging economy triggers panic among investors, who fear that emerging economies will not be able to pay them back and choose to sell off the debt, a move that often leads to a sudden drop in foreign currencies in these economies.

But Egypt’s debt rose following the beginning of the lira plunge because of the Turkish crisis, Maiet told Enterprise, without specifying a figure.

It is likely that investments in treasury bills, a type of foreign investment in government short-term debt securities, known to be a form of hot money, have recently risen in Egypt, which will become apparent when portfolio investment data for the current quarter is released.

However, it is unlikely that this increase was significant, notes Mahmoud al-Masry, senior economist at Cairo-based bank Pharos Holding for Financial Investments. “A significant increase in t-bills investments would have decreased yields significantly. This did not happen — yields only dropped slightly in the few days [following the crisis],” Masry explains.

Egypt had seen a rapid influx of hot money since November 2016, when it reached an agreement with the International Monetary Fund for a three-year, US$12-billion financing program, and subsequently liberalized its exchange rate and hiked interest rates.

This rapid build up of foreign inflows into hot money, compared to a less significant inflow of long-term sticky investments — i.e. foreign direct investment — prompted the Institution of International Finance, a global association of financial institutions, to mark Egypt as one of five emerging markets most vulnerable to contagion from the lira crisis, in line with expectations by Sherif al-Diwany, the former director of the Middle East at the World Economic Forum.

Investors speaking to Bloomberg on August 16, however, asserted that they still find currency stability and high yields attractive despite the sell-off in government debt since March, noting that Egypt continues to provide an interesting opportunity for emerging market investors.

Far from certain, Egypt’s vulnerability to a sell-off of foreign investments in emerging markets is dependent upon Turkey’s ability to contain its own crisis and the increased risks posed by the strengthening dollar. Here, Masry adds, the support of Arab countries becomes key.

Saudi Arabia, the United Arab Emirates and Kuwait showered Egypt with billions of dollars in Central Bank deposits, petroleum products and grants in the aftermath of the political upheaval that followed the ouster of former Muslim Brotherhood President Mohamed Morsi in 2013. For the past year, the three countries have agreed to renew deposits in the CBE, helping Egypt avert a drop in foreign currency reserves.

The real risk of over-reliance on short-term dollar inflows through investments in t-bills hinges on Egypt’s inability to attract foreign currency through more sustainable means, such as long-term sticky foreign direct investments and a trade balance surplus. “In this way, Egypt ends up depending on net borrowing from abroad,” says Masry.

Additionally, Diwany notes that one of the main reasons for the Turkey crisis is the country’s high external debt levels — as a result, any threat to the Turkish economy leads to capital flight, backed by fears of high levels of debt.

Egypt’s total external debt recorded US$88.2 billion at the end of March, up 20 percent from the same period one year earlier.

While the current stability in Egypt supported the CBE’s decision to keep interest rates steady, any escalation in emerging markets could prompt it to reverse its current path of easing of monetary policy gradually and resort to raising interest rates once more, Masry says.

And even the tourism sector in Egypt, which has recently rebounded after hitting record lows in 2016, is now facing rising competition from Turkey after its devalued lira has made it a more attractive destination for tourists, Masry points out. Tourism, he says — historically one of Egypt’s main sources of foreign currency — could now see Russian and Ukrainian tourists diverted to Antalya’s resorts.

AD
You Might Have Missed
Carbon Colonies & A Green New Deal
Where do old lesbians go to die?
What we talk about when we talk about trees
Mugamma revisited: Reimagining the building and the square
AD
Waad Ahmed
28 articles on Mada