اقرأها بالعربية
How you will be affected by the new cybercrime law: A guide 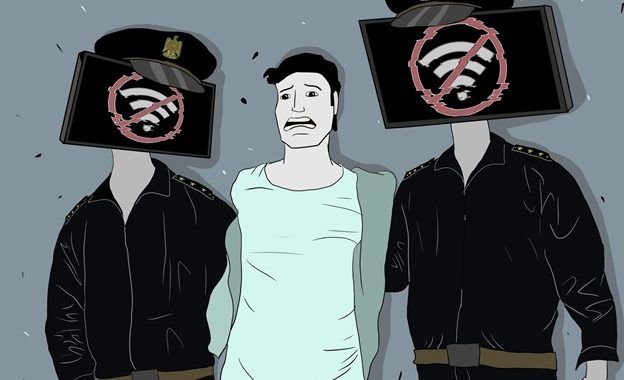 You’re hanging out on the street and you see a famous actor riding a car with a senior government official. You take out your phone, snap a photo of them and post it online.

A news media website picks up your photo, publishes a story on their website, linking the story to earlier news of the celebrity’s connection to the senior government official, and shares it on social media platforms.

The story finds its way to the government official in the photo. He files a lawsuit, as is his right under the provisions of the cybercrime law, which was ratified by the president on August 18.

First: You will be prosecuted for publishing a personal photo without the consent of the person in it. You can now be punished, in accordance with the cybercrime law, with a minimum of six-month prison term and/or a fine ranging between LE50,000 and LE100,000. The editor, developer and host of the news media website, as well as the social media officer running its accounts – whether that officer works directly for the media outlet or for a third party service provider – will also face the charge of “facilitating a crime punishable by law;” liable to no less than two years in prison and/or a fine ranging between LE20,000 and LE200,000.

What if the investigators find that your internet service provider (ISP) did not collect and retain your browsing data, traffic data and traffic content for the past 180 days? Or that the company hosting the media website did not collect the same information about the website editors? These two companies are now liable to a fine of at least LE5 million and up to LE10 million, and they may lose their licenses to operate in Egypt.

This is an example to illustrate the multiple parties that stand subject to prosecution, under the new cybercrime law, for an everyday act like publishing a photo of a celebrity or public figure in a public place. The law – passed to “protect citizens and safeguard their freedom,” according to head of Parliament’s Communications and Information Technology Committee Nidal al-Saeed — defines a broad scope of penalties that apply to a wide range of persons.

Mada Masr has developed this guide to make sense of how this law will affect our daily activities — whether as casual internet users or as telecom and information technology (IT) professionals who work in web development, system administration, hosting, digital marketing, information security or online journalism. 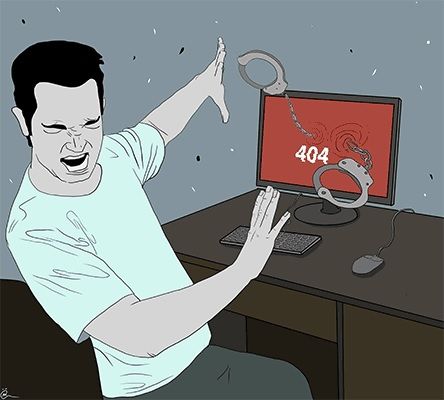 As a casual user 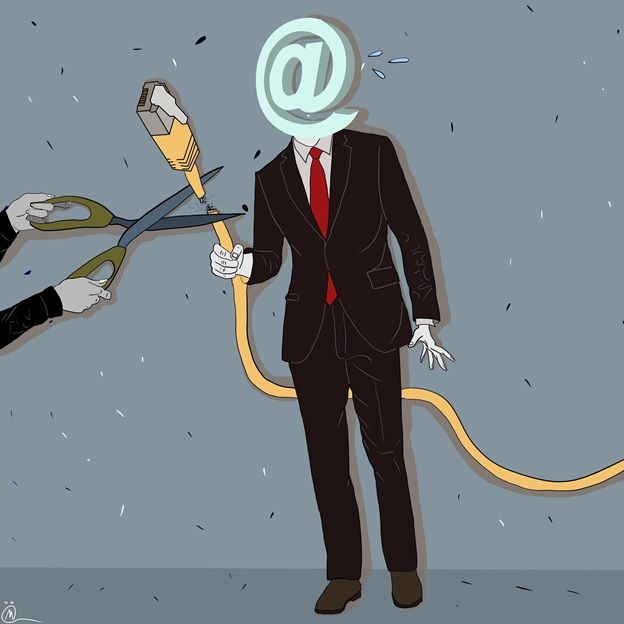 As a service provider

The law defines a service provider as a legal individual or organization which provides users with information technology and telecom services. The definition applies to telecom operators, ISPs, web hosts, email service providers, software development companies and internal network solution services, among other IT service providers.

This translates to legal liability if you, as a service provider, censor a website “wrongfully or for illegitimate reasons,” since censoring a website involves “redirecting” or “rerouting” the data of users who send requests for that website. Lawful censoring of a website requires an order or directive that has to have been issued by the competent authority. Such an order can be issued by an investigative authority, which may submit a censorship request to the competent court. The court is then allowed 72 hours to examine the request and issue a verdict. If the matter is urgent, the investigative or the interdiction authority may inform the NTRA, which will then issue a censorship directive. The investigative authority is then required to submit a report to the competent court, which may sustain the directive or overturn it.

The law does not make an exception for intercepting data in order to test the security of networks or devices.

Yet the provisions of the law do not take into account the fact that cloud computing service providers are now using stronger encryption techniques, which prevent the company itself from accessing user content. For example, an e-commerce hosting service provider would have to roll back its digital security standards in order to comply with the cybercrime law and provide a record of users’ data. Data types could include users’ credit information, and such measures could entail making the data more vulnerable to hacking.

Meanwhile, as a service provider, you are required to secure the user data that the cybercrime law requires you to collect and to keep said data confidential, with the exception of law enforcement and security authorities. Failure to comply with this requirement would make you liable to further penalties of no less than a year in prison and/or fines of LE5,000 to LE20,000 under Article 31. Multiple fines can be incurred in the event that the data of multiple victims are not secured.

Your responsibility does not end here. You — as a telecom, email, hosting or cloud computing service provider — are required to provide “the technical capabilities that allow national security entities to exercise their duties as stipulated by the law.” The law does not specify what functions these entities may perform. Let’s say, for instance, that a national security entity wishes to track down and identify the admin of a Facebook page or a user who posted a comment on a website. Under the law, the responsibility to provide the technology that the entity would need to accomplish this falls on the telecom company, the hosting service provider and even Facebook itself. Failure to comply could earn you a penalty of no less than three months in prison and/or a LE200,000 to LE1 million fine.

The law also requires telecom, email, hosting and cloud computing service providers to comply with the orders of investigative authorities by handing over to judicial officers all data or information that the service provider has that relate to an information system or device that is under its control or stored by it, as well as a service user’s data and data pertaining to traffic flowing through that system or device. But the grounds for such an order must be specified in all cases, as per Article 6. Failure to comply is punishable, under Article 32, with a prison term of no less than six months and/or a fine of LE20,000 to LE100,000. 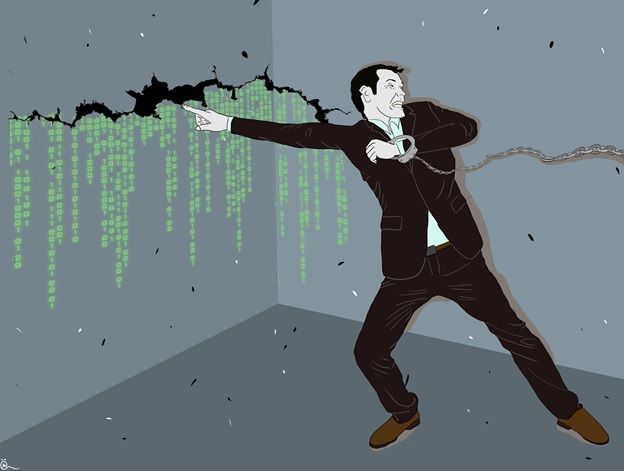 As a digital security expert

For a subset of service providers, including security service providers and hackers, the law stipulates a number of additional punishable acts. These may occur in the course of testing infrastructure and information systems for security vulnerabilities, and the penalties for them are applicable whether you act as an independent digital security specialist or an employee at a company providing digital security services. 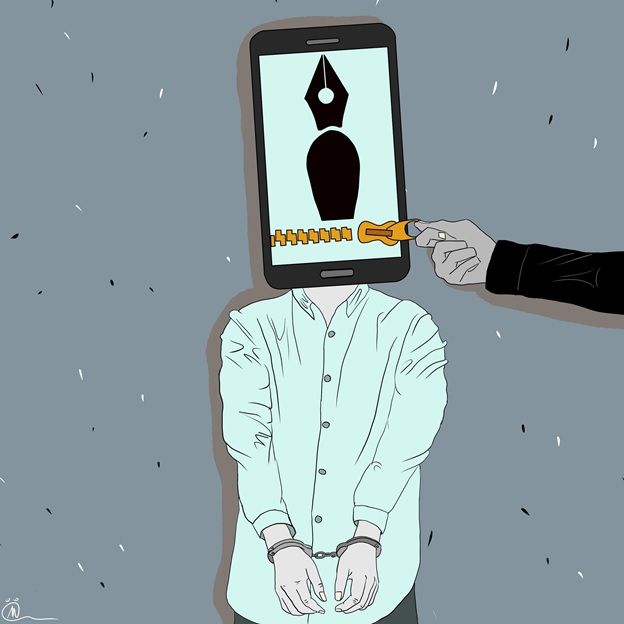 As a web, account, email or information system administrator

If you are an employee at a company that provides web hosting services, or if you are a web designer, an editor who enjoys admin privileges to the content management system of a website, or a social media officer who runs a company’s page, you are a web administrator in the eyes of the law. The definition the law provides is: “Anyone who is in charge of the organization, administration, management or maintenance of one or more websites on [the internet,] including [anyone who controls] users’ rights to access the website, designs it, generates or controls its pages or the content on it, or administers it.” The law holds you liable for a special set of offenses, whether you are a full-time web admin or a service provider.

If you are a government employee

The court may issue a ruling to temporarily suspend a government employee from their job if they commit any of the acts that are punishable by the law. This suspension becomes mandatory sentencing if the website, email account or information system that belongs to the government entity you work at – and whose online presence you manage – is the object of any act that is provided as punishable by the cybercrime law, and that you do not report to the competent authority at the time you become aware of it. 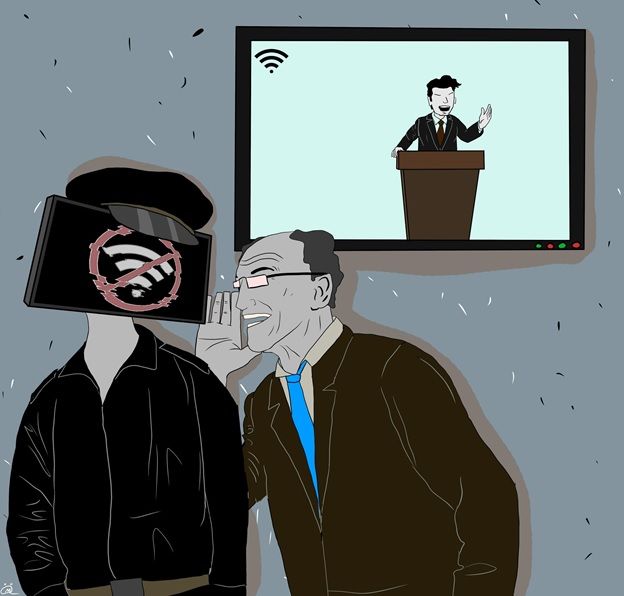 Conciliation is defined by the cybercrime law as reaching an amicable agreement between the offender and the victim in connection with some offenses. The victim or their legal attorney can come before the court and state that the two parties have reached a settlement or submit a [document] to that effect, in which case the action is settled. It is not within the court’s purview to decline the motion. This, however, only applies to a select set of punishable offenses.

These are the main points of how this law regulates conciliation:

Hassan al-Azhari, a lawyer, reviewed the legal content in this guide.

AD
You Might Have Missed
Mugamma revisited: Reimagining the building and the square
Where do old lesbians go to die?
Carbon Colonies & A Green New Deal
If they steal Sheikh Jarrah
AD

Topics
Related
Association for Freedom of Thought and Expression
Report: Internet censorship has become ‘more pervasive’ in past year, 62% of blocked websites are media outlets
Report on the state of internet censorship in Egypt published by AFTE and OONI
internet use
Parliament passes cybercrime law regulating web content and ISP surveillance
Rania al-Abd | Following months of discussion, Parliament has approved Egypt's cybercrime law
censorship
Cybercrime bill nears committee approval with harsher penalties for site admins, protection for bona fides
Rania al-Abd | The amendments include harsher punishments for website admins and ISPs that disclose user data
Mada Masr blocking case
Video | Blocked for 300 days
The Mada Masr team relays what it's like to work as a journalist for a website that's been blocked