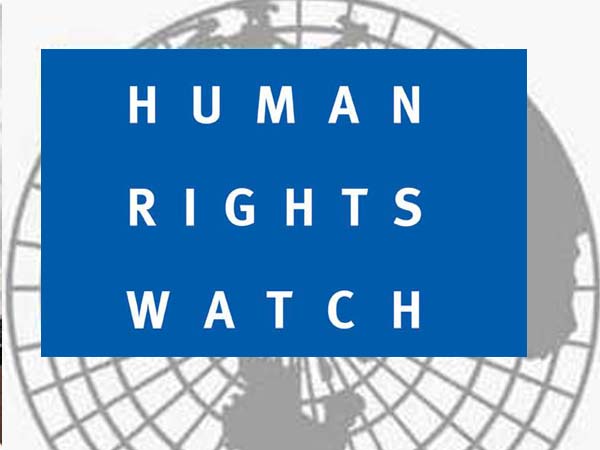 Human Rights Watch criticized the Egyptian government for prosecuting political opponents under emergency and counterterrorism legislation, in a report released on Sunday.

The New York-based rights organization asserted that political opponents have been tried in military and emergency courts in an effort to silence dissent through “abusive practices and distortion of counterterrorism measures.”

The government of President Abdel Fattah al-Sisi is exploiting the security threats Egypt is facing to prosecute peaceful critics while his Western allies look the other way, counterterrorism director at HRW Nadim Houry claims in the report.

At least 33 journalists and bloggers are currently detained in Egypt, according to a press release issued by the Paris-based Reports Without Borders in May 2018, with its World Press Freedom Index ranking Egypt 161 out of 180 countries.

The report highlighted 10 cases in particular since Egypt’s counterterrorism law was issued in 2015, nine of which are being investigated by the Supreme State Security Prosecution. These cases involve 36 defendants who have all been accused of terrorism-related activities.

Case 441/2018 involves a number of journalists, activists and lawyers, including prominent blogger Wael Abbas, lawyer and head of the Egyptian Coordination for Rights and Freedoms Ezzat Ghoneim and editor in chief of the privately owned Masr al-Arabia news website Adel Sabry, who have all been charged with spreading false news and joining an illegal organization.

HRW outlined the reasons why trying civilians and political opponents in emergency and military courts is a violation of their human rights, stressing the lack of ability for defendants to appeal verdicts and the exceptional nature of the courts, in that they are subject to executive review and verdicts are often expedited.

Under a decree issued by former Prime Minister Sherif Ismail in October 2017, the Emergency State Security Courts are to have additional jurisdiction over matters of unlawful assembly and protest, supply and rations, pricing and profit margins, firearms control and ammunition, the sanctity of places of worship, preventing others from working through strikes or protests and vandalism of public property.

Egypt’s emergency courts were formed in the wake of the Palm Sunday bombings in April 2017, and can only convene when the state of emergency is in effect. The third state of emergency, initially announced in April, was renewed for three months by Parliament in late June and went into effect on Saturday.

According to HRW’s report, 15,000 civilians, including hundreds of children, have been referred to military prosecutors since 2014, despite the Egyptian Constitution stipulating that special tribunals are prohibited and everyone should be guaranteed due legal process.

AD
You Might Have Missed
Mugamma revisited: Reimagining the building and the square
Where do old lesbians go to die?
Carbon Colonies & A Green New Deal
If they steal Sheikh Jarrah
AD