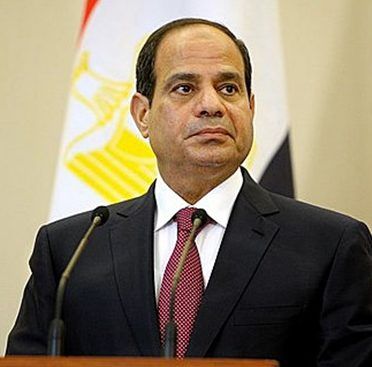 President Abdel Fattah al-Sisi has decreed the formation of a judicial committee that can be authorized to seize assets of individuals added to terrorist lists once the appeal process has been exhausted, according to Thursday’s edition of the Official Gazette.

The function of this committee, formed in accordance with Law 22/2018 that was passed in April, is to avoid the issues that arose under the previous process,which had been beset by challenges from the State Council and appeals courts, hindering the state’s attempts to seize assets owned by individuals added to terrorist lists for their affiliation with the Muslim Brotherhood.

The asset freezing process is now separate from the designation process, and appeals against placement on the list and asset freezes are now appealed through two different channels.

The committee, which is competent to file requests to freeze assets of people placed on the list, is comprised of seven judges from the Court of Appeals and is led by Cairo Court of Appeals head Mohamed Aboul Enein. According to Thursday’s presidential decree, committee members have renewable one-year terms, which began in April of this year, when the Supreme Judicial Council approved the committee’s formation.

The new committee replaces the former “committee to manage the Muslim Brotherhood’s assets,” a non-judicial body formed in 2013, whose decisions to seize assets were reversed by administrative courts and the Court of Cassation, on the basis that these decisions were judicial in nature and, therefore, fell outside the scope of the committee’s jurisdiction.

Known as as the “Law to Regulate the Procedures for the Seizure, Enumeration, Management and Disposal of the Assets of Terrorist Organizations and Individuals,” Law 22/2018 set a precedent by allowing the government to confiscate assets and deposit them into the state budget, rather than merely seizing and managing them. Moreover, assets can be confiscated and deposited before their owners are convicted of charges related to terrorism.

Its passage marked the beginning of a third round in the state’s campaign to seize the assets of the Muslim Brotherhood and other organizations. Two previous attempts to do so were deterred by the State Council and appeals courts, both of which challenged the legitimacy of the committee ordering the seizures. The law — which is composed of 18 articles — lays out the legal procedures for the seizure of the assets of “terrorist groups” and the creation of a committee of a judicial nature which shall have the sole authority to take all measures related “to the enforcement of rulings deeming a group, organization or person an affiliate of a terrorist group.”

Requests to freeze the assets of individuals listed as terrorists shall, according to the new law, be submitted by the committee to a judge pro tempore. If the request is approved by the judge, the management of these funds and assets becomes the responsibility of the committee.

Under the new appeal process, if a defendant chooses to challenge their placement on the terrorist list, they must submit an appeal to the Court of Cassation. Contesting the pro tempore decision regarding asset seizures, on the other hand, requires an appearance before a court of urgent matters, which have a lesser evidentiary standard than courts within the regular judiciary. If the court of urgent matters rules against the appeal, however, the freezing decision is not only upheld as “final,” but it enables the new committee to seize a defendant’s assets, if the appeal decision contains language allowing the committee to do so.

On Wednesday, the Court of Cassation overturned a 2017 decision to place retired football star Mohamed Abou Treika and 1,537 others on the terrorist list, ordering that the request issued by the public prosecutor be reviewed by another circuit court.

*Note: This piece has been edited for clarity since it was originally published.

Topics
Related
Egyptian football players
Court overturns decision to add 1,538 people, including Abu Treika, to terror lists
A decision landing retired football player Mohamed Abu Treika on the terrorist list was overturned
anti-terrorism law
Court adds 241 people to Egypt’s terrorist list
Over 200 accused of being connected to Province of Sinai were added to Egypt’s terrorist list
freezing assets
Court adds 1,529 to terrorist list opening door to possible asset seizures
The Muslim Brotherhood and 1,529 people, including Abu Treika, were added to the terrorist list
freezing assets
Has the government finally found a mechanism to seize Brotherhood assets?
Rania al-Abd | Under the new law, the government can directly confiscate assets rather than merely freeze them