Report: Internet censorship has become ‘more pervasive’ in past year, 62% of blocked websites are media outlets
By
Mada Masr 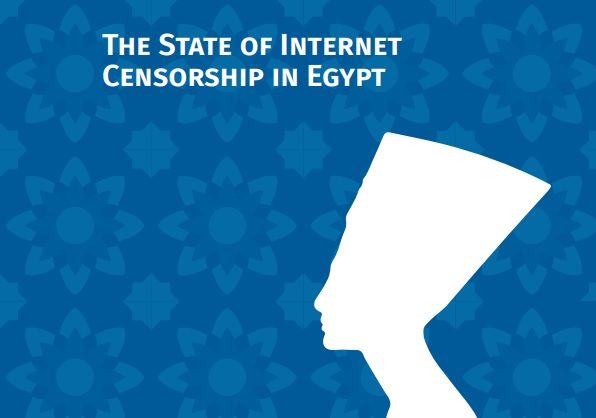 The Egyptian government’s censorship of the internet has become “more dynamic and pervasive” over the last year, according to a Monday report.

The report, titled “The State of Internet Censorship in Egypt,” is the result of a joint research study between Egyptian human rights organization the Association for Freedom of Thought and Expression (AFTE) and the nonprofit technical research lab Open Observatory of Network Interference (OONI), as part of the TOR Project, which aims to increase transparency of internet censorship around the world. Through their collection and analysis of empirical data, researchers examined internet censorship in Egypt.

Between January 2017 and May 2018, researchers conducted a number of technical tests on four main internet service providers (ISPs) in Egypt as part of the project: Vodafone Egypt, Link Egypt, Telecom Egypt and Noor.

According to the report, Egyptian ISPs do not directly block certain webpages, but they reset the connection for users attempting to access these sites through the use of deep packet inspection (DPI) equipment, a technology that enables the interception of internet packets and their contents. The communicating parties and the data within the packets may then be identified, and the communications disabled.

The results of the study revealed that over 1,000 URLs “presented network anomalies” during the testing period, 178 of which consistently presented a high rate of HTTP failures, “strongly suggesting that they were blocked.”

Evidence of ISP interference in SSL-encrypted traffic between Cloudfare’s point-of-presence (PoP) in Cairo and the backend servers of some websites located outside of Egypt was also identified by researchers as another way users’ connection processes are disrupted. 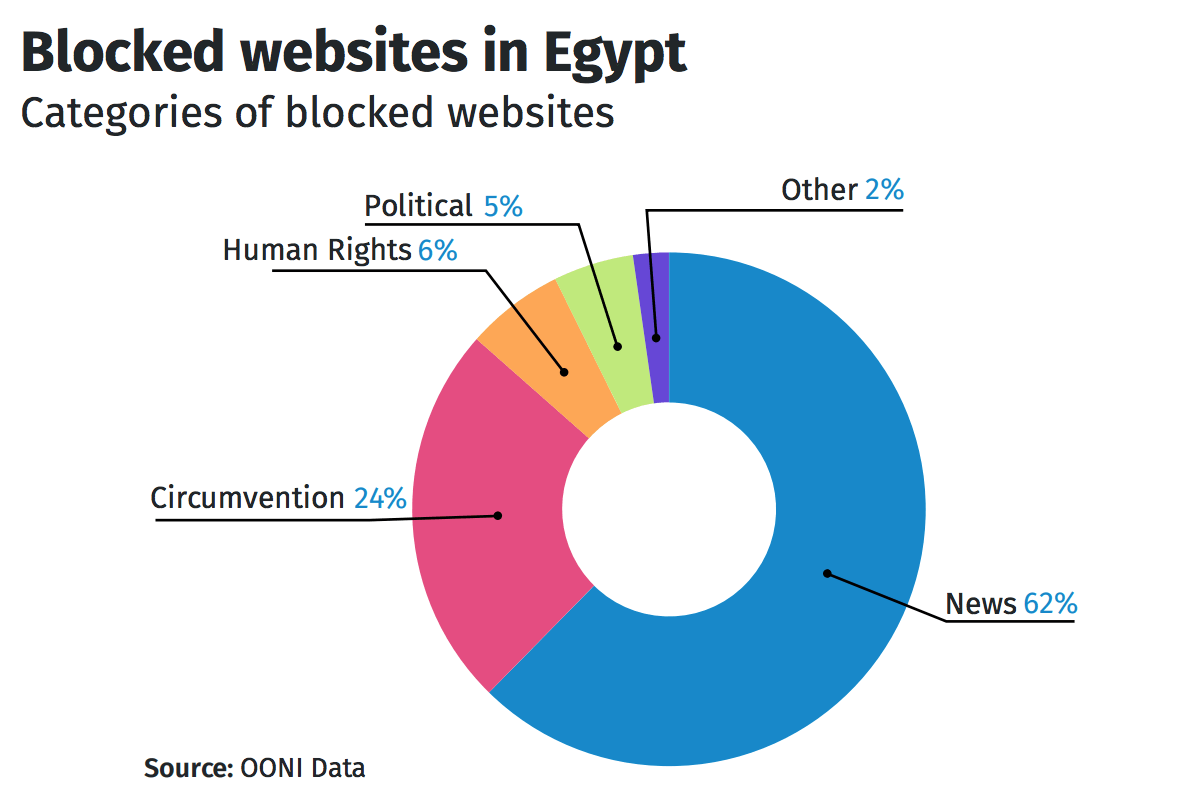 In February, AFTE published a research report on the blocking of the Google-affiliated Accelerated Mobile Pages (AMP) Project in Egypt, a technology designed to improve the performance of webpages on mobile phones, providing a faster and better experience for smartphone users. AMP was used by Mada Masr as an alternative to its main website, which was blocked in May of last year. However, AMP is also used by over 25 million website domains, according to an estimate made by David Besbris, the vice president of Google Search and the AMP Project lead at Google, in October 2017.

“Since AMP serves alternative links to the original links that appear on Google search, users are redirected to an alternative domain, circumventing the blocking of the original site,” the report explains. “By blocking AMP, Egyptian authorities not only make censorship circumvention harder for blocked sites, but they also affect millions of other websites that use AMP merely for the purpose of providing better web performance to their smartphone users.”

Internet usage in Egypt has increased in recent years. According to the Communications and Information Technology Ministry, Egypt’s internet penetration rate, measuring the number of internet users, reached 41.2 percent by the end of 2017, with users relying heavily on mobile internet subscriptions.

The Egyptian government has adopted a series of measures to monitor citizens’ increasing internet activity. On June 5, Parliament passed the cybercrime bill, which expands authorities’ surveillance powers and legalizes the blocking of websites. It is yet to be ratified by the president. According to AFTE, Article 7 of the bill authorizes authorities to block websites when their content is deemed to constitute “a crime or threat to national security or jeopardizes the security of the country or its national economy.” The authority in question has 24 hours to present the matter to the relevant court, which will decide on the matter within 72 hours.

Website blocks began in May of last year, when access to 21 sites, including Mada Masr, was blocked on some ISPs, without the websites’ prior notification or clarification from relevant officials on the reasons behind the block or the entity responsible for its implementation. Since then, the Egyptian government has increasingly resorted to website censorship, with access to nearly 500 webpages currently blocked, according to an inventory compiled by AFTE.

Government sources told Reuters in April 2016 that Egyptian authorities decided to block the Free Basics internet service provided by Facebook, after the company refused to allow the government to monitor its users.

In March 2015, Google announced that its engineers discovered that an Egyptian company called MCS Holdings had caused a security breach by trying to access data packets as they passed through the network between the sender and the receiver. These data packets included user-readable content, private, personal data, impersonation of sites and individuals and acquisition of confidential data. An investigation conducted by Mada Masr on the incident revealed that the company had been named in leaked documents relating to surveillance and espionage on the internet by Egyptian security services before the 2011 revolution.