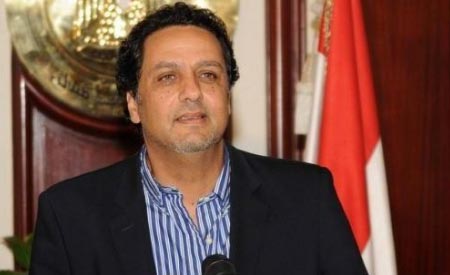 Police forces arrested Abdel Azeem from his residence on May 27, referring him to prosecution the next day, which ordered his detention on charges of aiding a terrorist group and disseminating false news, among others.

During Wednesday’s session, Abdel Azeem told the prosecution that there is no evidence against him, describing the case as “political,” given his opposition to state policies, Awady told Mada Masr.

Abdel Azeem also stated that administrators at Tora Prison, where he is being held in custody, refused to conduct a medical examination even after the prosecution had issued a decision to grant him one in light of the defendant’s medical issues, Awady added.

Abdel Azeem was politically active prior to the 2011 revolution, joining the National Association for Change in 2010, which was established by former deputy Prime Minister and Nobel Prize winner Mohamed ElBaradei. He became known more widely following the revolution as a blogger and a political activist.

Following his opposition to former Islamist President Mohamed Morsi, who was ousted in a military-backed uprising in 2013, Abdel Azeem joined President Abdel Fattah al-Sisi’s 2014 presidential campaign, but later changed his political stance — in 2016, he received backlash for publishing a testimonial directly implicating the president and intelligence bodies in the 2015 parliamentary elections.

Topics
Related
Politics
Detained for good
Mohamed Hamama | How remand detention has been used as a punitive measure against political opponents
activist detentions
Lawyer: Prosecution interrogates Wael Abbas, some of his possessions seized illegally
Abbas denied accusations leveled against him during the interrogation sessions
2015 Parliament
Anatomy of an election
Hossam Bahgat | "For the Love of Egypt … was born in this meeting. Yes, inside the Egyptian General Intelligence Agency.
2015 parliamentary elections
Hazem Abdel Azeem faces backlash following controversial testimonial on parliament
Telecommunications professor and liberal politician Hazem Abdel Azeem has been the subject of much