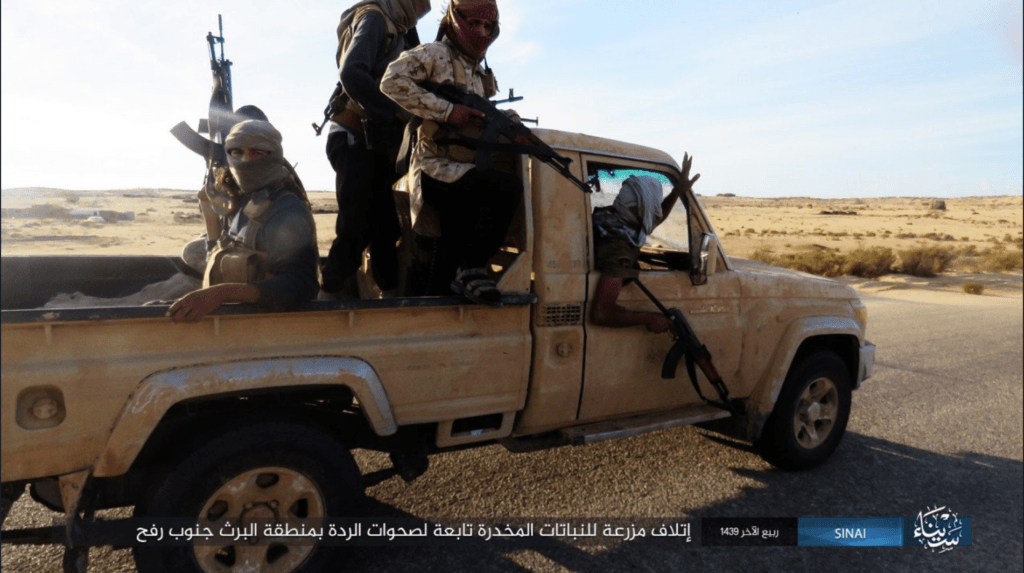 Sinai-based militant group Province of Sinai claimed on Wednesday that it killed one Egyptian Armed Forces officer and a “number” of soldiers by attacking their vehicle with an IED in southern Arish, the Amaq News Agency, the Islamic State’s media arm, reported.

This follows Tuesday’s claims by the the Islamic State’s Egypt affiliate that it killed two civilians, whom it asserted were cooperating with the Armed Forces, in North Sinai.

The group circulated three images on a Telegram channel affiliated with the Islamic State, two of which show the civilians digging a grave, and another of which shows the two men being beheaded, each bearing the caption “execution of two spies working for the Egyptian military.”

Both of the individuals allegedly killed appear to be wearing civilian clothing; the images, however, reveal little else about their identities or about the time or place of the operation.

In March of this year, the militant group released a video claiming that it was still able to carry out large-scale attacks in North Sinai despite Operation Sinai 2018, which it said had failed to achieve any results. However, the claims were undercut by the use of old footage, showing operations from 2016 and 2017. The video’s release followed military reports that, since February, the Armed Forces had destroyed three of the group’s media centers.

Following the February 9 commencement of the campaign, militant attacks in North Sinai had halted. Recent weeks, however, have seen an uptick in militant activity in the governorate.

Attacks on security personnel also decreased following the start of the military campaign. The attempted assassination of the head of the Central Security Forces in Arish Nasser al-Hosseiny in May marked the only exception until June 13, when eyewitnesses told Mada Masr that three security personnel were killed at a militant-run checkpoint.

The increase in attacks followed a brief period of reprieve for residents of the North Sinai Governorate’s major cities, when food shortages and restrictions on movement imposed as part of Operation Sinai 2018’s security measures were eased.