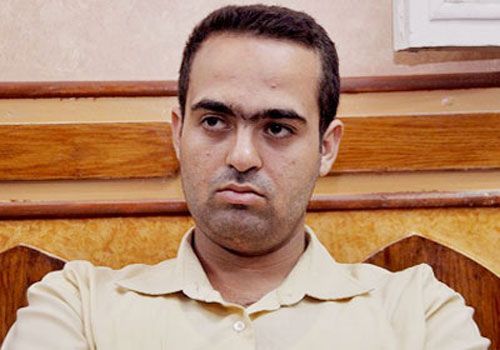 Adel was detained on Monday during one of the daily 12-hour holding periods at a local police station that are one of the probation conditions of his July 2017 release. Under the terms of the release, which came after he spent three years in prison on charges related to unlawful protesting, Adel was required to submit himself to a local police station from 6 pm to 6 am each day.

Adel was informed that the Aga prosecution had a warrant for his arrest while carrying out his Monday sign in at Aga Police Station, Ghaly told Mada Masr.

When Adel didn’t return home after the holding period, his father went to the police station on Tuesday to inquire as to his whereabouts, and while the officers told that him that his son had been arrested, they did not disclose his whereabouts, according to Ghaly. His father learned later that day that Adel had been brought before the Mansoura prosecution.

According to Ghaly, Adel’s arrest is related to a legal complaint filed by Farouk al-Shenawy, who owns a plastic goods store. Shenawy accused Adel of inciting anti-state sentiments in 14 posts on Facebook, most of which the activist’s lawyer referred to as “insignificant.”

The National Security Agency and a body within the Ministry of Interior responsible for investigating complaints pertaining to internet use investigated the matter and shared their information with the prosecution, who issued the warrant for Adel’s arrest, Ghaly told Mada Masr.

Adel was sentenced to three years in prison, charged with unlawful protesting, in December 2013, along with prominent political activists and April 6 Youth Movement members Ahmed Maher and Ahmed Douma. The charges were related to the November 2013 demonstrations outside the Shura Council in protest over the newly passed protest law.