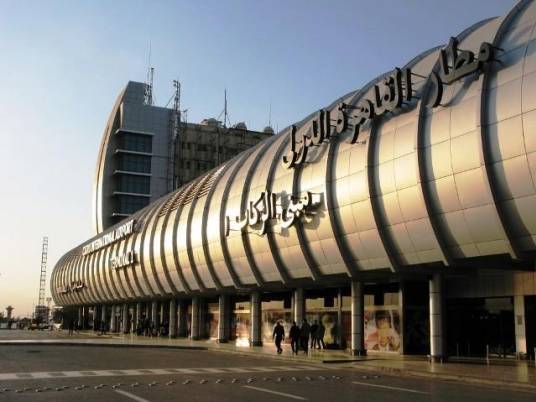 Manar Tantawy, the wife of detained journalist Hesham Gaafar, was banned from leaving Cairo airport on Wednesday, and her passport was confiscated by airport security officials.

The professor of engineering, who isn’t known for being politically active, revealed on her Facebook page on Thursday that she was prevented from leaving the country without further explanation. Tantawy was attempting to visit her son, who lives overseas.

Gaafar, CEO of the Mada Foundation for Media Development, was arrested when security forces raided his home and the foundation’s offices in October 2015. He was charged with international bribery and belonging to an outlawed organization, and has been in pre-trial detention ever since.

Tantawy has raised concerns on her personal Facebook account over the deterioration of her husband’s health and his treatment in Al-Akrab maximum security prison, notorious for its violations against prisoners. She has previously mentioned the deterioration of her husband’s eyesight, which she says is due to negligence in treating a pre-existing eye condition, resulting in the weakening of his optic nerve, and raising fears that he may lose his sight completely.

Tantawy has asked prison authorities that she be allowed to provide her husband with a bed and chair, as his current conditions are reportedly exacerbating other health problems he has, including an enlarged prostate.

A large number of political and rights activists have been banned from travel in recent years. Amnesty International accused Egyptian authorities in 2016 of systematically using travel bans to silence human rights defenders.