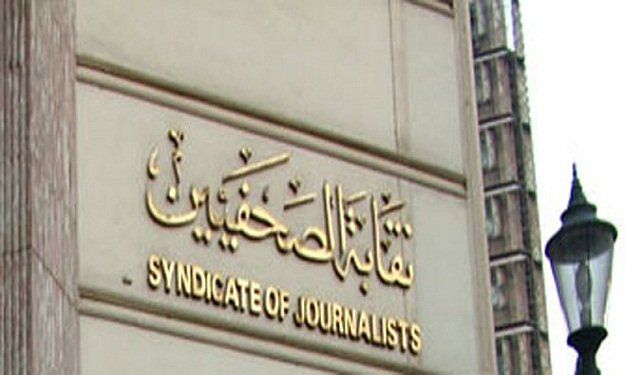 Parliamentarians, journalists, press professionals and high-ranking syndicate leaders have struck out against Sunday’s preliminary approval of a draft law that will regulate the practice of journalism in Egypt.

The new media bill is a derivation of the once unified media regulation bill that was divided first in December 2016, when legislation was passed to create three regulatory bodies, and a second bill was slotted to follow shortly afterward to regulate practice. After a long delay, this second prospective bill, however, was divided into three pieces of legislation: the Law on Regulating the Press and Media and the Supreme Media Regulatory Council (SMRC) and two bills regulating the practices of the National Press Authority (NPA) and the National Broadcasting Authority respectively. The first of these three was given preliminary approval on Sunday and is now pending a final vote by the legislature after review by the State Council’s legislative and fatwa committee.

The criticisms of this new legislation, however, are many. Members of Parliament sitting on the committee that was to review the legislation criticize the bill’s consultation process as it moved through Parliament, while those in the industry point to the harsh punishments and wide-reaching state oversight it introduces. The journalists and press professionals who spoke to Mada Masr argue that the bill specifically goes astray by allowing new measures for journalists to be held in remand detention pending investigation into publishing-related offenses, reducing representation of journalists on the boards of press institutions, and granting the SMRC surveillance and censoring authorities.

Some of these criticisms were also raised in a statement published on Tuesday and open for signatures to protest the bill. Dozens of journalists have already put their names to the document, including several members of the Journalists Syndicate’s board of directors.

Member of Parliament Galal Awara, the deputy head of the Media, Culture and Antiquities Committee, told Mada Masr on Sunday that he declined to attend the general assembly vote on the bill in protest, despite being a reserve rapporteur to read out the report on the bill. “I have many reservations about this bill. I will not participate in the crime of passing it,” he said, explaining that the bill codifies the media’s “current state of chaos,” and that there are several gaps in the legislative framework put forward by the bill.

A number of MPs, including members of Awara’s committee, also expressed their opposition to the bill during Sunday’s session. Among them was MP Osama Sharshar, who vocalized his objection, demanding that it be returned to the committee again and reviewed by specialists and relevant syndicates, and that hearings with journalists and media professors be held, a request rejected by Parliament Speaker Ali Abdel Aal.

Meanwhile, Osama Heikal, the head of the Media, Culture and Antiquities Committee, said during an address to the general assembly that all relevant bodies from the competent authorities, trade unions, the National Telecom Regulatory Authority, the Media Chamber and the Egyptian Competition Authority were invited to discuss the bill. The delay in its issuance, he argued, is due to the Journalists Syndicates’ delayed response to the bill it was sent.

But Sharshar told Mada Masr on Sunday that the closed hearings held by the Media, Culture and Antiquities Committee were conducted without copies of the bill in the hands of committee MPs, adding, “When we asked for a copy from the head of the committee, we were told that it was still with the government. This continued throughout the discussion until it was sent to us yesterday evening via parliamentary tablets.”

Sharshar stressed that the opinions of committee members tasked with reviewing the bill were not taken into account and that MPs were surprised with the final version in Sunday’s session, noting that the committee did not review the bill in its final form, and specialist hearings on the bill were not held.

“Do not ask me about this bill,” Youssef al-Qaid, a member of the committee, told Mada Masr on Sunday. “What was discussed was one thing, and what came out today is something other than what we were discussing with the committee.”

Meanwhile, Nader Mostafa, the secretary of the committee, defended the stages the bill passed through within the committee during the general assembly vote, describing the demand for a return to discussion as “futile.” He explained that the bill is an “achievement” because it “organizes a mechanism that has been absent for decades.”

“Society is hungry for this bill and we must implement it,” he said.

Reaction to the passage of the bill from some of those practicing journalism and within key press institutions has been forceful on several fronts.

The journalists’ Tuesday statement included specific criticism of articles 15 and 35 of the bill on the grounds that they allow the NPA to control the administrations of national press institutions. “The [NPA would] dominate [their] boards and general assemblies, and no institution [would be] able to take any significant decisions without the approval of the NPA — which would, incidentally, receive 1 percent of the revenues of each institution, instead of [a percentage of] their profits. The head of the NPA [would be] the chairman of the general assembly at all [of these] institutions,” the statement reads.

In addition to granting majority representation to press bodies, the bill would confer on the NPA and the SMRC sweeping powers, from disciplining journalists, selecting chairpersons of the boards and editors in chief, and identifying “journalists with specialized expertise” as eligible for a retirement age beyond 60, to monitoring, censoring and removing personal social media accounts with over 5,000 followers.

For former Journalists Syndicate head Yehia Qallash, “the bill bestows upon the SMRC almost godlike authority that extends beyond journalists to the open cybersphere and social media. In provisions pertaining to labor relations, it is in stark bias toward employers and administrations and against journalists and [media] professionals.”

Independent columnist Abdallah al-Sinnawy shares Qallash’s sentiment. “The bill doesn’t only restrain and limit journalists and newspapers, but places even social networking sites in that enclosure, applying also to content published on them. The bill goes against the Constitution in more than one of its provisions. Even the more minor details — the provisions on extending the retirement age for [select] journalists, for instance, are designed to reward journalists who gain authorities’ favor and punish those who fall into their disfavor.”

The bill includes harsh punitive measures. While it stipulates that journalists may not be held in remand during investigations into publishing-related charges, it makes an exception in cases that involve broadly phrased crimes like “incitement of violence,” “instigation of discrimination” or “besmirching the honor [of individuals.]”

Nevertheless, Journalists Syndicate board member Mohamed Saad Abdel Hafeez says that the draft that received preliminary approval is different from the one that the syndicate was consulted on. “The current draft was not submitted to the board of the Journalists Syndicate for review, and the syndicate did not present its legal opinion on its provisions, which is a violation of Article 77 of the Constitution, stipulating that ‘[a syndicate] shall be consulted on all legislation pertaining [to the profession relevant to it.]’”

“The catastrophic consequences of the bill,” Qallash tells Mada Masr, “are not limited to the freedoms of journalists and the nature of their practice. We can say that it could lead to the demise of the very profession. We are now losing what we previously used to scoff at as ‘a slim margin of democracy.’ Even that margin is being commandeered by force of this [bill].”