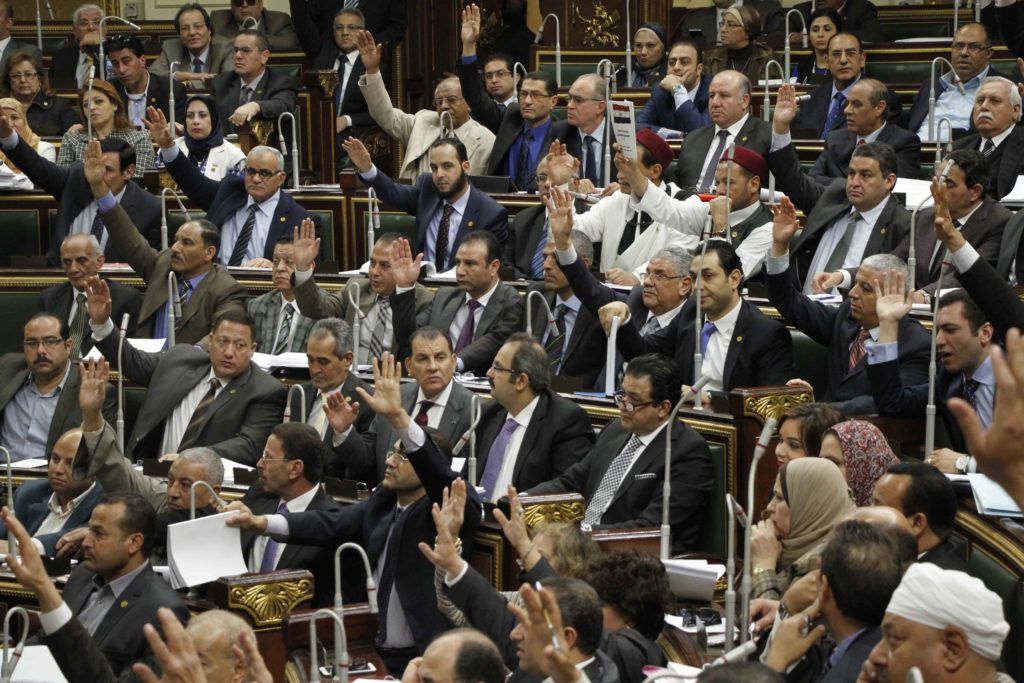 Two months after Parliament passed legislation guaranteeing maximum salaries for Cabinet members, the law is back up for discussion with amendments on the table to provide the most senior ministers with the largest pension payouts.

The government submitted the draft legislation to amend Law 28/2018 at the end of last week, according to Galila Osman, a member of Parliament’s Manpower Committee. Law 28/2018, which was ratified by President Abdel Fattah al-Sisi in April, sets the salaries of Egypt’s prime minister, Cabinet ministers, the Parliament speaker, as well governors and their deputies.

The amendments that the government has put forward entail the removal of the fourth and fifth articles of the April law, which specify officials’ pensions at “80 percent of their salary or bonus at the date of their termination from office” and exclude “anyone who has been sentenced to a final verdict in a criminal case or sentenced in a case related to terrorism or national security” from the provisions laid out in the law respectively, according to Osman.

In lieu of the articles suggested for removal, the government proposed new legislation that includes an alternative mechanism for the calculation of government officials’ pensions, which will see the prime minister and the Parliament speaker, ministers, governors and deputies, receive a pension between 25 percent and 80 percent dependent on the number of years they have held their positions when they leave their posts.

The specifics of how long a minister must remain in their post to secure certain pension percentages would be laid out in the bylaws to follow the bill’s passage.

On April 16, Parliament passed Law 28/2018, which sets the net salaries of the Parliament’s speaker, the prime minister and his deputies, Cabinet ministers and governors at 100 percent of the maximum wage of LE42,000. The net salaries of the deputies of each of the ministers and governors was set at 90 percent of the maximum wage, with a stipulation that each of these categories is entitled to a “monthly pension equivalent to 80 percent of the salary or bonus at the date of termination of office,” and are not subject to any taxes or fees.

On June 3, the government submitted a five-item bill to increase Egyptian employees’ pensions by 15 percent, Osman told Mada Masr. The bill included the amendment of three laws: social insurance Law 79/1975, salaries Law 28/2018, and the law on the rights of disabled persons 10/2018.  “The government’s proposal last week included in its fifth and final interpretation of Article 4 of Law 28, but the government requested during the discussion of the bill within Parliament’s Manpower Committee to separate Article 5 from the bill, to be resubmitted in the form of a separate law, which is what took place during last week’s sessions,” Osman added.