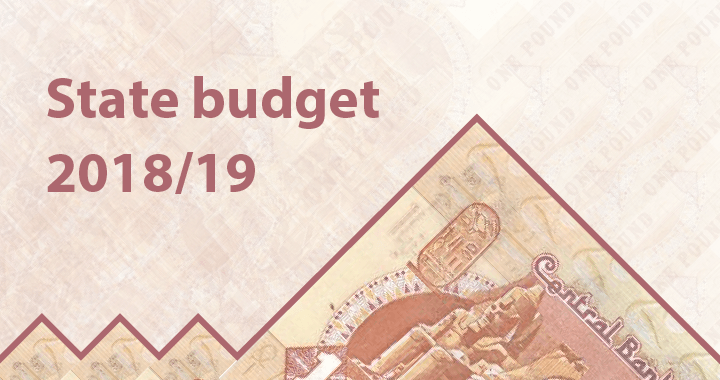 Parliament passed Egypt’s state budget for the fiscal year 2018/9, which will begin in July, on Tuesday. The budget targets a deficit of 8.4 percent of GDP, down from an estimated 9.8 percent at the end of the current fiscal year.

The tax structure in the 2018/19 state budget represents an imbalance in favor of the wealthiest and at the expense of lower-income citizens, amid an ongoing austerity program that has included the implementation of new taxes in recent years.

A real estate tax, which functions as a tax on the wealthiest, was implemented starting July 2014. A few years later, the government introduced the value-added tax, a regressive tax that weighs more on lower-income earners, who tend to use the bulk of their income on consumption-related purchases, than on wealthier individuals who have a larger capacity to save. In spite of this, this year’s state budget shows that the real estate tax and other property taxes remain a limited source of income for the government, while the share of VAT from total tax collections has grown.

The slight decrease in the share of total taxes paid by corporations, when compared with the incrementally increasing share paid by individuals and despite recent improvements in economic growth, further reflects the imbalance in the distribution of Egypt’s tax burden.

AD
You Might Have Missed
What we talk about when we talk about trees
Mugamma revisited: Reimagining the building and the square
Carbon Colonies & A Green New Deal
Where do old lesbians go to die?
AD
Waad Ahmed
28 articles on Mada

Topics
Related
2018/19 budget
Food subsidies to increase by marginal 5% in upcoming state budget as austerity measures continue
Amid austerity, food subsidies, the government's social safety net, increase just 5% in FY 2018/9
2018/19 budget
Real wages for public sector employees drop in FY 2018/19 state budget
Public sector employees in Egypt are in line for the largest wage increase they have received in the
2017 year enders
How to cover a post-shock economy?
Maye Kabil | A year in review of our economy coverage
cigarette tax
Cigarettes are the most recent target for tax hikes, but consumption is not expected to be affected
Waad Ahmed | Previous data shows that cigarette consumption has not been affected by price hikes in the past