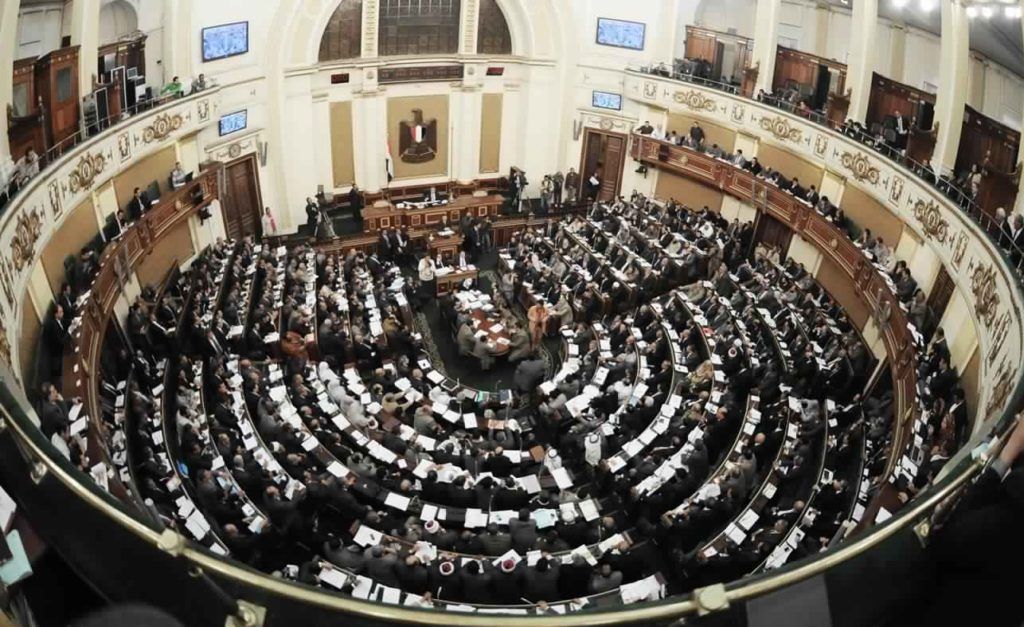 Egypt’s cybercrime law, which has been under discussion for a number of months, was approved by Parliament on Tuesday. It is the first piece of Egyptian legislation to regulate what is published on social media and web censorship, and includes harsh penalties for crimes including piracy and hacking.

All members of Parliament present, save one, approved the law which stipulates 29 penalties for cybercrimes, ranging from three months to five years in prison and up to LE20 million in fines.

Article 2 of the legislation, which must be ratified by the president before passing into law, requires internet service providers (ISPs) to retain their users’ personal information and details of their online activity, which must be released to security bodies upon their request and following the issuance of a judicial order.

As an example of one of the most harshly punished penalties stipulated in the legislation, ISPs that fail to honor a court order to block a particular website face fines between LE500,000 and LE1 million and their officials face one year in prison. The fine increases to LE20 million in case the failure to comply causes a threat to national security or the death of at least one person.

Additionally, according to the new law, anyone found guilty of impersonating another person may be issued a minimum three-month prison sentence and a fine between LE10,000–LE30,000. This increases to a minimum one-year sentence and a fine of between LE50,000–LE200,000 if the impersonation entails harm on the person or entity being personified. If the offense is against a state institution, the penalty increases to prison time and a fine between LE100,000–LE300,000.

The government-drafted law approved on Tuesday is merely the last step in the protracted process of passing Egypt’s cybercrime legislation, as a number of bills have been introduced to Parliament since 2015.