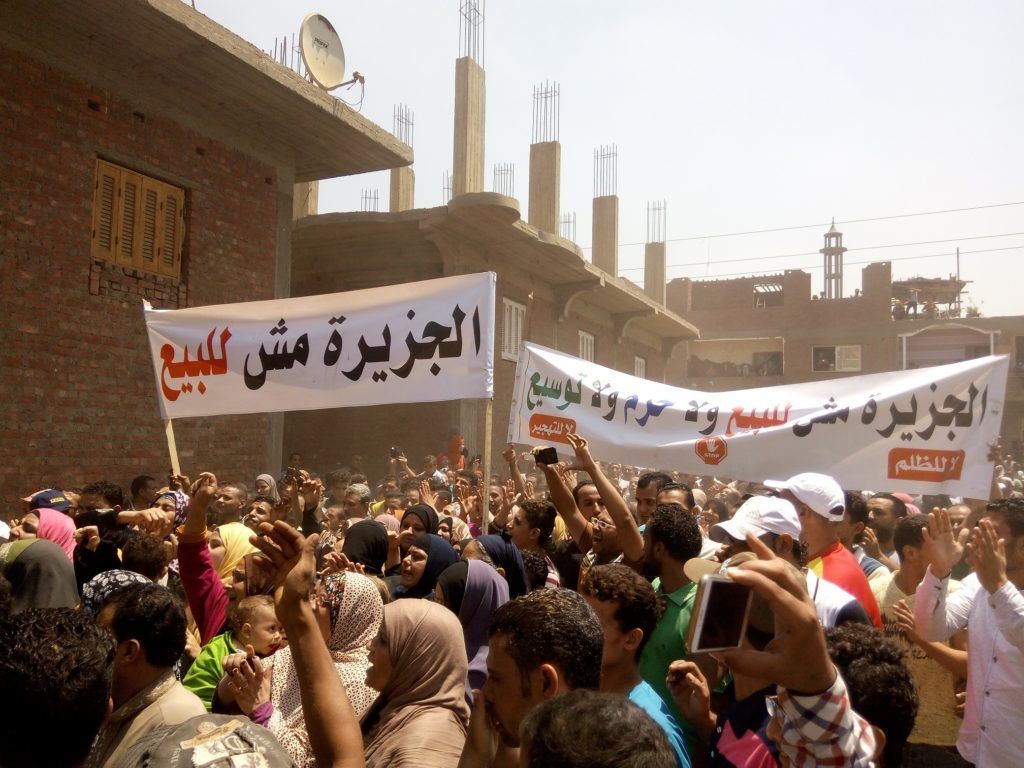 The decree, which was signed on Saturday, includes a map outlining the coordinates for the new community, as specified in Article 1. In a second article, the decree stipulates that all government entities must hand over any documents they have regarding land ownership and transactions on the island to the NUCA within a month. The appendix to the decree indicates that the new community includes nearly all the land on Warraq Island, which will be under the jurisdiction of the NUCA.

The government’s dispute with the residents of Warraq Island escalated rapidly in 2017. In June of that year, President Abdel Fattah al-Sisi referred to the island in a speech as, “An island in the middle of the Nile, spanning an area of more than 1,250 feddans.” He continued: “There’s an island in the middle of the Nile that stretches over 1,250 feddans. Havoc has spread in it, and people have been building on land that they seized. And now there’s 50,000 houses there. Where does their sewage go? It goes into the Nile water that we drink. We can’t allow that and hurt ourselves.”

Sisi’s comments were part of a longer speech he gave on June 7, 2017, on the importance of the state retrieving its land in cases where people have built without permits. A month later, police forces and officials from the ministries of religious endowment, irrigation and agriculture stormed the island to carry out 700 demolition orders, according to a statement by the Interior Ministry at the time. As a result, clashes erupted between police forces and residents objecting to the demolition of their homes. One person was killed and 19 residents and 37 policemen were injured in the clashes, according to official statements at the time. Security forces arrested dozens in the aftermath.

The plan is to demolish scattered housing on the periphery of the island and compensate residents with houses in a new residential area, sources told Mada Masr at the time. Wazir added that the AFEA would also pave new roads, develop infrastructure and build new schools on the island. Hints were made that some of the land would be allocated to investment projects, though the details were vague.

Frustrated with the absence of a detailed plan, residents formed a council to represent them in negotiations with the state in November. At the time, the privately owned Al-Shorouk newspaper published details of what it described as a NUCA project for turning the island into a touristic, cultural and entertainment hub on the Nile, named Horus.