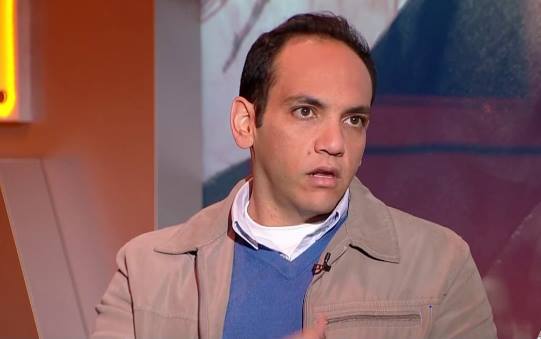 Activist Shady al-Ghazaly Harb was brought before the Supreme State Security Prosecution for questioning on Tuesday, according to lawyer Halim Hanish, who told Mada Masr that the prosecution has not disclosed which case the interrogation relates to.

Ghazaly Harb was previously interrogated by Giza prosecution on Monday in relation to tweets commenting on Egypt’s foreign relations. He was accused of insulting the president and spreading false news with the intent of destabilizing social peace and national security, according to lawyer Mohamed Sayyad.

The prosecution ordered Ghazaly Harb’s release on Monday, with bail set at LE50,000, pending further investigations. On Tuesday, however, before he was released, the activist was referred to State Security Prosecution for interrogation regarding charges that have yet to be disclosed.

The summons before the Giza prosecution followed a complaint filed against the activist by lawyer Ashraf Farahat, in which the lawyer attached copies of tweets written by Ghazaly Harb on a number of recent events, including the Supreme Constitutional Court’s March ruling validating an Egyptian treaty regarding the transfer of Red Sea islands Tiran and Sanafir to Saudi Arabia; the allocation of 1,000 km in South Sinai for a planned Saudi Arabian megaproject, which is projected to include the two Red Sea islands, and the new gas deal between Egyptian providers and the state of Israel, among other controversial topics.

Sayyad told Mada Masr that Ghazaly Harb received the initial summons several days before his scheduled appearance before Giza prosecution on Monday. Once the Giza prosecution decided to release the activist, the bail was paid and prosecution authorities transferred Ghazaly Harb to Dokki Police Station to process his release, his lawyer said. Upon his arrival at the police station, however, a National Security Agency officer ordered Ghazaly Harb’s overnight detention, pending the completion of further security checks.

When Sayyad arrived at Dokki Police Station on Tuesday morning to complete Ghazaly Harb’s release procedures, Sayyad learned that his client was transferred to the Supreme State Security Prosecution headquarters for interrogation in another case.

In a similar case, activist Amal Fathy was arrested in the early hours of Friday morning, alongside her husband and three-year-old son, also on unknown charges, after she posted a video on Facebook criticizing the ongoing crackdown on political opposition in Egypt, as well as a number of other socioeconomic issues.